Organisers of the Perth International Jazz Festival are hopeful an expanded multi-stage event and a growing profile will help boost ticket sales this year by 13 per cent on 2013. 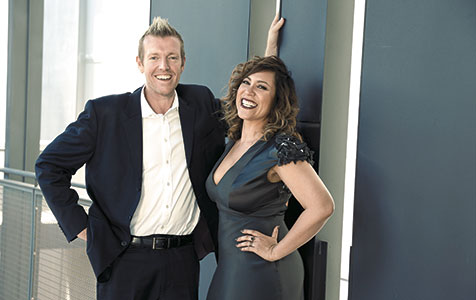 Organisers of the Perth International Jazz Festival are hopeful an expanded multi-stage event and a growing profile will help boost ticket sales this year by 13 per cent on 2013.

About 18,000 people attended events run as part of the inaugural festival last year – including free events.

Ticket sales reached about 2,200, or 96 per cent of the number of tickets on offer.

Artistic director Graham Wood told Business News this year’s target was to sell 2,500 tickets to events run as part of the May festival – a 13 per cent increase on last year.

“The festival exceeded expectations in the first year and everyone was quite pleased with how it came off and the atmosphere and buzz that was around,” Mr Wood said.

“Our longer-term plan is to be one of the best jazz festivals in Australia, obviously that’s going to take years of work and time, but we’re expecting modest growth for the second festival.”

He said the first event broke even and this year’s festival had the potential to make a small profit.

The decision to run the festival hinges the board’s ability to secure corporate sponsorship, with about 70 per cent of turnover coming from sponsorship and the remaining 30 per cent from ticket sales.

“Whenever you do these things it’s always heavily dependent on receiving government funding and corporate sponsorship,” Mr Wood said.

“It’s a tough climate at the moment trying to be out and raising support, but it’s a win-win situation if we get it right so it’s really about selling the message about what the potential advantages are for both the partners and the city.”

While the size of this year’s festival in terms of acts and number of stages will be about the same last year, the event will include an expanded multi-stage event at Brookfield Place following a ramped-up sponsorship agreement with Brookfield.

The property conglomerate was a minor sponsor of the 2013 festival but has upped its involvement to become the principal sponsor in 2014.

As a result, bars and restaurants in Brookfield Place will play host to a range of acts, creating an inner-city mini music festival atmosphere.

“We’re doing a big three-stage extravaganza called Jazz Plaza, which will be about five hours of music encompassing all of the bars and restaurants,” Mr Wood said.

“It’ll be a great one-ticket entry for a really vibrant afternoon and evening of music.”

Establishing the festival has been a divergence from Mr Wood’s experience as a jazz musician, director of music at Edith Cowan University and founder and co-owner of the Ellington Jazz Club in Northbridge.

“It’s been a big learning curve in terms of how to work in this type of environment including securing sponsorship and working in the not-for-profit sector,” Mr Wood said.

“But (the biggest challenge) has probably been selling the message of what the festival’s all about to a wide range of people.”

Western Australia has had jazz festivals in the past, including the York festival and another in Fremantle, and Mr Wood said it was the lack of a suitable forum for musicians to showcase their talents that had prompted him to launch festival in 2012.

“When we started in 2013 there was no jazz festival of any note in Western Australia so absolutely there’s a need both from a musical perspective, but also from a wider cultural perspective,” he said.

“It’s almost embarrassing really to not have what would be considered a normal event on artistic calendars for other cities.”

Mr Wood said the Perth market and musicians alike had responded well to the festival with both attendees and performers willing to travel despite the comparative remoteness of the location.

“I’m tapping a lot into contacts that I have (in the music industry) and trying to make the most out of the resources that we have to convert into the national and international artists that we’re able to secure,” he said.

“Musicians want to play – they’re not really that concerned about whether it’s in Perth, Europe or Asia; they’re more concerned about making sure the event is well organised and they know they’re going to have decent performance spaces and accommodation and things like that.”

Meanwhile, Mr Wood’s goal of having the festival established as a renowned event national and international event would be measured by the number of attendees willing to travel to Perth.

He said the first year brought hundreds of people outside of Perth to the region, and the festival team would analyse data from this year to establish whether that increased.