It is hard to see investment conditions getting worse than they have been for the past few years, with analysts in Asia optimistic about China’s potential. 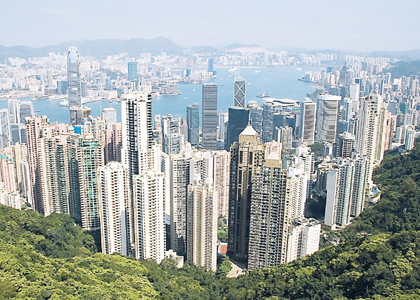 TRADE BOOST: The view from Hong Kong is positive, with HSBC suggesting ‘‘improving data in China holds the prospect of a regional boost in trade and growth’’. Photo: iStockphoto

It is hard to see investment conditions getting worse than they have been for the past few years, with analysts in Asia optimistic about China’s potential.

IN theory, the Australian stock market should be booming for the simple reason that a yawning value-gap has opened between the return offered to an investor from most dividend-paying shares, and the low interest rate paid on bank deposits.

In reality, the boom has been postponed because there is an even more powerful force at work than the greed that draws investors to the promise of a high investment yield - fear.

Tug-of-war is one way of describing the battle under way in most of the world’s stock markets, as business struggles to pick up speed after four bad years, and government tries to retire debt after four worse years.

Banks are the best example of the value gap, but if you look beyond the obvious there are astonishing yields on offer from most blue-chip companies, especially when compared with interest rates offered on blue-chip deposits.

In the banking world, an investor can park his cash at National Australia Bank for between 2.9 per cent for 60 days, and 4.6 per cent for five years.

Alternatively, he can buy shares in the bank for about $24.87 each and receive an annual dividend of around $1.80 a share, which equates to a return of 7.2 per cent on the money invested, and up to a 10 per cent yield on a fully franked basis.

That equation is even more interesting when comparing bank shares with government interest rates, which yield around 3.1 per cent on Australian Treasury bonds - a bonanza compared to the 1.7 per cent on US 10-year Treasury notes, 1.8 per cent on UK 10-year Gilts, or 0.77 per cent on 10-year Japanese notes.

What Australian investors might soon start to see is that the value-gap goes beyond the banking world, because blue-chip industrial, commercial, and even resources company shares have also been elevated into a more appealing class after the latest round of interest rate reductions.

Woolworths and Wesfarmers, which dominate food retailing in Australia, currently yield 4.4 per cent and 4.8 per cent respectively, while shares in the Crown casino business controlled by James Packer can be acquired on a yield of 3.7 per cent.

However the really interesting trend on the Australian stock market today is that BHP Billiton and Woodside Petroleum shares can be acquired as 'yield plays’.

If the theory is so clear-cut, why isn’t it working when it looks like a portfolio of blue-chip stocks is so much more attractive than depositing savings in a bank?

The answer is fear. More specifically, it is a combination of uncertainty about future profits and dividends, and doubts how the world will perform under a re-elected President Obama in the US and a freshly appointed president of China, Xi Jinping.

Capping off the fear factor are the ongoing uncertainties about: whether Europe can return to growth, or whether it is condemned to decades of decline in much the same way Japan once boomed and then lost its way; and whether Australia will undergo a change of government at next year’s federal election.
On balance, it is actually quite hard to see investment conditions getting worse than they have been for the past few years.

The risk, as market analysts like to say, is on the upside as economists at Hong Kong and Shanghai Banking Corporation argue in their latest view of the region.

“Improving data in Chma holds the prospect of a regional boost in trade and growth even as demand in the West moderates,” HSBC said.

That sort of optimism, from a bank plugged directly into the Chinese economy, sits very comfortably with the theory that Australian shares are poised for a few good months, especially as investors compare the appeal of yield and growth versus low interest on bank deposits.

Power in their hands

TEARS about the fate of Europe as a viable economic union could be more accurate than even the most pessimistic critic might imagine if the latest loopy plan from Berlin and Brussels is a guide.

Slowly dawning on governments in Europe is that they have created another cash-consuming monster in the form of the subsidies paid to generators of renewable power.

In effect, it is a giant version of the problem Australian governments created for themselves by offering over-generous payments for electricity generated by household solar panels - a problem fixed by governments reneging on deals signed with householders.

In Europe, the problem is that solar and wind farms are starting to produce market-distorting amounts of power thanks to a dramatic increase in installations.

There is, in fact, so much subsidised renewable power entering the system that conventional coal and gas-fired power stations are losing money, with some planning to close.

‘Yippee’, say opponents of fossil fuels, until it dawns on them that wind and solar power has two problems - it only works when the wind blows or the sun shines.

The system will break down if too many gas and coal power stations are put out of business, leading to the stunning proposal that ‘capacity payments’ be made by governments to fossil-fuel power station operators to keep them in business to ensure the integrity of the system.

Think about it. One layer of taxpayer-funded subsidy drives some power stations out of business and the solution is to pay a second round of subsidies.

If the suggestion had not come from a region that once paid farmers to not farm, the subsidy-on-subsidy proposal could be dismissed as fantasy.

Sadly, it is not a fantasy. It is a serious proposal, and it is another reason why Europe can be dismissed as a region condemned to economic irrelevancy.

IF a viable electricity supply system is not considered sufficiently important there is something even more important that Europe is losing - control of the world chocolate market.

Fast-growing countries such as China, India and Brazil are where growth in chocolate consumption is occurring, with the accounting firm KPMG calculating that more than 50 per cent of the world’s chocolate is now consumed in emerging countries.

“Government’s first duty is to protect people, not run their lives.”
Ronald Reagan