Global company Intertek has consolidated its Perth operations into one of the world’s largest minerals testing laboratories, with 500 staff and a desire for more. 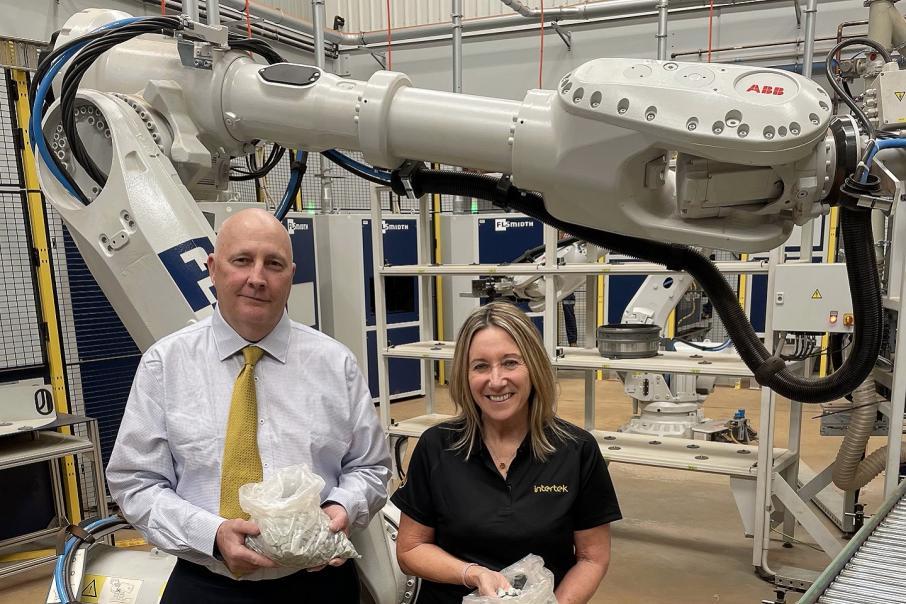 John Fowler and Cathie Mackenzie in front of a 3kg mill sample robot.

Global company Intertek has consolidated its Perth operations into one of the world’s largest minerals testing laboratories, with 500 staff and a desire for more.

The 20,000 square metre facility in Maddington replaces operations that were previously scattered across nine locations.

The new facility includes a substantial investment in robotic equipment, with Intertek claiming it has more automation than any other minerals testing lab around the world.

“The new centre consolidates our Perth operations into what is Intertek Minerals’ largest global laboratory, and in fact one of the world’s largest and most technologically advanced minerals laboratories,” Mr Fowler said.

Mr Fowler said Intertek was seeing unprecedented growth in demand for testing services and corresponding growth in the number of samples being provided, which meant laboratory capacity and human resources were increasingly critical.

The company is looking to recruit extra staff to lift capacity but like many WA businesses is constrained by labour shortages.

Instead it has invested in increased instrumentation and new robotic automated systems, which will increase capacity by 25 per cent to more than 2.5 million mineral samples per year.

The new facility will help Intertek compete against other big players in the market, including global operators SGS and Bureau Veritas.

Another big competitor is ASX-listed ALS, which has 450 staff in its geochemistry division in Western Australia.

ALS is working to expand global capacity across its geochemistry network by 15 per cent this financial year.

Perth company Perenti Global is also a competitor through its Minanalytical subsidiary, which was the first to market with the Chrysos PhotonAssay technology.

Mr Fowler said revenue had grown at least five times since the purchase but Intertek was aiming to keep the strengths of the original business.

This included a focus on customer relations.

“When our customers visit here, they are talking to a lot of people that worked here when Terry owned the business,” Mr Fowler said.”

“The big advantage of being a multinational corporation is the ability to invest. Terry could never have done this.”

Mr Fowler said a big focus for Intertek was a focus on quality.

“Genalysis was well recognised for its quality which fit very well with our philosophy.

“Our value proposition is consistent delivery of quality data.”

Editor's note: The next edition of Business News will include an in-depth report on mining technology in WA. Out on Monday 6 September.