Insect protein just not cricket(s), yet

The production of crickets for human and animal consumption could be a fresh frontier for Western Australia’s agribusiness industry, if a Pinjarra-based small business fulfils its potential. 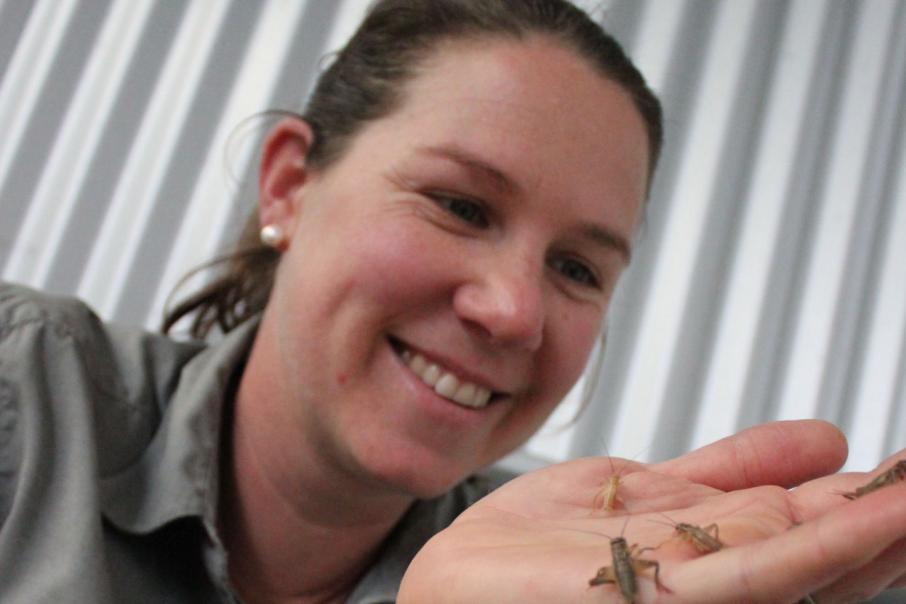 Grubs Up founder Paula Pownall says her plan was to start selling into the human food market.

The production of crickets for human and animal consumption could be a fresh frontier for Western Australia’s agribusiness industry, if a Pinjarra-based small business fulfils its potential.

Grubs Up is making tentative steps towards growing an insect protein market in WA, with a handful of restaurants and cafes using the startup’s cricket protein powder in meals, and others keen to serve the bug as a bar snack.

Founder Paula Pownall said her plan was to start selling into the human food market to gather the capital for a move into animal feed.

“Our point of difference is that we’re a double-sided marketplace, in human food and animal feed,” Ms Pownall told Business News.

Grubs Up has bootstrapped its funding so far, with a search for potential investors at least 12 months off, Ms Pownall said, although there has already been interest.

The first part of the plan is to bolt down the economics and ensure it is viable in Australia.

“I’ve got a 122 square metre shed that we’re trialling a whole bunch of ways to grow (crickets)  in,” she said.

“We’re also in the middle of building a hot house to maximise humidity and outside temperature.”

Later down the track, Ms Pownall reckons construction of a commercial cricket growing facility would start at $500,000.

“We’re really interested in value adding to all our products, in terms of animal feed, we would like ownership or the intellectual property over the recipe,” Ms Pownall said.

“With human food, we’d much prefer to sell a complete range.”

She said she didn’t expect people to immediately want to eat crickets.

“I think it needs to be branded from the top down,” Ms Pownall said.

“Once high-end restaurants or gourmet food festivals have it, people want to capitalise on the experience, and in 10 or 20 years time it may come to that.

“But for the moment I think really it’s a niche market in terms of bodybuilders, health food stores, (etc).”

Globally, there are moves to new food sources driven by growing population and increasing wealth in Asia driving demand for protein.

One telling statistic is that more than 2 billion people in the world already supplement their diets with insects, according to the United Nations Food and Agriculture Organisation.