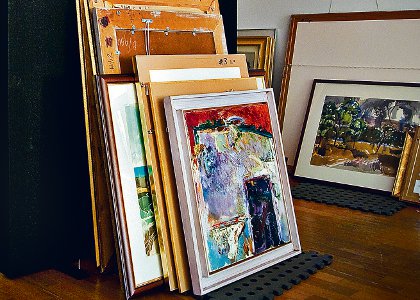 THE arts sector has been stirred up since last year’s release of the Cooper review into Australia’s superannuation system, following recommendations that art and collectables be removed from self-managed super fund (SMSF) investments.

While that suggestion was rejected by the federal government, draft regulations have emerged, which, if approved by the Senate in August, will impose strict regulations around storage, insurance and leasing of art and collectables held in self managed superannuation funds.

The draft regulations have attracted mixed responses in submissions to Treasury.

It adds that the definition of a ‘collectable’ is limiting, and questions whether other collectables such as racehorses and gold bullion should be included.

SISA says regulations that stopped the leasing of artwork will “severely limit’’ the ability of SMSFs to derive an income return from the collectable asset.

Many of the submissions questioned definitions in the proposed regulations.

While the SMSF Professionals’ Association of Australia (SPAA) largely supported the draft regulations, it said further clarification was required regarding the extent to which an item would be subject to the rules should it be utilised in a way that contributes financially to an SMSF.

“It seems unreasonable that the regulations would deny the use of an asset if its use was needed to legitimately maintain the value of the asset,” SPAA said.

The Institute of Chartered Accountants in Australia supports the regulations. However, it said a more appropriate definition of ‘private residence’ was required, in terms of leasing to or storing in a private residence.

It also suggested sub letting should be banned with regard to art in super funds. The institute also supported new insurance rules and the requirement to gain asset valuation prior to an SMSF’s investment in art.

Overall, independent submissions opposed against the regulations, with one individual saying the government was “bereft of the knowledge needed to calculate unintended consequences” and referring to an “Orwellian need to cut enjoyment” in Australia.

In his submission, GFL Fine Art director Ian Flanagan said the recommendations were made by an ill-equipped Stronger Super panel.

“None within that group are art industry stakeholders nor do they collectively have the knowledge or experience to frame recommendations for government concerning the Australian fine art industry,” he said.

Mr Flanagan referred to the impact of the regulation stipulating that each trustee of a SMSF would commit an offence if it holds artwork in the fund, which is stored in the private residence of a related party of the fund.

Mr Flanagan said the changes would not benefit Australians; rather, “they will only simplify the regulator’s task and injure an industry in the process”.

WA doctor and Australian contemporary art collector Michael Levitt wrote in his submission: “The notion that eliminating the tax concessions for purchases of art by SMSFs is going to result in some sort of windfall for the ATO is patently wrong; SMSF directors will simply redirect their investment dollars along with the same tax concessions to other investment targets. Other investment vehicles might benefit but art will be damaged.’’