The economic rationale behind the plan may be sound, but the prime minister and WA premier need to tread carefully when it comes to closing remote communities. 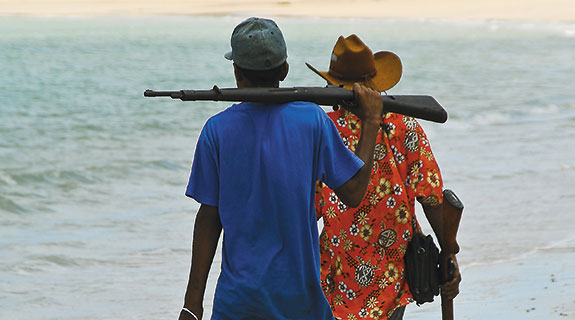 The economic rationale behind the plan may be sound, but the prime minister and WA premier need to tread carefully when it comes to closing remote communities.

The recent experiences of Tony Abbott and Colin Barnett over the issue of isolated indigenous communities show that one false step, or one word out of place, can have significant political repercussions.

In Mr Abbott’s case it was his reference to the ‘lifestyle choice’ of Aboriginal people as to where they lived that brought a storm of protest. For Mr Barnett it was the conclusion that less money to fund isolated communities meant that up to 100 might have to close.

The result was the same; strong condemnation for a heartless approach, with some critics even resorting to the racist tag.

The track record of the two leaders on indigenous matters indicates that accusations of racism are out of place. Mr Abbott has shown an extraordinary commitment to relevant issues, especially when in opposition, and Mr Barnett’s attempts to improve the job prospects of Kimberley Aborigines over the planned James Price Point liquefied natural gas precinct was commendable.

Their experience shows that, for Liberal leaders especially, even to be contemplating reduced services to Aboriginal communities due to budget cuts will bring condemnation.

But they are not alone. Former Labor premiers Geoff Gallop and Alan Carpenter were roundly criticised from some quarters for several measures they implemented.

Dr Gallop introduced a curfew on children – mostly Aboriginal – roaming through Northbridge and Perth railway station at night. After being accused of racism for targeting indigenous children, Dr Gallop’s response essentially was that it was irrelevant who the children were; roaming through that area late at night was risky, and the children would be held in a safe place until collected by a responsible adult.

He also, with Mr Carpenter as the relevant minister, bit the bullet and closed the Noongar community at Lockridge after an inquiry into the death there of a 15-year-old girl. The report was critical of community leader Robert Bropho, who strongly resisted the closure. But the government prevailed.

Mr Bropho was later convicted of sexual abuse offences, and died in jail in 2011.

The latest issue has emerged because of a cutback in Commonwealth money for isolated communities. This has resulted in a clash of priorities. Mr Barnett has noted that some of the state’s 270 or so isolated communities are home to only a handful of people. Continuing to provide essential public services to all of them is simply not cost effective.

The premier also raised the issue of sexual and domestic abuse, and the need for relevant education and meaningful jobs. His critics stress the importance of the connection between the people and ‘country’, inferring this should continue undisturbed.

Whether if Mr Abbott had used the term ‘personal preference’ instead of ‘lifestyle choice’ would have made any difference in his case is uncertain. He’s fighting for his political life and any word out of place is automatically seized on by his critics.

Mr Barnett’s dilemma is that, with revenue growth falling short of projections, the pain from spending cuts will have to be shared. In the absence of a fairy godmother, that probably means indigenous spending as well.
Publicity splurge

REMEMBER the state government’s advertising campaign late in its first term, noting new projects around the metropolitan area as ‘all part of the bigger picture’? Labor slammed it as a political exercise, while the government defended it as ‘educational’.

The message was impressive. But it did have all the hallmarks of political advertising. If the Liberal logo replaced the government badging, few would have been surprised. However, it was taxpayers who footed the bill, in a time of budget surpluses.

Now, at a time of big budget deficits, the government has done it again. This time it’s the Bigger Picture Regions information campaign, which the government says will provide Western Australians with detailed information about state investment in regional WA.

Justifying the $915,000 splurge of taxpayers’ money, the Regional Development Minister, Terry Redman, said there had been unprecedented investment ($5.6 billion in fact) in infrastructure and services under the Royalties for Regions program, but research showed people wanted to know more. Really?

“The government has a duty to ensure regional communities know how their money is being spent,” Mr Redman said. “People want to know they’re part of a plan and this is our chance to tell them that we have a plan for regional WA.”

So, at a time of mounting debt and cutbacks to public sector services and employment (and as Treasurer Mike Nahan grapples with a difficult budget to be delivered in May), one arm of the government decides to embark on yet another advertising campaign, which should be paid for by the National Party.

Both sides do it, of course; it’s one of the spoils of office. But the advertising rules, and the royalties program itself, must be tightened as a matter of priority.