Despite the naysayers, there is nothing about the Australian housing market that makes it obviously vulnerable. 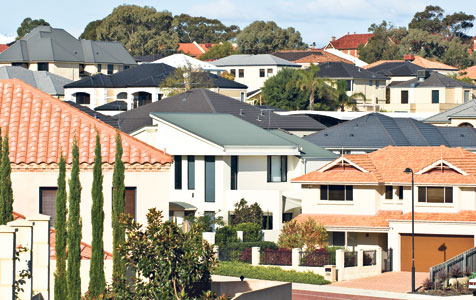 Relatively high levels of debt to GDP, or high house prices relative to income, are not obvious ‘red flags’, in our view. These were not intrinsic features of the US housing market correction in 2006, so why are they so obviously ‘bad’?

In broad terms, we see the recent recovery in established house prices as having been more or less ‘appropriately engineered’ by a stimulatory monetary policy stance designed to encourage non-mining domestic activity.

In a market characterised by an aggregate undersupply of housing, rises in established house prices provide the necessary catalyst to stimulate housing construction.

Our understanding of the nation’s housing market dynamics lead us to draw the following conclusions.

• The recent recovery in house prices is a cyclical development from a structurally sound base.

• The rise in house prices is unlikely to be complete. We expect further near-term strength in the nation’s capital cities, and this can be expected to filter into other regions as long as interest rates remain low and affordability remains high.

• There are also some factors that can be expected to limit the extent of further price appreciation, however. Australian households’ approach to leverage has become materially more conservative over the past half-decade. As a consequence, the household debt-to-GDP ratio is more likely in our view to move sideways or fall slightly, rather than increase, as the factors that drove the extraordinary rise in the debt-to-GDP ratio over the 15 years to 2006 appear to have largely ‘flamed out’.

• Moreover, the undersupply gap that has been a persistent feature of the Australian housing market has most likely narrowed, reflecting a moderation in population growth and an improvement in the pace of building approvals.

• Despite the sometimes breathless reporting of housing market dynamics, when set against the recent experiences of other countries there is nothing about the Australian housing market that makes it obviously vulnerable, in our view.

• At the same time, however, there is also nothing about the market that leaves it immune from periods of speculative excess. In this context, the behaviour of housing investors over the period ahead, especially in key markets of Sydney and Melbourne, will be worth monitoring, as will the potential fallout in other cities.