Hot on the heels of this week’s earlier announcement that Glencore has agreed to pump A$14.4m into Hot Chili in return for a 9.99 per cent equity stake, Hot Chili has surprised the market with further news that it plans to raise $40 million to move to full ownership of its massive Cortadera copper-gold deposit. Hot Chili stock soared immediately by almost 20 per cent on the news. 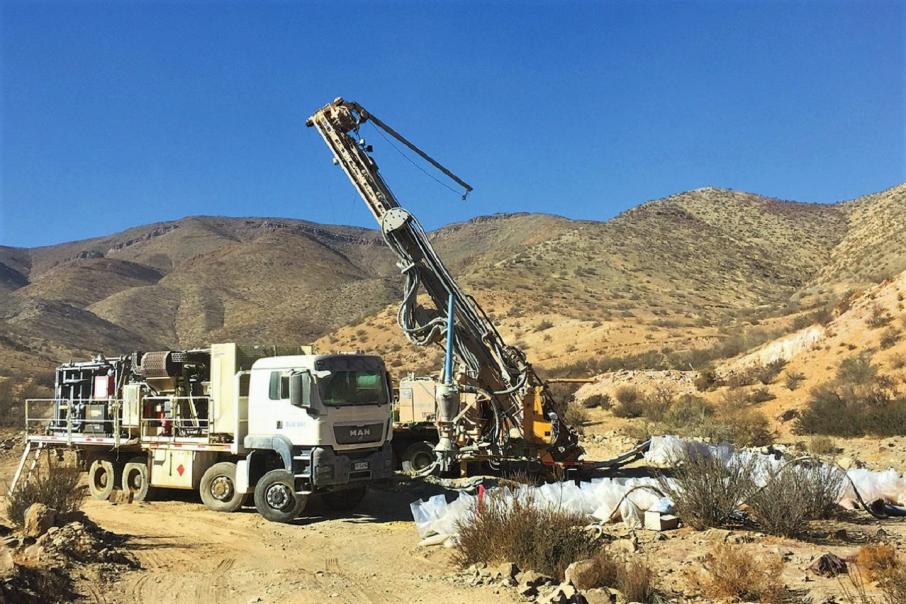 Hot on the heels of this week’s earlier announcement that Glencore has agreed to pump A$14.4m into Hot Chili in return for a 9.99 per cent equity stake, Hot Chili has surprised the market with further news that it plans to raise $40 million to move to full ownership of its massive Cortadera copper-gold deposit. Hot Chili stock soared immediately by almost 20 per cent on the news.

The $40 million raise will be split into a fully underwritten $4 million share purchase plan and a $35 million private placement, corner-stoned by the previously announced Glencore deal and underpinned by several big domestic and international investment players and some of Hot Chili’s largest shareholders. Glencore will emerge in pole position as Hot Chili’s largest shareholder with a 9.99 per cent interest.

The main purpose of the capital raise will be a US$15 million payment to secure 100 per cent of the massive Cortadera copper porphyry discovery in Chile. The project is part of the company’s massive Costa Fuego project that contains a whopping 724 million tonnes grading 0.48 per cent copper equivalent, including 2.9 million tonnes contained copper, 2.7 million ounces of gold and 9.9 million ounces of silver plus a healthy 64,000 tonnes of molybdenum.

Hot Chili’s nest of porphyry copper-gold deposits at Costa Fuego already makes the project one of the most globally significant copper discoveries in the last decade. Cortadera is one of two major global copper discoveries of the past five years or so – the other is Rio Tinto’s revered Winu project in WA.

The funding will also deliver a major resource upgrade and pre-feasibility study for the Costa Fuego project.

The $35 million private placement to selected investors will see new shares issued at $0.032 per share. The fully underwritten A$5 million share purchase plan will allow participation by all shareholders under the same terms as the private placement. In total, 1,093,750,000 new fully paid ordinary shares are up for grabs. The strategic cornerstone investment by Glencore was made as part of the private placement. Glencore will appoint a representative to the Hot Chili board.

Hot Chili is now the largest ASX-listed copper developer, and importantly, it is the only major copper-gold porphyry developer in the Americas that is not listed in North America. Full ownership of the massive Cortadera copper porphyry project, a strong cash position, rapid resource growth and now backing by mining giant Glencore will provide a compelling foundation for the company’s plans to dual list on the Toronto stock exchange later this year.

Along with Glencore who will subscribe for $13.93 million under the placement, a second new major new shareholder will be an associated entity of Hot Chili’s Chairman, Murray Black, who has opened his purse strings for a tidy $3 million after continuing to back the company since inception.

The issue of 665,004,511 shares under Tranche 1 of the private placement will not be subject to shareholder approval and will be made within the Company’s 25 per cent placement capacity under Australian Securities Exchange listing rules. The general share offer is subject to shareholder approval at the next meeting anticipated to be on or around 15 September 2021. The issue price of $0.032 cents per new share represents an 11.1 per cent discount to the Company’s last closing price. The share purchase plan offer period will open on Tuesday, 17 August 2021 and is expected to close at 5 pm AWST on Friday, 10 September 2021.

Hot Chili’s progress with the Cortadera acquisition and development has been astonishingly rapid with the deal struck in early 2019, world-class drill results delivered by mid-2019 and a maiden resource announced just over a year later. And now, only four years into the project, the Perth-based explorer will be the 100 per cent owner of one the largest copper deposits in the world.