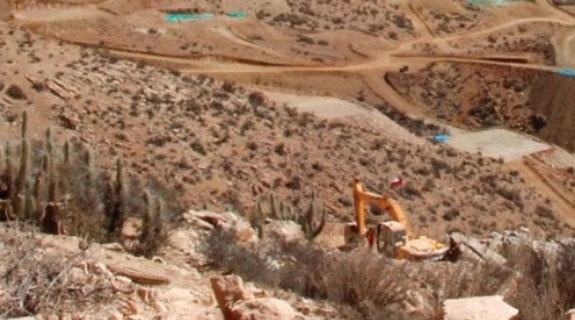 The company raised the $8.1 million by way of a placement of 67 million shares to its major shareholders at 12 cents each.

The price of the placement was in line with the company’s 20-day volume weighted average price.

Blue Spec Sondajes, a drilling company associated with Hot Chili chairman Murray Black, has agreed to subscribe for $2.6 million in the raising, equal to a 5 per cent stake in the company.

Other major Hot Chili shareholders that have subscribed to the placement include Taurus Funds Management, Megeve Investments, and Exploration Capital Partners.

The company said the raising would enable it to complete a pre-feasibility study on its Productora copper project in Chile without increasing its debt, and would not be required to draw down a remaining $US8.5 million facility provided by Sprott Resource Lending Partnership.

The facility has also been extended by 12 months, and will be fully repayable by June 30 next year.

Hot Chili has paid an extension fee of 5.2 million shares to Sprott.

“Instead, the Sprott facility, which is currently drawn down by $US10 million, will give Hot Chili funding options, including for drilling, should the results of the current exploration program at the Alice copper porphyry deposit warrant an expansion of the campaign,” the company said.

It also said the completion of the pre-feasibility study would trigger a $US26 million payment from CMP, its joint venture partner at Productoria, should it wish to exercise an option to increase its stake in the project from 17.5 per cent to 50.1 per cent for a price of between $US80 million and $US110 million.

The final figure will be determined by an independent valuation following completion of the pre-feasibility study.

“This financial strength and the options it gives us are highly significant, given we are now underway with first drill testing of large-scale porphyry potential in the centre of our planned development,” he said.