Hammer Metals has kicked off a 15,000m aircore drilling campaign at its Bronzewing South gold project in the prolific Yandal gold province in Western Australia. The drill campaign will test four targets across the Orelia trend, located along strike of the historical Cockburn and Lotus pits, currently held by Echo Resources. The Cockburn and Lotus pits have a solid combined resource of 1.1 million ounces of gold. 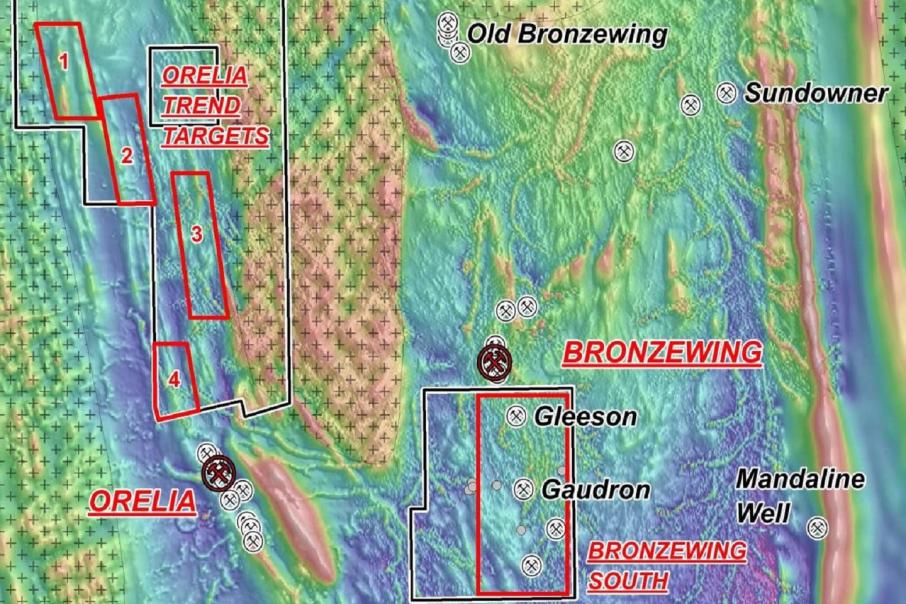 Multi-commodity explorer, Hammer Metals has kicked off a substantial aircore drilling campaign at its promising Bronzewing South gold project, located in the centre of the prolific Yandal gold province in the northern West Australian Goldfields region.

The 15,000 metre program will test four targets across the Orelia trend.

This prospective corridor is located along strike from the historical Cockburn and Lotus pits, currently held by Echo Resources, which have a solid combined resource of 1.1 million ounces of gold.

The Orelia trend spans over a distance of 14km and Hammer has identified multiple prospective targets across three main structural zones.

Explorers have been focussed on this area in the past with historical drilling having taken place prior to Hammer picking up the ground in May this year.

Exploration across the Orelia trend was also tempered during the late 1990s and early 2000s as the ground was locked up in a legal dispute and the prevailing gold prices were quite low at that time.

Adding to the compelling nature of this story is the fact that the Bronzewing mine discovery hole contained just a few metres grading 0.3g/t gold in weathered material and 12m grading at 1.1g/t gold at around 80m depth.

Given the pedigree of the surrounding district, all eyes will be on Hammer as it vectors towards what it hopes will be its own company-making discovery at this underexplored project.

Hammer Chairman, Russell Davis said:“This is the second Hammer program to be undertaken on the Bronzewing South project. The Orelia trend has multiple zones of gold anomalism which warrant further definition before follow-up with RC drilling”.

The company is also well funded now to advance its Bronzewing South play with a placement in July raising $1.76 million for the company.

Both Davis and fellow Hammer non-executive, Ziggy Lubieniecki have their own pedigree too, with both players having played a role in the founding of mining and exploration heavyweight, Gold Road Resources.

Both hit their kick to stump up funds for the last placement too - always a good sign.