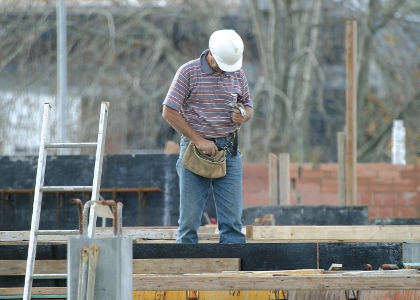 The Housing Industry Association has launched a stunning attack on the state government, saying its recent efforts to kick-start the sputtering new homes sector do not fix fundamental problems with the new Building Act.

An email sent by WA executive director John Dastlik to HIA members said the lobby group had warned the government that the recently-introduced Building Act was “the most dysfunctional piece of legislation ever introduced into the Western Australian home building industry”.

"It is not working to improve the system," Mr Dastlik told WA Business News.

"But now that we know that there are problems, let’s get the bloody thing fixed.

"There are no approvals going out, they are really reduced, and applications going in are very low, so it’s had a knock-on effect.

"We don’t care how it happens; we just want to get it fixed so we can get the building industry going again."

He said the Act created too many uncertainties which required interpretation by builders and building authorities, which had resulted in an inconsistent implementation of the new regulations across local councils.

Mr Dastlik urged HIA members to contact their local member of Parliament to voice their concerns.

"It’s not just builders by the way, because this impacts on manufacturers and contractors and they are already starting to see the effects of this with no orders coming through," he said.

The campaign today coincides with the state opposition’s release of its plan to streamline the planning and housing approvals system.

Commerce Minister Simon O'Brien said today he was "continuing to work with my ministerial colleagues and with industry groups to find both quick fixes and longer-term solutions to this decline".

Mr O'Brien said he had also been in contact with local council CEOs and several lending institutions.

"As I have said, this is a complex issue and one which requires a co-ordinated response. Once appropriate amendments have been drafted, we will give the highest priority to getting this legislation through Parliament."

Opposition leader Mark McGowan called on the state government to restore confidence to the industry, which was reeling in the face of the slowdown in approvals.

“If Parliament needs to be recalled during the winter recess so be it, it is clear that more than the Premier’s ‘tinkering’ may be needed to resolve this crisis,” Mr McGowan said.