Gym wants to be first in fitness

Australia’s largest full-service fitness chain is planning big changes after admitting to major problems in the way the private equity-backed business has been run. 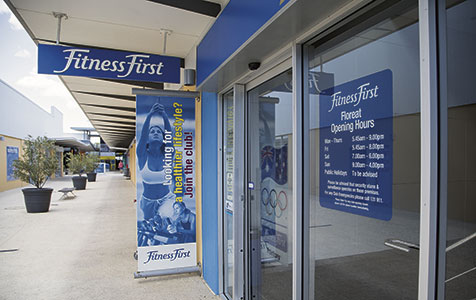 Australia’s largest full-service fitness chain is planning big changes after admitting to major problems in the way the private equity-backed business has been run. 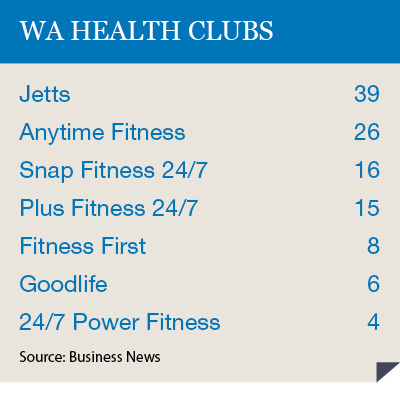 The new owner of Fitness First Australia decided early on that the struggling business needed more than a trim and tone.

Instead, the business has started a complete rebuild, starting this month with the launch of new branding, a new pricing strategy and new services.

Fitness First has traditionally been a market leader among full-service health clubs in Australia but has struggled in recent years.

It has also lost market share to low-cost gyms such as Jetts 24 Hour Fitness, Anytime Fitness and Snap Fitness 24/7.

Fitness First Australia marketing director Anthony McDonough is up front about acknowledging the problems in the past.

“There were lots of bad habits under the old management where people would get locked into contracts,” Mr McDonough told Business News.

“That led to us being the most recognisable fitness brand in Australia, but also the one that nobody trusted.”

The number of Fitness First clubs in Australia peaked at 99 in 2010, a decade after the brand entered the local market.

“Like most organisations that become a dominant market leader with very little competition, they become lazy and lose sight of what’s important, and in our case that’s the members,” Mr McDonough said.

“We had a reputation that we put finance first, ahead of our members and ahead of investing in our clubs.”

Fitness First has eight gyms in Western Australia, with the newest being a ‘platinum’ gym at Brookfield Place.

Goodlife has built one new club in WA and bought eight more (seven Zest clubs since 2010 and one Healthy Life club) but currently has six clubs in its network due the closure of three centres.

Chief executive Greg Oliver said Goodlife always planned some consolidation when it made the Zest acquisition and insisted the business was performing well.

Its most recent September quarter results included a 5.4 per cent growth in underlying earnings, after adjusting for new clubs, with one of the contributors being the outsourcing of its personal trainers, who now operate as independent contractors.

The big challenge for all full-service gyms has been the rapid expansion of the low-cost gyms, which have grown rapidly in number during the past five years.

Franchises like Jetts, with 39 gyms in WA, and Anytime Fitness, with 26 local gyms, have struck a chord with people who like their low cost, flexibility (no long-term contracts) and extended trading hours.

An added challenge for Fitness First in the aftermath of the GFC was the weak balance sheet of its parent company.

“They also gave us capital to regrow the business,” Mr McDonough said.

“Andy came in and said ‘you guys are lazy, you have lost sight of the consumer, you need to refocus on the members’,” Mr McDonough said.

“That led to a whole refocus for the business.”

The changes announced this week include a ‘pay-as-you-go’ membership option, which allows customers to pay up-front for a specified number of gym visits.

Another initiative is the so-called fitness guarantee, which makes it easy for regular visitors to cancel their membership contract.

“Most people say they will come three or more times a week,” Mr McDonough said.

“What we’re saying is that if you live up to that commitment, you can leave at any time with no fees to pay and no notice period required.”

Fitness First has also endeavoured to simplify the terms and conditions on its membership contracts, after getting them vetted by a ‘plain English’ review.

“Those changes sound really simple but they are actually huge investments when it comes to how much money that takes off our bottom line. What we’re trying to do is get rid of the bad profits in our business,” Mr McDonough said.

In tandem with that, it is upgrading its training programs for its 4,500 staff and 1,100 personal trainers.

The business is also selectively extending its trading hours after surveying its members.

WA state manager Danny Hayes said he was looking at earlier opening times at some CBD clubs, probably at 5am, and later closing times at some of the bigger suburban clubs, such as Cannington, which was likely to stay open to 10pm.

Mr McDonough said Fitness First was open to growth opportunities but its main goal was to lift standards in the existing network.

“The main focus in 2014 is to consolidate our network and really lift the standards in the gyms we have,” he said.