Getting narrative right for booming Perth

Perth is clearly much more than a mining town and we need to determine exactly what it looks like now. 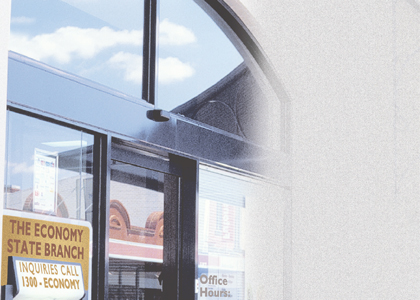 WORRIED: There were fears a decade ago Perth was losing businesses and would become a branch economy.

Perth is clearly much more than a mining town and we need to determine exactly what it looks like now.

AT WA Business News we have often talked up the value of Perth’s role as a hub or incubator for the resources sector.

While many of society’s commentators bag mining as a low-val-ue monoculture devoted to digging things up and shipping them out, I have always held the view there is a vast store of intellectual capital in Western Australia, which has created our own version of Silicon Valley.

Such hubs are to be nurtured as centres of excellence, not condemned as simply having all our eggs in one basket.

I have frequently argued that Perth has shown the value of the incubator through its extension from mining to oil and gas.

It has resulted in a lot of high-pay -ing jobs and amazing business opportunities for many ancillary skills, be it in software development, international law, materials analyses and engineering research and development.

It has been this strength in the resources sector, as well as the location of the actual resources, which has drawn many companies to locate in Perth, reversing the trend of the 1990s when WA seemed to be losing far more headquarters than it gained.

Just 10 years ago, the fear was Perth would be a hollowed out commercial shell, a branch office economy that lacked decision makers.

Thankfully, that concern has receded for the reasons I have provided above.

With that in mind, it is interesting to see a new report, Perth as a Global Minerals and Energy Resources Hub, released during the In the Zone conference at the University of Western Australia, describe a city with a hugely diverse population and labour force, with a heightened incidence of corporate control.

Launching the report, UWA School of Earth and Environment head Matthew Tonts said the research called for a shift in the traditional narrative of describing Perth as a “mining town”.

“Clearly, we need to focus on more than resource extraction,” Professor Tonts said.

As a result, the study sought to find out what was different about Perth’s current environment. “It was a question of uniqueness, and ‘where does Perth fit’? Or was this just another resource boom town?” he said.

By coincidence, during the past week I had had a long conversation with Peter Campbell, a Melbourne-based founding partner of Perth-headquartered international education business, Navitas.

For all the anti-resources naysay-ers, Navitas is an example of what can be achieved out of Perth. It is a global leader, an innovator and it is based here.

Mr Campbell said modem telecommunications and Perth’s time zone - not just for Asia but also Europe - made it a very effective place to base the business.

But there are issues Perth needs to face.

The resources boom caught many by surprise and the growth it brought conflicted with government policies to restrain the natural development of land and infrastructure.

The result has been rapidly rising house prices and, more recently, congestion.

Perth’s success as both a minerals hub and a place where other businesses could grow and thrive benefited in the past from being a cheap, safe place to live, which was easy to get around.

As Premier Colin Barnett highlighted this week with his concerns about transport congestion, some of those advantages have been lost. That is a pity because competition to host companies in resources and other sectors is increasing.

I had the good fortune to have an association, albeit very limited through sport and family, with former judge Alan Barblett.

The speeches at the funeral were moving, enlightening and humorous; a touching way to celebrate the life of someone who had done much and touched a lot of people.

You would need to read a biography to learn as much about the man as I did in just one hour - through anecdotes from his friends, colleagues and his wife Pat.

Not only was he a high-achiev-ing judge and big contributor to the judiciary, but the man also represented Australia in the Olympics, in hockey, and was a state champion in tennis.

Any one of these things alone would merit attention these days. And it is not as if he sacrificed all the other aspects of life to achieve these special things.

He packed it in in numerous others ways, going into farming among other challenges to fit into the life of an up and coming lawyer who would emerge at the pinnacle of the profession.

As always, I am struck by how much more people seemed to be able to achieve in the past.

While Mr Barblett might have been exceptional in any era, such a combination of achievements is, regrettably, increasingly unlikely these days as we become more specialised in various fields, often choosing a path in life at an early age.

Sport is an ever-increasing career direction, which, unsurprisingly, is attractive to young people who have natural talent.

In the 1940s and 1950s, there was little monetary reward for such interest and those that had the intellect and the wherewithal went on to develop professional interests that would earn a living.

These days, many sports people earn more than many traditional professions. And, after the body starts to wear out, coaching, commentating and administration offer post-athletic career paths.

As a result it is hard to find many sports people making a mark on society outside their given code.

Similarly, it is rare to find a professional at the top of their chosen field who has achieved at competitive sport. Career demands require that students apply themselves early on to get ahead; and many multi-tal-ented people forsake pushing themselves outside of one area for fear of spreading themselves too thin.

Unfortunately, there is a cost to this specialisation. Those at the top of their fields have less general knowledge about matters beyond their area of expertise.

I believe people with knowledge gained from testing themselves competitively in a number of fields are more likely to have a more rounded view of the world.

Importantly, they are more likely to be problem solvers because they learn from experience elsewhere to extend themselves when their knowledge in a given field appears to reach a limit.

As the world progresses, we may regret this specialisation. It is not from a nostalgic point of view that I suggest this, but simply practicality.

Our politicians, business leaders and even community activists are, increasingly, people who have only known one life. Their value is their knowledge on a given subject but that is also their weakness when they reach the pinnacle and there is no-one else to learn from.

If I were in court, for instance, I would want a judge who had seen more of life than the inside of a book, a library and a courtroom.