Restaurateur Kim Gamble is enjoying the country life in NSW after 30 years of running cafes and bars in Perth. 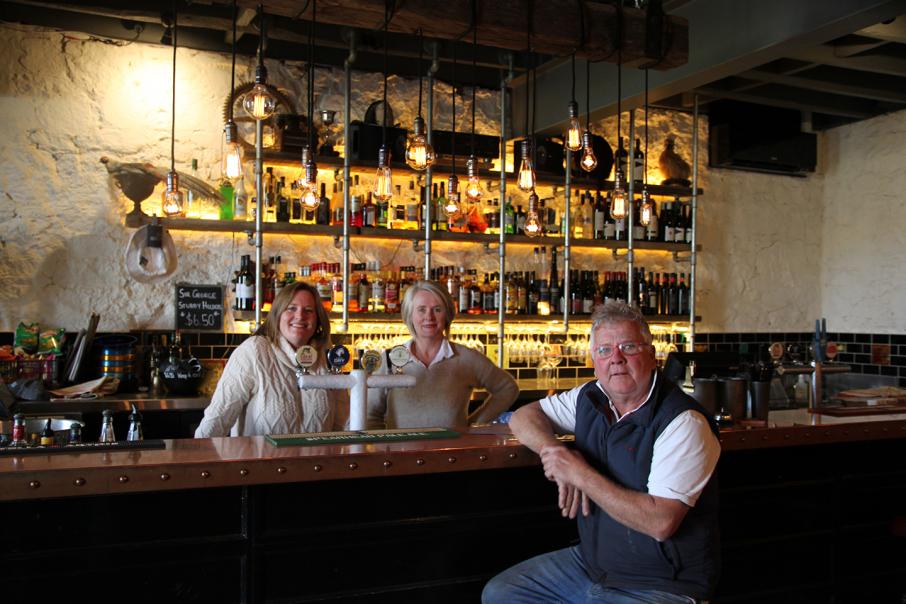 Restaurateur Kim Gamble is enjoying the country life in NSW after 30 years of running cafes and bars in Perth.

Jugiong is the kind of place that barely qualifies as a town.

With a population of 130, it is located just off the Hume Highway between Yass and Gundagai, which means it’s nearly halfway between Sydney and Melbourne.

Until recently it was best known for the Long Track Pantry – a rambling store that sells coffee, cakes and local produce and has been a drawcard for locals and travellers for 10 years.

Next door is the town’s old pub, which reopened last year after an extensive refurbishment.

The Sir George Jugiong has again become a thriving destination, and behind the bar is a face that will be familiar to many Western Australians. 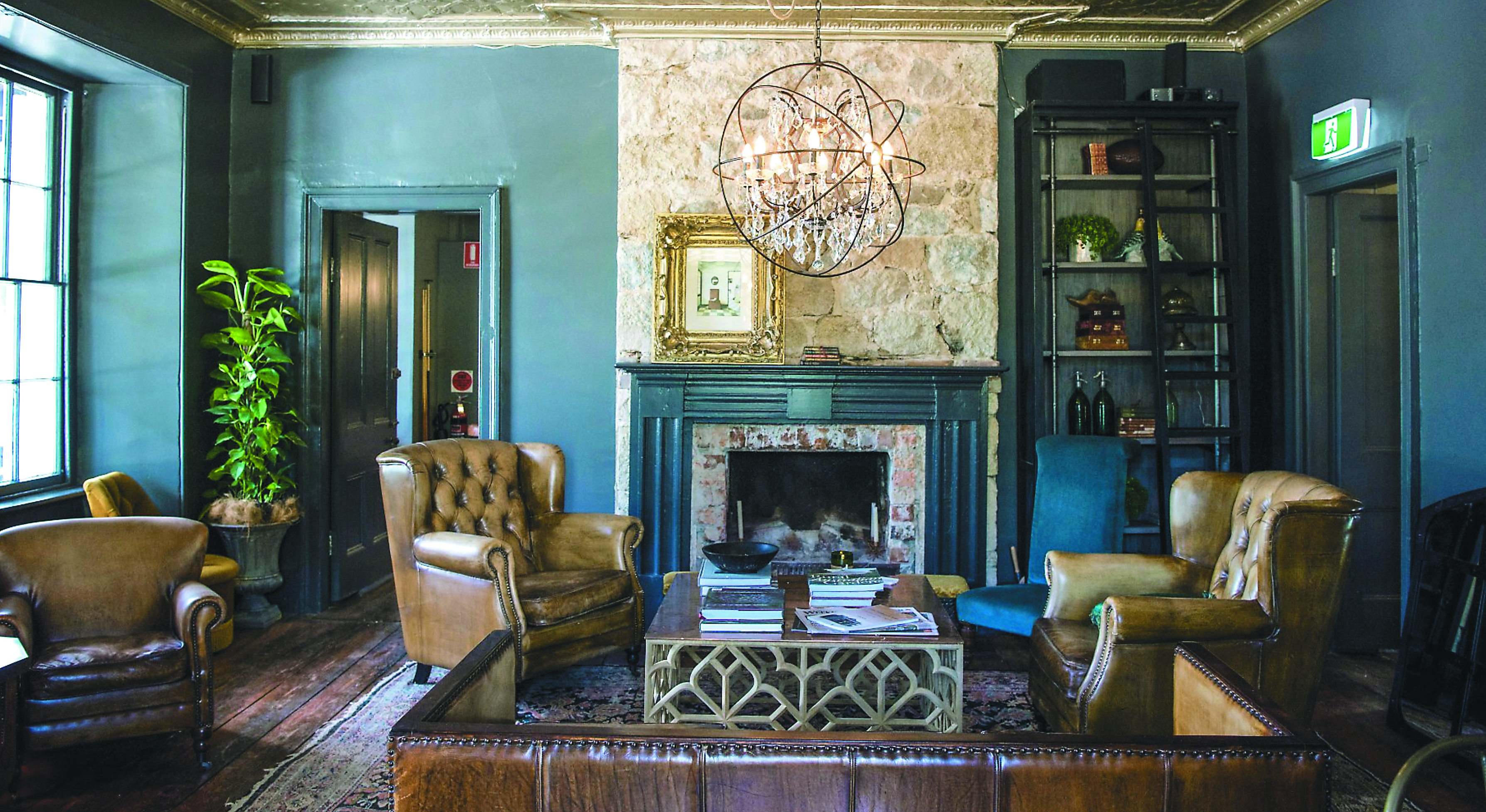 The hotel’s interior has been extensively upgraded with period furniture and modern fittings.

Kim Gamble developed and ran multiple venues in Perth over three decades, most notably the Blue Duck, and his stint in country NSW came about in an unusual manner.

His partner, Liz Prater, and her daughter Kate Hufton bought the Jugiong hotel in 2015.

That was after the pair visited Jugiong to see Ms Hufton and her partner, local sheep farmer Charlie Hufton.

“We were over here and saw this pub, but nothing came of it,” Mr Gamble said.

“And then a bit later, Liz and her daughter called me and said ‘we’ve bought the pub, what are you doing’?

“It was a beautiful old pub, it had been in the same family since 1852.

“With Kate’s passion and my hospitality experience and Liz’s design skills, we all got together and created a destination venue.

A long-time believer in slow food, Mr Gamble said the hotel’s location made it an ideal location to put into practice his paddock-to-plate philosophy.

“We’ve got a Mibrasa charcoal oven; it’s amazing, it cooks at about 550 degrees and you don’t lose any moisture,” he said.

“People are coming from a long way just for our steaks.

“And we built a traditional wood-fired oven for the bread, we get to bake the bread I developed at Rottnest.”

It’s the bread at the Sir George that provides a direct link to Mr Gamble’s last venture in WA.

He managed the Rottnest Island Bakery between 2014 and 2016 and used his time there to develop new sourdough breads, as well as bring back many of the favourites such as vanilla slices he enjoyed as a youngster.

“I used to go to Rottnest as a teenager and worked in the bakery with Frank Thorson,” Mr Gamble told Business News.

“He was my grandmother’s gardener and ran the bakery for 20 years; I loved working there with Frank.”

Mr Gamble was just 25 when he opened his first venue – Kim’s Bar in Claremont.

Other ventures followed, such as Bar Ferrari, Kim’s Beach Bar in Fremantle and Howard Chambers in Perth, among others.

Mr Gamble spent nearly 20 years at North Cottesloe, where he owned both the Blue Duck (until 2006) and its neighbour, Barchetta (until 2008).

He was also involved in setting up Bread in Common, in Fremantle.

Mr Gamble said invested all he learned from all these ventures into the Sir George.

“Its hard work, but it’s very rewarding,” he said.

“I do live and breathe hospitality, I love what I do.

“We’re having a wonderful adventure.”

Mr Gamble said his move to NSW was a big change.

“This whole environment is very different for me, it’s a bit cold, but we have roaring fires through the pub,” he said.

“I miss seeing the beach and the sunset every day, though I still get back to Perth.”

Another big change he had observed was the negative impact of gaming machines on the east coast.

“The focus of so many publicans is on how many pokies they can put in to wring money out of people who can’t afford it,” Mr Gamble said.

“A lot of the food is ancillary; they rely on the pokies.

“I hate them, the model they have over here with their pubs is just not pretty.”

Mr Gamble said he and his partners prepared a business plan after the pub was purchased.

“The town has 130 people so it’s not really the kind of thing you’d go to a banker with, but we had a vision to create a destination,” he said.

“It was beautifully built by Irish stonemasons; the basic core was incredibly well built, but a lot of it was derelict, it took a lot of love and hard work.

Mr Gamble and his partners are continuing to invest in Jugiong.

They are restoring the stone stables behind the hotel to create three luxury rooms and building eight barn rooms.

“We found a photo from 1888, which we’re using as the blueprint for the roof pitches and whole area, which was like a rural enclave,” Mr Gamble said.

As well as building accommodation, the team has plans to run events to attract more custom to Jugiong.

These include wine tastings, stonemason and bread-making courses, music festivals and a street market.

Mr Gamble said the hotel was enjoying brisk trade; it generally does 400 to 500 ‘covers’ on a good weekend day.

It draws from a broad catchment, including locals, travellers on the Hume Highway, people from regional towns such as Wagga Wagga and Young, and visitors from Canberra, which is 90 minutes away.

“You couldn’t do what we’ve done here in WA, you just don’t have the volume of people,” Mr Gamble said.

He’s hoping visitors from WA will also drop in and say hello.

•  The journalist visited the Sir George Jugiong on a private holiday this year.