In celebration of International Women’s Day, inductees of the WA Women’s Hall of Fame and the winners of the Chamber of Minerals and Energy of WA Women in Resources Awards were announced over the weekend. 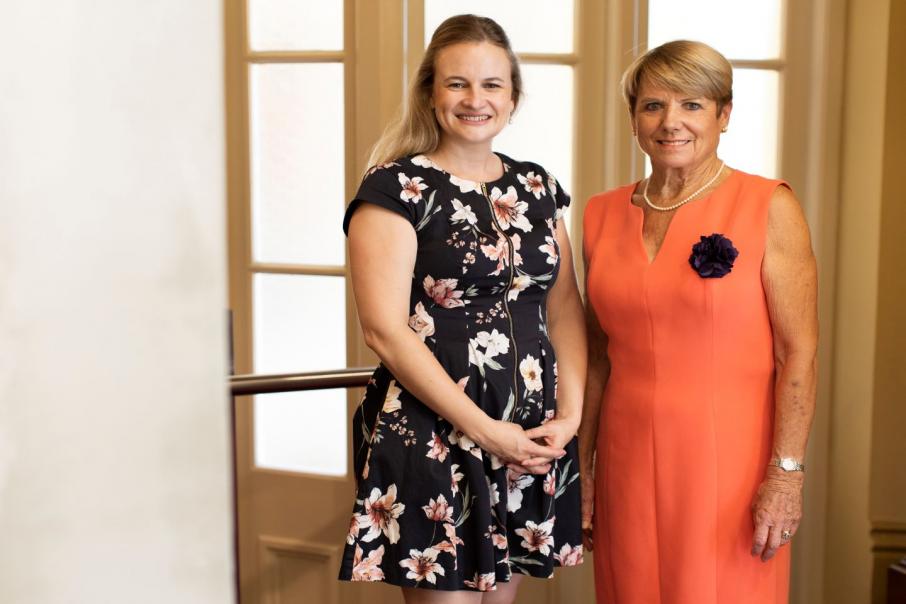 In celebration of International Women’s Day, inductees of the WA Women’s Hall of Fame and the winners of the Chamber of Minerals and Energy of WA Women in Resources Awards were announced over the weekend.

Fifteen women were inducted into the WA Women's Hall of Fame on Sunday afternoon in the fields of community, business, health, education, arts, culture, sport and STEM.

Alyceum founder Alicia Curtis and agricultural leader Marg Agnew were admitted to the business category for their work.

When aged 19, Ms Curtis founded leadership consultancy Alyceum to empower individuals to become leaders and give back to their community.

In 2014, she co-founded 100 Women, a giving circle encouraging people to donate together to make an impact.

Ms Curtis said she was honoured to have been inducted and was really lucky to have been able to run a business that had a positive impact on the community.

“The engaging young leaders program is something that I am really proud of because we have been able to really move the dial on diversity on boards,” Ms Curtis told Business News.

“And then obviously 100 Women as well, just to see that organisation continue to grow and continue to gain support and do such fabulous work provide a funding stream that didn’t exist before.

“Just to think that six years ago, that funding wasn’t available and we have been able to inject over $600,000 into projects that support women and girls.”

While working in the male-dominated agricultural industry, Ms Agnew served on a number of committees and boards including WAFarmers and South Coast Natural Resource Management

She co-founded the Neridup Soil Conservation Group in 1989 and created the Rural Remote and Regional Women’s Network for WA.

Ms Agnew said it was a great honour to be inducted.

“It’s something you don’t think about and I just do what I love doing,” Ms Agnew told Business News.

Five women from Fortescue Metals Group, Chevron, Woodside Petroleum and Newmont Goldcorp were given recognition for their achievements at the Chamber of Minerals and Energy of WA Women in Resources Awards dinner on Friday night.

As one of three chief executives of ASX 50 companies, Fortescue Metals Group chief executive Elizabeth Gaines was announced as the women in resources champion for encouraging the building of a greater pool of female talent in the mining industry and promoting practical measures to support women in the workplace.

Ms Hume has 25 years’ experience in Aboriginal engagement in employment, education, justice and health and was inducted into the WA Women’s Hall of Fame in 2019 for service to the Aboriginal community.

BOAB was named as the small-to-medium company with an outstanding company initiative for indigenous engagement, while Compass Group received the award for an outstanding initiative in a large company for its Launch into Work program to train and offer women jobs to increase female participation in its workforce.

Chamber of Minerals and Energy of WA chief executive Paul Everingham said the awards demonstrated the value of diversity and inclusion and the benefits it provided to both the employee and the employer.

“We need to create positive environments where individuals feel comfortable to express their diversity of experiences and thought and where organisations can both listen and leverage that diversity,” Mr Everingham said.

“Diversity leads to better discussions, decisions and outcomes for everyone.”

Other women inducted into the WA Women’s Hall of Fame included: