GCS and SRG to merge into $332m group

Perth companies Global Construction Services and SRG have announced an agreed merger that brings together their contracting, construction and engineering services into a combined group with an expected value of $332 million. 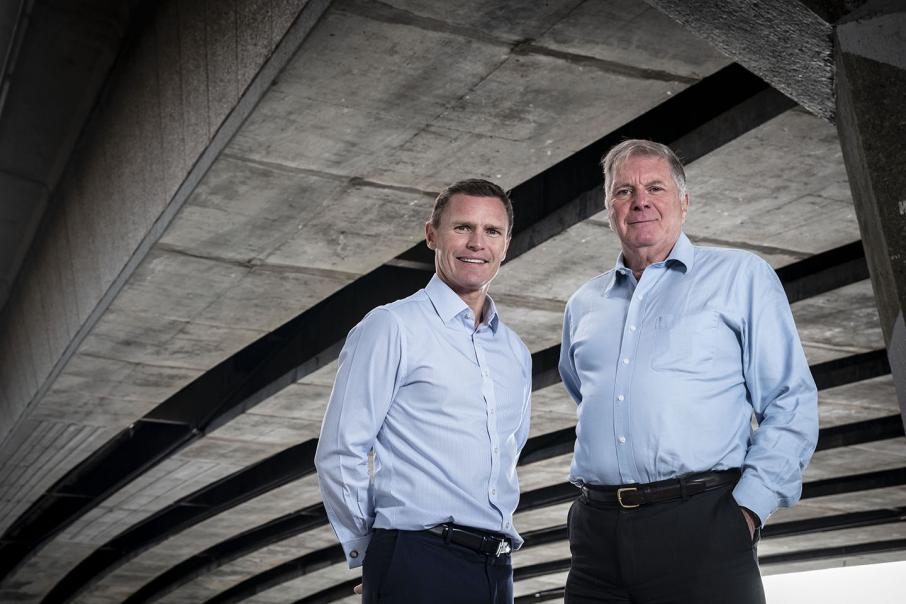 David Macgeorge (left) will become managing director of the new entity, while Peter Wade will be appointed as chairman.

Perth companies Global Construction Services and SRG have announced an agreed merger that brings together their contracting, construction and engineering services into a combined group with an expected value of $332 million.

Under the proposed deal, SRG shareholders will receive 2.479 GCS shares per SRG share, with GCS to acquire all SRG shares on issue.

The new entity will be named SRG Global, with GCS shareholders owning 51 per cent of the company, while SRG shareholders will hold the remaining 49 per cent.

SRG Global is expected to have a market capitalisation of about $332 million, with pro forma revenue of $510 million and over 2,000 employees globally.

Under the merger, GCS’s Peter Wade will become chairman of the new company, while SRG’s Peter McMorrow will be deputy chairman.

SRG managing David Macgeorge is set to assume the same role, while GCS managing director Enzo Gullotti will be appointed an executive director.

The remainder of the board will comprise representatives from both companies.

The merger is forecast to create cost synergies of between $3 million and $4 million per annum.

Mr Macgeorge said the merger would provide a stronger offering with greater scale.

“This significantly enhances our ability to partner with our key clients over the full lifecycle of an asset,” he said.

“Our goal now is to maximise the strength of the combined group to deliver growth across the business and continue the journey to becoming a leading global specialist engineering, construction and maintenance group.”

“In our discussions with SRG there was clear alignment across strategy and culture,” he said.

“We are very confident that the merger will create a strong group that will not only benefit our clients, but provide a superior return to shareholders.

“We believe this is a case where one plus one equals three.”

The merger has unanimous support from both companies’ board, with the deal subject to a number of conditions including shareholder and regulatory approval.

Sternship Advisers is acting as financial adviser to SRG with Hartleys and Euroz Securities as co-advisers.