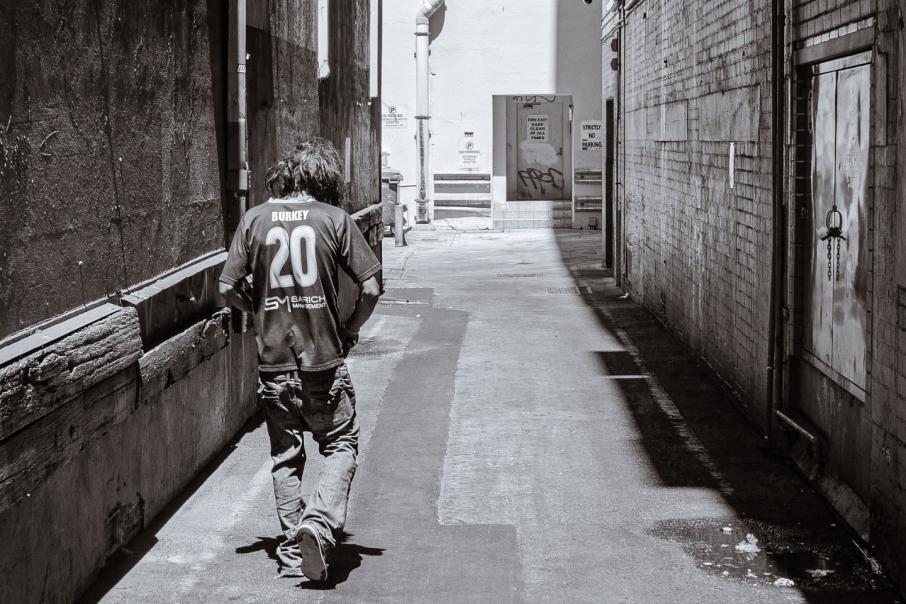 Perth’s homeless population is likely to concentrate in the CBD. Photos: Gabriel Oliveira

When Tony Barlow announced in July of last year that his Platinum Menswear store on Hay Street was going into liquidation, he cited myriad setbacks outside of his control, including parking fees and a high number of rental vacancies.

Also among the issues he chose to highlight was homelessness, saying the number of rough sleepers in the CBD was contributing to a sense of unease among some shoppers.

Opposition leader Liza Harvey controversially amplified those concerns that same month, criticising the state government for its response and describing the homeless population in the CBD as “meth zombies”.

And while it’s true that many among Perth’s homeless are likely to concentrate in the CBD due to its foot traffic, lighting (for safety), and the availability of service providers, publicly available data casts doubt on the scale of the problem exacerbated by anecdotes of public begging and homeless people asleep in shopfronts.

When asked if homelessness had become more or less of an issue in the preceding decade, City of Perth chair commissioner Andrew Hammond explained that, due to the transient nature of homelessness, it could be difficult to survey and establish accurate figures about how many people experienced homelessness in the city.

Though the latest figures from the ABS indicate that just 36 people per 10,000 in WA are homeless – a sharp decline since 2001 and the second lowest rate of any state – that data is four years old. 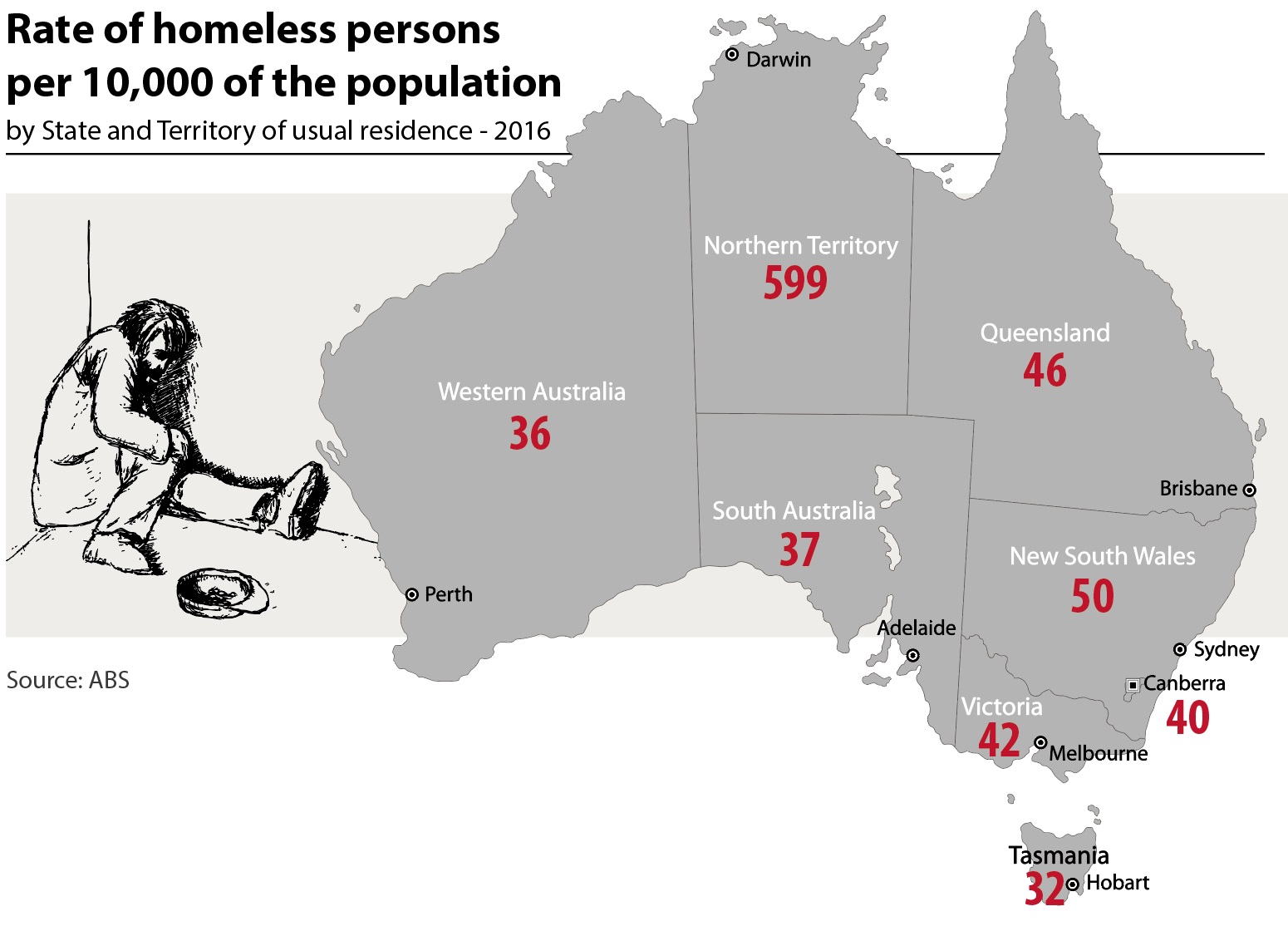 While Mr Hammond said the City of Perth had committed to undertaking a count of the homeless population as part of its interim homelessness plan, he explained the issue needed to be confronted regardless of the statistics.

“Homelessness in any capacity should be addressed with urgency as it is a basic human right to have access to a safe place,” Mr Hammond said.

Though there’s some debate over how many people are homeless in WA, Perth and the rest of the state are facing unique factors when it comes to how people end up without a permanent address.

Shelter WA chief executive Michelle Mackenzie said some of the reasons for people ending up homeless in Perth were common across most urban areas, and included income inequality, increased costs of living, and workforce casualisation.

Service providers in WA often came up against staffing and funding issues, Ms Mackenzie said, meaning requests for counselling or housing could not be met.

Data from the Australian Institute of Health and Welfare bears out those struggles, with around 61 requests to service providers for specialist homelessness services unable to be met on any given day in WA.

“You could walk in the door and say you’re desperate and need somewhere to stay, and workers could move mountains to try and find somewhere for you but there just aren’t enough places to meet current needs,” Ms Mackenzie told Business News.

Compounding the issue is that income support, such as the Newstart allowance and the Commonwealth Rent Assistance program, is not keeping up with the cost of private rentals, she said.

“They’re no longer affordable for you,” Ms Mackenzie said.

“You think there’s a safety net so you put yourself on the social housing wait list, but then there’s a two-year wait.

“People think, ‘Where do I go?’ and therefore end up on the streets.” 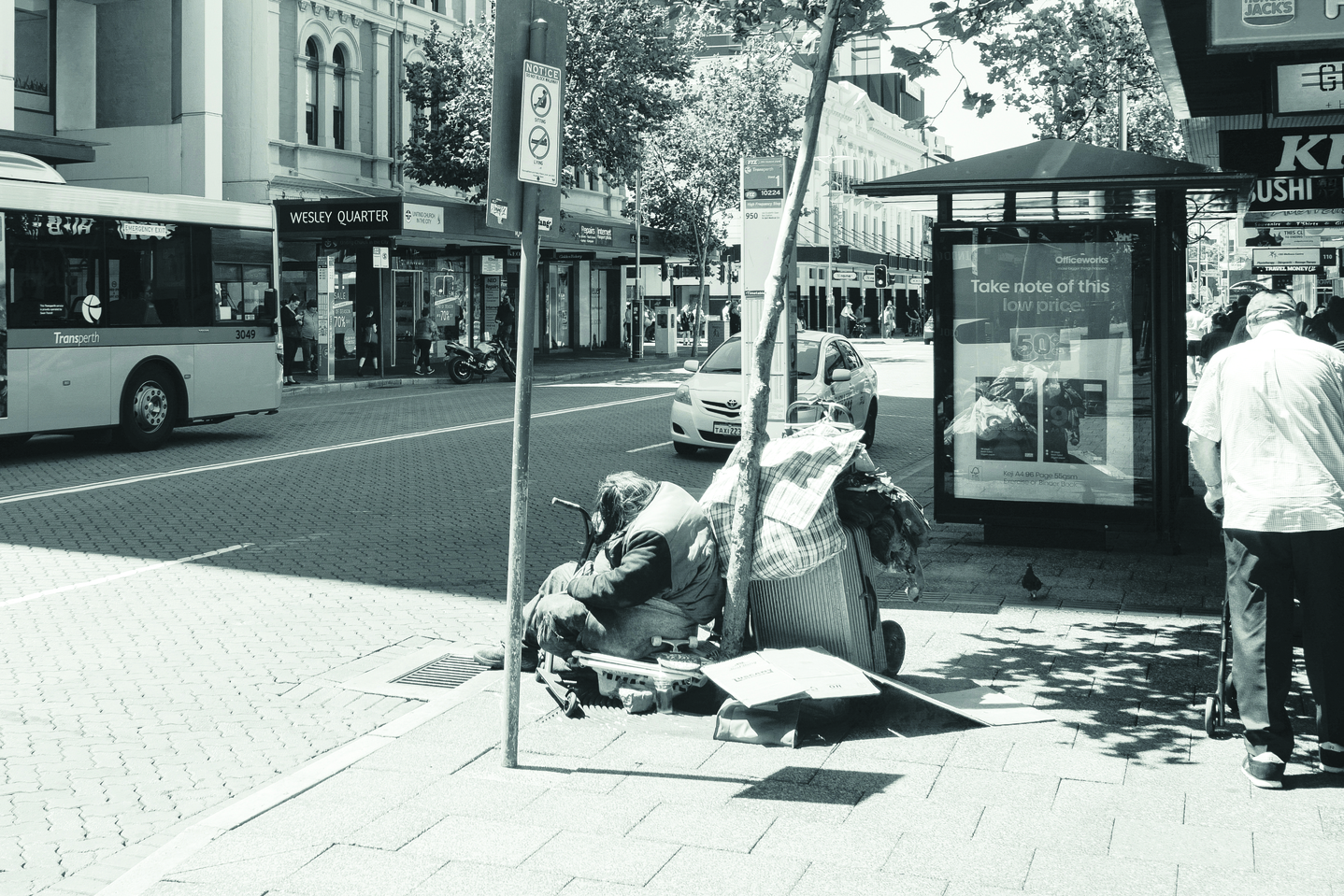 Mr Hammond agreed, saying a shortage of accessible housing for at-risk populations was a significant contributor to the state’s homelessness problem.

He said the rising cost of housing in WA and lack of affordable housing options meant people experiencing homelessness were unable to access affordable, appropriate accommodation.

The City of Perth has promised to take a lead role in tackling the issue, with Mr Hammond saying the city will develop a safe night space outside of the CBD’s retail area, expand access to day centres, and work with service providers to address the city’s shortage of social housing.

All of those issues will require further investment, with federal and state dollars vital.

For its part, the state government has telegraphed its concerns about homelessness, with Community Services Minister Simone McGurk announcing hundreds of millions of dollars in additional funding for community service providers in 2019.

That’s on top of ‘All Paths Lead to a Home’, its recently announced 10-year strategy on homelessness, which targets a complete end to rough sleeping for homeless people in WA and emphasises the need for early interventions for those at risk of homelessness.

Conceding that rough sleeping had become an acute and visible problem in Perth, the strategy outlines the need for increased government funding, more frontline workers, and innovative solutions from community service providers and philanthropic entities.

Ms Mackenzie said while there was a need for a whole-of-sector response, funding was the central issue.

With the state government already investing approximately $89 million in homelessness and family violence services, she said the return on investment of any further spending would be worth it.

“If you invest in providing a home for people and services, it is more cost effective than having homeless people going in and out of Royal Perth Hospital and mental health facilities,” she said.

“It’s a false economy, and our message to government is build the bloody homes and invest in the services, [because] you’re going to reap the savings in the health budget you’re always parroting on about.”