Fronting up in the battle for the bush

The Nationals’ proposed iron ore charge is part of a larger strategy to lure voters from its rivals at the March election. 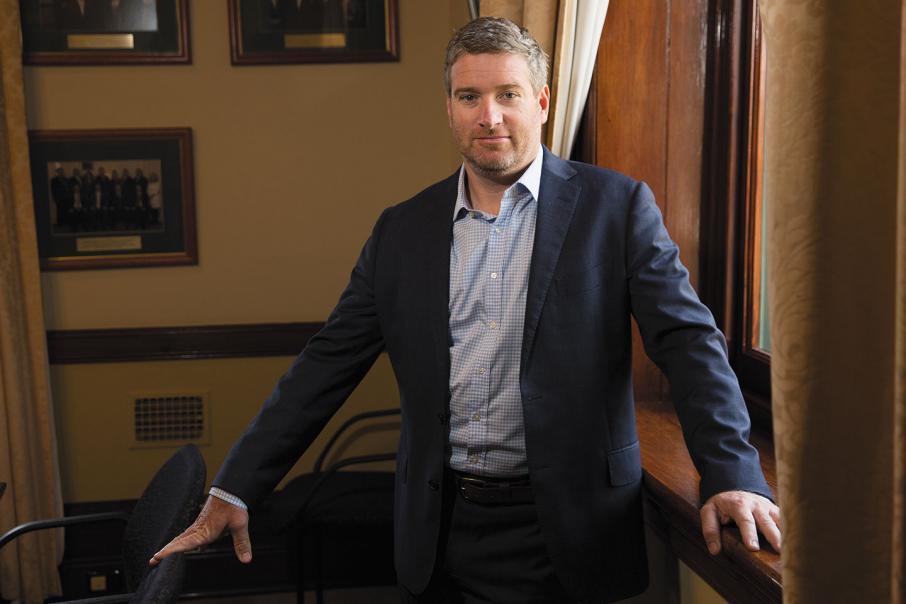 STRATEGY: Brendon Grylls is eager to ward off any resurgence by One Nation. Photo: Attila Csaszar

The Nationals’ proposed iron ore charge is part of a larger strategy to lure voters from its rivals at the March election.

Given the hammering received by the Nationals WA’s audacious plan to gouge more revenue out of iron ore giants BHP Billiton and Rio Tinto, it would have been reasonable to expect some sense of foreboding at the party’s recent annual conference in Geraldton.

It was anything but, which was helped by the fact that the predicted public showdown between federal leader Barnaby Joyce (who spoke at a conference-eve function) and his state counterpart, Brendon Grylls, didn’t happen
Mr Joyce, who is a critic of the idea, played the family card to explain his departure from Geraldton 90 minutes before the conference opened, thus avoiding a clash with the WA party leader.

About the only support for the plan came from the former Atlas Mining boss David Flanagan. His position was understandable, given the hardball stance of the majors towards his mining minnow when prices hit rock bottom.

But Nationals members were expressing optimism in Geraldton, confident the controversy linked with the revenue raising plan was working in their favour.

One reason was that the public debate had kept the issue alive for much longer than expected. This meant that the announcement of the key proposal in Mr Grylls’ speech to the conference – a steep temporary increase in payroll tax concessions for employers – was held back for more than a month.

The original strategy had been for the unveiling of the sweetener about three weeks after the initial announcement, to kick the debate along. But so great was the outcry, that delaying the news hadn’t been necessary.

The second reason for the pre-conference optimism has never been openly discussed, probably for fear of being seen as too Machiavellian. It was that a new opinion poll on voting intentions had shown a recovery in support for the party after the drubbing it received in the July federal election.

That slump in support, and the resurgence of Pauline Hanson’s One Nation at this year’s federal election, which came from nowhere to snatch a WA Senate seat, had sent shock waves through the Nationals’ inner sanctum.

At the July federal poll, it was the South Australia-based Nick Xenophon Team that was expected to do the best of the minor parties. And it did well, getting four members elected in its home state.

However, it was the Hanson party that provoked the palpitations. Despite being written off many times, it gained 55,000 votes and a WA Senate seat. The party in WA was back in business.

A repetition of that vote in the state poll next March could again give One Nation three upper house seats, including at the expense of the Nationals.

Much has happened since then. After hibernating on the backbench, Mr Grylls decided his party needed a higher profile to promote a point of difference with its governing alliance partner, the Liberals. So he snatched the leadership from the less flamboyant Terry Redman.

But he did more. He announced the plan to hit the two mining giants with higher charges to help ease the government’s financial woes. The 25 cents a tonne charge has applied since the mid 1960s. Mr Grylls proposed $5 a tonne, prompting screams of horror from the industry.

The hidden agenda was to show voters the Nationals were aware that cuts in the resources sector workforce, at the same time as companies were still making handsome profits from their ore divisions, were causing hardship. They could afford to pay more.

Exploiting tough times in the regions is One Nation’s bread and butter, so the Nationals decided to get in first.

The Geraldton conference optimism will surely be tested in a classic dust-up for the bush vote.