Foreign investors hit too much, too late

Opinion: The WA government has got the timing and scale wrong with its move to introduce a 7 per cent surcharge on foreign property buyers. 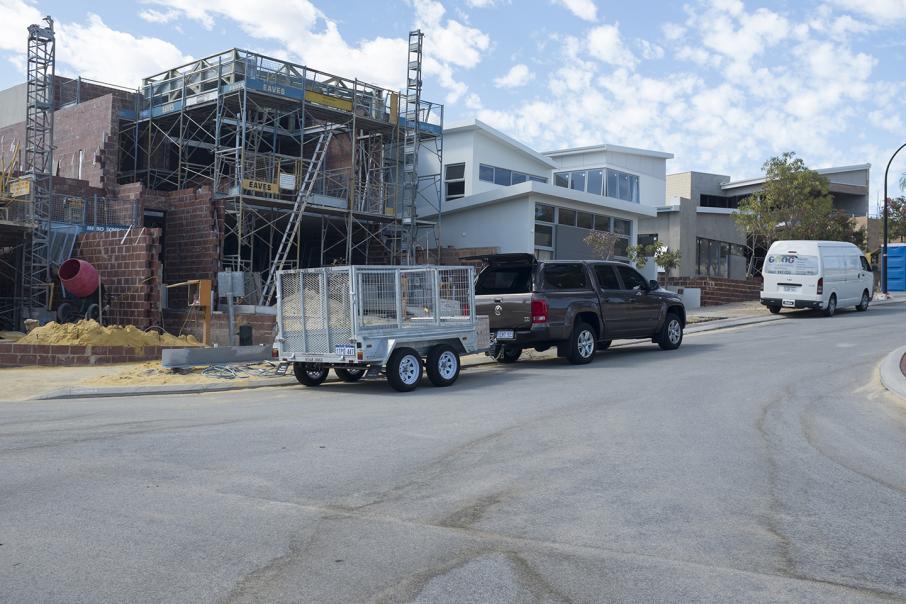 The building and construction sector is a big jobs creator and could be stalled if not managed properly.

Opinion: The WA government has got the timing and scale wrong with its move to introduce a 7 per cent surcharge on foreign property buyers.

The housing market structure has always troubled me.

The idea that one part of the market, the owner-occupiers, are treated markedly differently than investors when it comes to tax is something that has skewed the way our housing sector has developed.

You will always have competition between these two buyers but having one party, investors, ready to absorb a loss for years – because it is tax-effective (negative gearing) – means the calculations are different.

For many decades this did not really matter but in the past 20 years we have seen competition from buyers ramp up prices to a level where affordability became an issue for many.

Perhaps, when you look around the world, housing costs that price most buyers out of the market are normal, but our previous affordability had been a great attraction to both migrants and young people who may otherwise have lived elsewhere.

It is more interesting to note that affordability elsewhere is a big issue because recently we have seen a new, third group of buyers emerge: the foreign investor.

Although more focused on apartments in Sydney and Melbourne, their contribution has also pushed up prices.

It is bad enough to have young people priced out of the market by aspirational investors trying to get ahead.

It is another thing to have them unable to buy a home because a foreign national, with different motivations, has more money than, it sometimes seems, sense.

At least that is the political message you can read from the discussion around this subject, which has become more and more heated over time.

Of course, housing affordability did not just have losers; there were those who gained.

Land developers have  provided opportunities for thosepushed to the fringes. Builders had a broader market with different goals in mind. And competition meant that those who owned property had more buyers – hence they could command a greater price.

Foreign interest only helped these parties. It has resulted in jobs and a great deal of development.

There will be, no doubt, some developments that will fail because distant money was willing to buy something that the locals knew would not work. But that is what booms are all about.

Perth has not, I might add, experienced the foreign investment rush that has occurred over east.

With the downturn, we have seen a great easing of prices, which again makes Perth affordable for many.

With Sydney and Melbourne prices peaking, investors, developers and those considering migrating interstate for work are all eyeing the property sector.

Affordability is a great incentive to attract the latter but building and construction is a big jobs creator, so we ought to be careful how we manage policies and what outcomes we want.

I have been watching from a distance the state government’s decision to introduce a surcharge on foreign property buyers. Last year it decided on 4 per cent but recently this was upped to 7 per cent.

I regret to say I think this is a massive mistake.

Firstly, the timing is abysmal. Right now housing construction is in the doldrums and, as much as I like Perth to be affordable, I would like to see anything that stimulates investment, especially in apartments.

Just as an interest rate increase now would hurt badly, the state government has chosen to quell demand from the only sector where it was looking promising.

I also think 7 per cent is too much. A cost of around 3 per cent might have been acceptable – even foreign buyers might accept the interests of locals need some protection – but the scale is significant.

The timing is also curious given the state government’s focus on tourism and, as an adjunct to that, foreign students.

One of the biggest foreign markets for Perth property is the families of students coming from overseas to study. Why make it harder for them?

Also, let’s be honest, Western Australia is a hard place to visit. What we like to do is make ourselves welcoming to those hardy enough to come here.

We want the best and brightest to like what they see and come back, as migrants or investors. Making them feel unwelcome, different or second-class is not smart.

I think a big tax on foreign property investors does just that.

Sure, if the market heats up again, use this tax as a tool like interest rates; it could even be used to fund a first home buyers grant.

But right now it is too much and badly timed.