Many minority shareholders of Flinders Mines have voiced discontent at the conduct of their board. 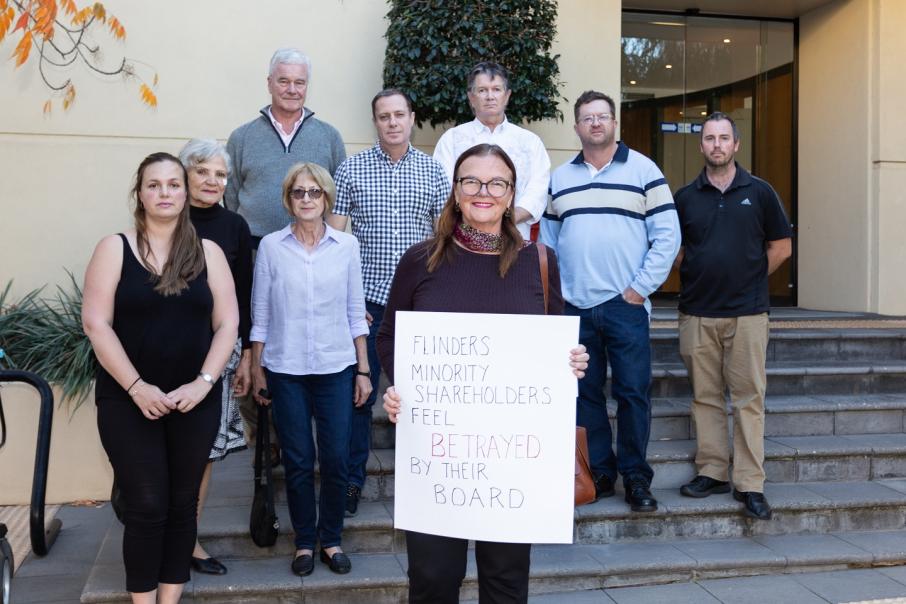 On April 10 this year, it seemed the minority shareholders of Flinders Mines had won their battle against their board and largest shareholder, following an earlier intervention by the Takeovers Panel.

However, in the ensuing weeks it has become clear the convoluted conflict is still far from over.

The dispute centres on Flinders’ proposal last year to delist from the ASX, and the ensuing entanglements opponents of that move say would arise as a result.

Todd Corporation, which is one of New Zealand’s largest companies, owns approximately 56 per cent of Flinders.

Todd also owns an approximately 90 per cent stake in the privately-held Balla Balla Infrastructure Group, which is seeking to develop a namesake $6 billion iron ore port and rail project in the Pilbara.

Many minority shareholders of Flinders Mines have voiced discontent at the conduct of their board.

The Neil Warburton-chaired Flinders has its primary focus in the same region, as it seeks to develop its Pilbara iron ore project.

In December last year, Flinders’ board proposed to delist the company from the ASX, with a buyback of shares funded by a loan from its largest shareholder. After fierce minority shareholder opposition, on February 11 the Takeovers Panel declared unacceptable circumstances in the proposed delisting of the iron ore explorer.

The panel said the delisting was likely to coerce Flinders’ shareholders, other than its primary investor, to sell their shares into a market that was not sufficiently efficient, competitive and informed.

To complete a full takeover, Todd would have required at least 90 per cent of Flinders shares.

Three days after the unacceptable circumstances declaration, Flinders struck a new deal with the Takeovers Panel, in which Todd Corporation would be barred from increasing its voting power from the off-market buy-back for at least 18 months after it was to be completed.

Flinders submitted its revised delisting proposal to the ASX on March 19. However, on April 10 the company scrapped its plans to delist, with a brief statement citing “the views expressed by shareholders”.

Business News understands minority shareholders spent about $140,000 related to the process of appealing the delisting.

Yet significant concerns persist among many of Flinders’ minority shareholders, despite their delisting victory.

Flinders has approximately 4,280 shareholders, with most of these retail investors.

None of the directors of Flinders owns a stake in the company.

Shareholder Jason Tither believes there are issues with the disclosure of information by the Flinders board.

“I hold several speculative stocks operating both here in Australia and overseas, and in my opinion none of them reports or share information as poorly as Flinders,” Mr Tither told Business News.

Another concerned shareholder, Margo Gould, said directors’ fees recently had increased substantially, despite the company claiming it had funding issues.

In March, Flinders stated that the company needed to raise additional funds within the next 12 months.

“If additional funds cannot be secured, there exists a material uncertainty that the company will continue as a going concern,” it stated.

In its quarterly report to the end of March 2019, the company said its Pilbara iron ore project (PIOP) and Canegrass project would still need additional funding to be advanced.

“The company conducted limited operational activities as the next phase of work on the PIOP (and Canegrass) needs substantial working capital funding,” it said.

However, Ms Gould highlighted that payments to directors and associated entities increased substantially, from $295,000 in the December 2018 quarter to $606,000 in the March 2019 quarter.

“If nothing is happening with the Flinders PIOP, what could the directors possibly be doing to entitle this sort of remuneration?” she said.

“Why aren’t they considering taking a pay cut?”

In response, a spokesperson for Flinders told Business News the rise in director fees was due to the attempted delisting.

“The additional fees were for the extra exertion and work required for the delisting,” the spokesperson said.

The links to BBIG also extend to the executive level, albeit indirectly.

According to his Linkedin profile, Joe David has worked as the executive development manager of Flinders since January 2017, a role in which he oversees on-site activities as well as management of all development work of the PIOP resource.

He carries out this work as an independent contractor via Project Advisory Group (PAG), of which he is a director.

BBIG is also a client of PAG, and Mr David was employed at BBIG for just over a year prior to starting his role with PAG in December 2016.

Mr David did not respond to enquiries from Business News about the scope and timing of work PAG has undertaken with BBIG, but confirmed the company was a client of PAG.

The Balla Balla project can link Flinders’ isolated PIOP via 160 kilometres of railway to a port at Balla Balla. 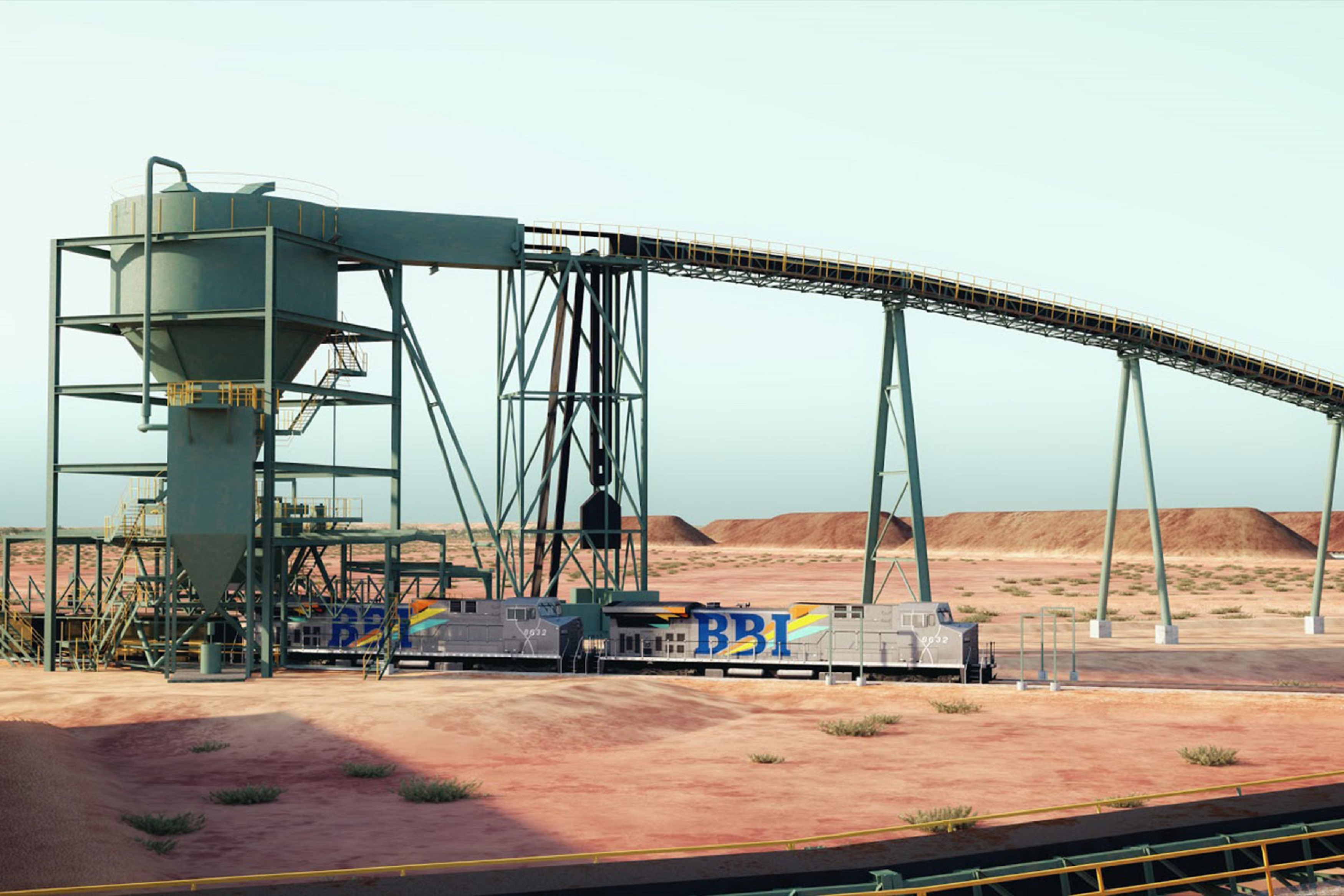 An artist's impression of the $6 billion Balla Balla Infrastructure project.

However, there are competing claims as to the extent to which the PIOP and the Balla Balla projects are entwined, and the disclosures made by Flinders in regards to the relationship between the two projects.

As part of the Balla Balla project development, BBIG signed a state rail agreement with the state government in December 2017, which was referred to in Flinders’ March 2019 quarter results released on April 30.

The board recognises that BBIG has a Western Australian state rail agreement and that one of its options in the agreement that is stated (as an example) is to ship ore from PIOP,” Flinders said.

“This does not mean the company has an agreement with BBIG.”

However, Business News has sighted correspondence sent to the Australian Securities Exchange and the Australian Securities and Investments Commission on May 2 by a top 20 Flinders shareholder, in which the shareholder alleges that Flinders did not disclose the full details of BBIG’s rail agreement, which consequently had the effect of suppressing Flinders’ share price.

“A binding agreement with Flinders (as the proponent of the PIOP) is pivotal to BBIG meeting the requirements under the agreement,” the shareholder said.

“The correct statement by Flinders in relation to the ‘WA state rail agreement’ would have a significantly positive impact on the Flinders share price, particularly given the quantity and duration of supply of ore required in the agreement.”

The shareholder requested a full and detailed correction by Flinders via another ASX announcement and referred to a statement made by Regional Development and Ports Minister Alannah MacTiernan to support his assertions.

On April 10, Ms MacTiernan told state parliament that, in order to maintain its WA state rail agreement as per the conditions approved in 2017, BBIG not only required a binding agreement with Flinders as the proponent of the PIOP, but the agreement also had to be for a large amount of iron ore and over a long duration.

“The ore to be carried by the rail will be underpinned by the project having secured binding agreements with the proponent or proponents of the PIOP,” she said.

“The agreement for the carriage of ore will be for not less than 20 years and not less than 25 million tonnes per annum from the PIOP and must be in place at the time the BBI Group submit proposals to the minister for approval.”

BBIG is required to meet these conditions by September 30 next year.

In response, a company spokesperson for Flinders told Business News that, in its entitlement offer booklet on June 25 last year, which was sent to shareholders and released to ASX, Flinders made a more fulsome disclosure regarding its views on the state rail agreement.

“The company understands that the state agreement BBI Group has signed with the WA government contemplates the PIOP as a potential foundation customer for the Balla Balla Infrastructure project,” the booklet stated.

“It is further understood that the state agreement is conditional on commercial and access arrangements being in place for PIOP ore to be hauled on the BBIG railway.

“It is possible that BBIG may source iron ore for the Balla Balla project from iron ore assets other than the PIOP and as a consequence, PIOP ore may not be required by BBIG.”

The booklet does not disclose that the agreement specifies that the carriage of ore will be for not less than 20 years and not less than 25mtpa, as Ms MacTiernan said to parliament.

The top 20 shareholder told Business News Flinders’ share price was 4.2 cents when the March quarterly was released, and as of May 30 it had not closed above that price.