Finding a balance between carrot and stick

Opinion is divided over a collective, problem-solving approach to poor behaviour in schools. 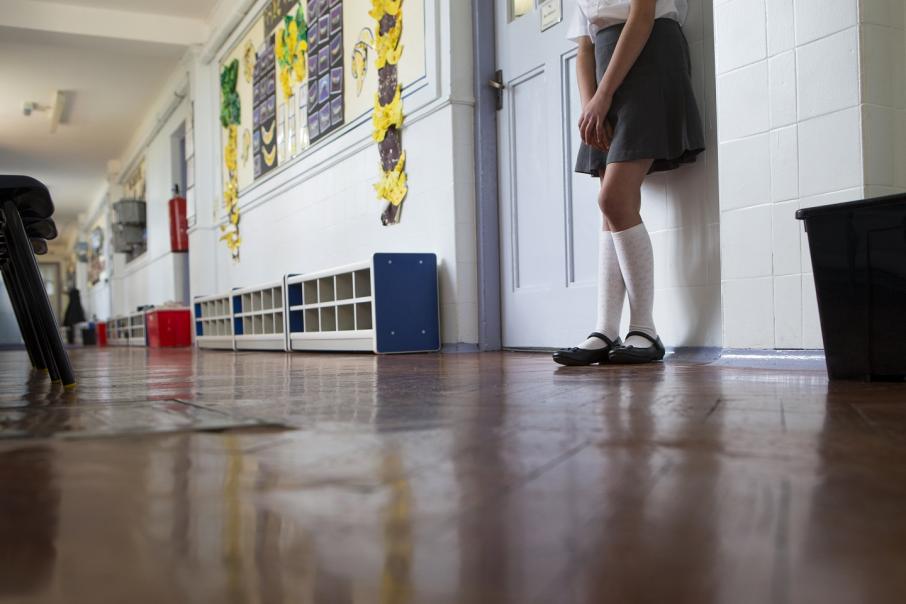 Restorative practice runs counter to punishments such as sending a student out of the classroom, or detention. Photo: Stockphoto

A new buzzword bouncing around school playgrounds has been sent to the principal’s office for closer scrutiny.

The phrase ‘restorative practice’, often used interchangeably with ‘restorative justice’, relates to how behaviour is managed in the classroom and the broader school environment.

Helping students behave in a way that is conducive to learning has always been a challenge for education communities.

Most schools have approached the task by implementing systems that have clear consequences for students who flout the rules.

In this rules-led system, a teacher will tell a young child or adolescent what they have done wrong and how they are going to pay for it.

Serious breaches normally involve exclusionary tactics such as sending a student out of the classroom, detention, suspension, and even expulsion.

Unlike these retributive approaches, restorative practice is focused on relationship building and repairing harm, rather than simply punishing students for their wrongdoings.

Restorative practice has its origins in the criminal justice system, which increasingly recognised that punishments alone, such as time in prison, did not repair the harm done and invariably failed to address the underlying causes of problematic behaviour.

Proponents of restorative practice in the criminal justice system argue the approach reduces the risks of repeat offending.

In schools, a restorative approach involves replacing a zero tolerance for harmful behaviours with getting a student to think through their behaviour, the consequences of their actions, and how to right their wrongs.

The focus is shifted from managing behaviour and dishing out punishments to an emphasis on building and repairing relationships that have been damaged by harmful actions.

In cases such as a chair being thrown at a teacher in the classroom, a teenager deliberately tripping up a peer on the way to class, a younger child racially taunting another, or an adolescent child being cyberbullied, a teacher can use restorative practice to focus on understanding why harmful action occurred, as opposed to taking punitive action.

More specifically, in implementing restorative practice, a teacher works with a student who has demonstrated harmful behaviour to discuss what happened, why the behaviour occurred, and to determine what follow-up actions are required.

Restorative practice is centred on asking the following set of questions, which can be used to provoke discussion in a variety of forums and sometimes over several sessions.

Meetings can include the victim, the perpetrator and others, where necessary, such as parents, friends and support persons.

Exactly what the restorative practice looks like in action will depend on the age of the students.

With very young students, for example, teachers might use puppets to help children express their feelings in a safe way.

The overall outcome is to acknowledge the impact on a victim, accept responsibility for harmful actions, and repair the damage done.

Supporters of restorative practice agree that exclusionary disciplinary methods do not allow students to learn about their responsibilities and how their actions affect others.

They believe that adopting restorative practices in lieu of harsh discipline is effective because students are kept in schools, and a safer and more supportive learning environment is created.

Other benefits include increased empathy, positivity and inclusivity, greater levels of respect, and – most importantly – a better understanding of how to right wrongs.

Supporters view restorative practice as a way through which everyone can share their stories, hear the impact of behaviour, and figure out the best way to approach the future together.

Importantly, they argue that suspension and expulsion only further alienate students, while restorative practice aims to build relationships within a school community.

As more and more schools shift from exclusionary discipline practices, restorative practices have been thrust into the spotlight.

Yet while restorative practice is about bringing together people to solve problems, the approach has parents, teachers, school leaders and bureaucrats divided.

Critics argue those seeking to implement restorative practice in schools are rarely trained adequately, and that overall support for such an approach is hard to garner.

Some condemn the approach, saying students can easily manipulate teachers into believing a matter is resolved when it is not, and that being integrated with the school community holds little appeal to some students.

Others believe the approach at best trivialises harmful behaviour, and at its worst is a massive overcorrection of zero tolerance and discipline-based methods.

The bottom line is that, when it works, restorative practice ends up being a transformative experience for all involved.

When it fails, it leaves both the victim and the offender in limbo and could result in worsened or fractious relationships.

Perhaps the answer for schools lies in a combination approach through which restorative practice is used to curb ongoing harmful behaviour, yet disciplinary approaches are applied when genuine efforts fail to deliver the outcomes desired.