UPDATED: The federal government has declined to provide co-funding for two irrigation projects in Western Australia’s South West that were expected to trigger a total investment of $460 million and create 1,500 jobs, after an expert panel found the WA government did not fully address the assessment criteria. 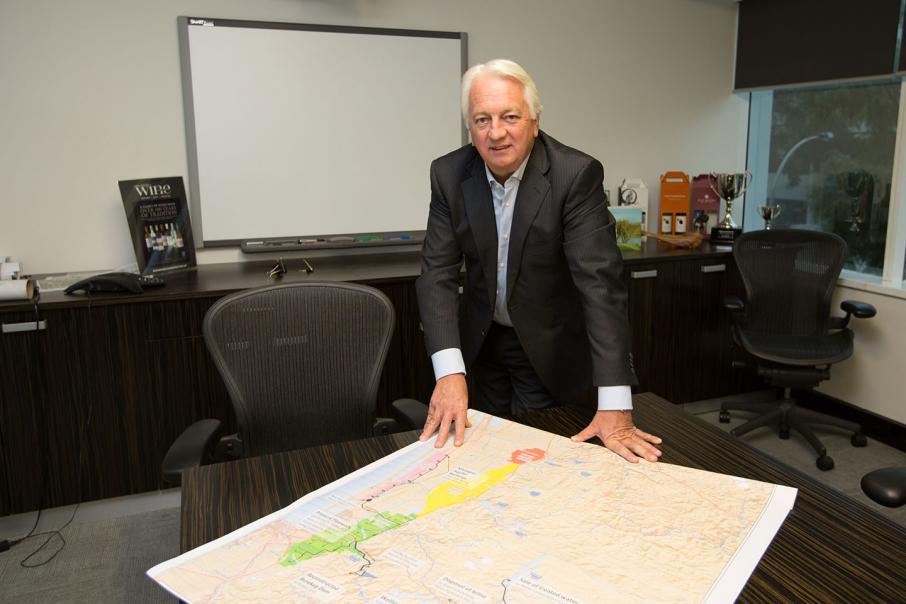 Peter Fogarty’s company Aqua Ferre, along with and farmers’ cooperative Harvey Water, have led the way for the Myalup-Wellington project. Photo: Attila Csaszar

UPDATED: The federal government has declined to provide co-funding for two irrigation projects in Western Australia’s South West that were expected to trigger a total investment of $460 million and create 1,500 jobs, after an expert panel found the WA government did not fully address the assessment criteria.

The state government had agreed to invest $56 million in the two projects, contingent on the federal government providing $180 million.

The larger of the two was the $380 million Myalup-Wellington project, which was led by private industry, notably Peter Fogarty’s company Aqua Ferre and farmers’ cooperative Harvey Water.

The project was designed to tackle the high salinity in Wellington Dam and supply extra water for farmers in the Myalup and Collie irrigation districts.

The state had committed $39 million and wanted $140 million from Canberra, leaving private investors to fund the remaining $200 million.

The second project was the $80 million Southern Forests irrigation scheme, designed to further develop irrigation options around Manjimup and Pemberton.

This was to be funded by Canberra ($40 million), the WA government ($19 million) and local growers, who had registered $10 million in support for the project.

“After all, it was the previous Western Australian Liberal National government that made a pitch for federal funding in the first place,” he said.

Agriculture and Food Minister Alannah MacTiernan said the McGowan government had prioritised these projects in its review of Royalties for Regions because they were job creators for the region.

“WA has received almost nothing from federal water initiatives; overwhelmingly, money is poured into the Murray-Darling at the expense of WA,” she said.

“We have a realistic goal to double the value of our horticultural output in WA but we need real investment from the federal government to be able to reach that potential and create new jobs across regional WA.”

A spokesperson for Agriculture and Water Resources Minister Barnaby Joyce said the Coalition Government supported the projects in principle and had them assessed by an independent expert panel.

"Unfortunately, on the basis of the case put forward by the Western Australian government the independent expert panel did not recommend these projects," the spokesperson said.

"The panel’s assessment was that the Western Australian government did not fully address the fund criteria.

"Instead of rejecting the proposals, the Coalition Government is asking Western Australia to provide additional supportive documentation that will satisfy the fund criteria, prove the economic case and satisfy the expert panel."

The spokesperson said that In anticipation of WA providing further data to support a re-assessment of the project, the Coalition was also progressing with having the Myalup-Wellington project separately assessed by Infrastructure Australia as required of all projects requesting over $100 million in Commonwealth funding.

Todays' news coincided with an announcement by Mr Joyce of $45.6 million in funding for an irrigation scheme in South Australia.

He said the North Adelaide irrigation scheme was expected to create more than 3,700 full-time jobs.

The federal government previously supplied $1 million for a full feasibility study for the Myalup-Wellington project.

The project involves the diversion of highly saline water from the Collie River East Branch and treating that water with coalmine dewatering water via a water treatment and desalination plant to be constructed in Collie.

The aim is to lower salinity in the Wellington Dam and utilise that water in the Collie River Irrigation District and pipe it across to horticulture producers near the coast at Myalup.

Wellington Dam is the biggest surface water storage in the South West (and the second biggest in the State, after the Ord) but rising salinity levels means the water is mostly unusable.

The project also entails a new weir at Burekup and a gravity-fed pipeline system to replace open irrigation channels in the Collie irrigation district.