One of the many challenges facing Australian farmers is the perception among some that the sector receives hefty subsidies. 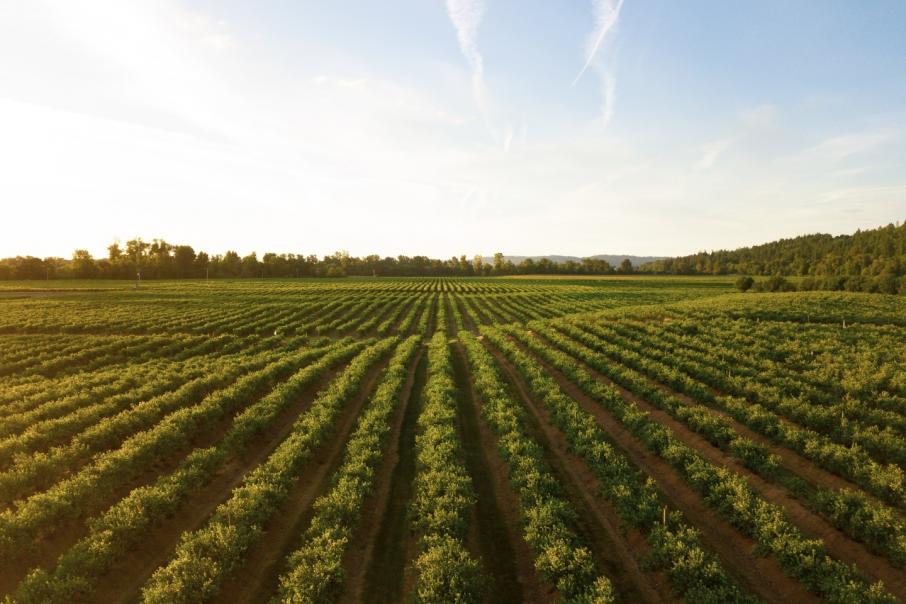 Are Australian farmers heavily subsidised? I spend plenty of time on social media, which is a great tool for networking and learning. However, there are often heated debates. I regularly see comments like the one below, which generally come from faceless and nameless trolls

“You farmers are kept in flash landcruisers [sic] and RM Willams because you feed off the teet of government subsidies!”

Statements like the one above are both frustrating and disappointing, so I thought it worthwhile to push back at these trolls with the facts.

So, how much is Australian agriculture subsidised? 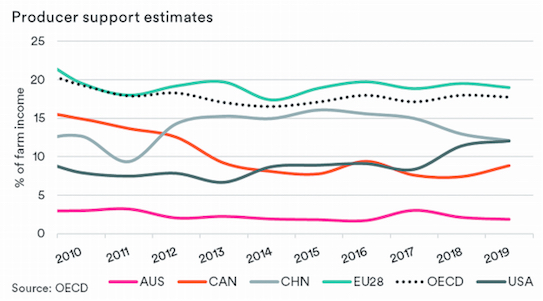 This analysis used data collected from the Organisation for Economic Co-operation and Development (OECD). The OECD calculates the value transferred from taxpayers to farmers. Australia has gradually reduced its producer supports since the mid-1980s.

At the moment, Australia has one of the lowest rates of subsidy in the developed world. Later on, in this article, we will discuss comparisons to other nations.

The most recent update (2019) has Australian producer support at 1.8 per cent. It might be enough to cover a pair of RM Williams, or maybe (just) some LandCruiser mud flaps.

Where is my subsidy cheque?

Like many other farmers, I am still waiting for my subsidy cheque: the small subsidy Australian farmers receive that is made up of direct and indirect benefits.

Direct: This includes subsidies like the drought payments for infrastructure investment, but also tax benefits. For example, farm management deposits and income tax averaging are considered a form of support.

Indirect: One of the significant sources of support is our R&D. Levy payments to research organisations (GRDC, AWI etc.) are topped up with government payments. This is a form of subsidy, albeit an important one. The R&D in Australia has allowed our farmers to be efficient enough not to need subsidies.

How do we compare?

Like any competition, it’s always good to make a comparison. This data can then be used to feel hard done by due to lack of support, or more aptly as a badge of honour to show that Australian farmers stand on their own two feet. The OECD collects data on a raft of countries, using the same methodology. While some may dispute whether the factors they choose are actually subsidies, it is an apples for apples comparison. The chart on this page displays a selection of countries. As we can see, we are well below these other nations, especially the EU.

Interestingly, the US is at 12 per cent for 2019, but in the past year or two, the Trump administration provided some massive subsidies to farmers due to the US-China trade dispute. We may see extensive revision upwards in the updated OECD data.

The main takeaway is that Australian farmers are substantially less subsidised than the other major economies.

Meanwhile, spare a thought for our cousins in the Southern Hemisphere.

You’d think that we (in Australia) are close to the floor when it comes to producer support. In the past, negative interest rates were a fantasy, and now they are relatively common around the world.

Well, the same is possible with producer support; they can go negative.

While Brazil has agricultural support at similar levels to Australia, it is farmers in Argentina who receive a rough deal from their government.

Due to the high export taxes levied on agricultural produce, farmers in Argentina actually receive negative support. It is an action we are also seeing occur in Russia with its export taxes, which levies a cost on producers in order to assist consumers.

Is the playing field evening?

Subsidies promote inefficiency, and our lack of support has required Australian farmers to become the kings and queens of efficiency. This is a good thing, as farmers are not reliant on handouts.

There has been a movement around the world to reduce subsidies. Government support to agriculture within the OECD countries started declining in the 1990s-2000s, and has stagnated during the past decade.

As protectionism increases, I wouldn’t be surprised to see government support around the world continue at similar levels or even increase in the coming years.