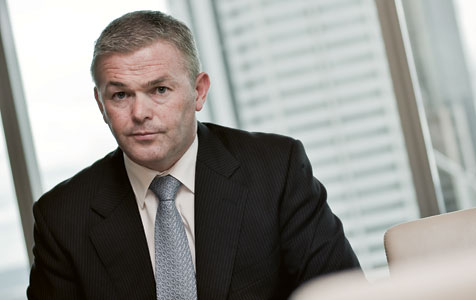 PULLED OUT: Time will tell if Kevin Gallagher was right to jettison Clough’s arrangement with Forge.

When Forge Group announced this week it had won a $1.47 billion Roy Hill construction contract it was with new joint venture partner Duro Felguera, from Spain, rather than its former alliance partner and ex-major shareholder, Clough.

About $830 million of that contract is directly attributable to Forge, which said its order book was now $2.1 billion – potentially a good place to be as the construction phase in minerals winds down.

Clough’s majority stakeholder, Murray & Roberts, booked a $24 million profit on the deal; money the South African engineering firm will use to fund its bid to fully acquire Perth-based Clough.

Few companies would go to the trouble of attempting to gain control of another unless there were strategically good reasons to do so. Mergers and acquisitions efforts like this are not cheap, even at $2.10 a share. Clough was not in it for a three-year share price gain.

By all accounts the deal struggled both before and after the event. Clough only won the minimum holding in Forge that it was after, having pitched for between 31 per cent and 56 per cent.

Anyone who has followed listed companies will know that there is vast difference between the two, and while more than 30 per cent can be perceived to represent control, it takes a particularly aggressive stakeholder to exercise it as such.

Having won its stake as a friendly pitch with a strategic alliance I gather that Clough, or both it and Forge, faltered at the next step. Their cultures clashed and they did not work easily together. Furthermore, Forge grew fast and was soon looking at deals on its own, because Clough brought comparatively less and less additional muscle to the table. To be fair it did have a JV on the early stages of Roy Hill, but Forge won the next stage without its former stakeholder.

Having said all that, perhaps Clough CEO Kevin Gallagher was right to jettison the Forge arrangement he inherited and take the profit. The market certainly suggests so. Clough sold above $6 a share, while Forge has traded well below that for most of the year.

And Clough, generally viewed as having a significant skew towards the still-buoyant oil and gas sector, might just prefer 100 per cent of nothing rather than 31 per cent of something it can’t control in a mining sector that is retracting.

Tendering at any time is fraught, but it is especially hard as a boom tails off and some players are trying to win business just to keep the doors open. By its own admission this is Forge’s biggest contract to date, which comes with its own risks.

It is sharing that risk in a joint venture but is working with a new partner, without an established history as might have been with Clough had circumstances been different.

There is also the challenge of Roy Hill. Hancock Prospecting is the biggest stakeholder and project operator. If things go wrong, as they often do in big, remote projects, you don’t want to end up in court to solve an intractable problem with a client that has deep pockets.