Eyes in the sky

Drone technology is becoming more visible in our skies, with a vast number of professional applications. 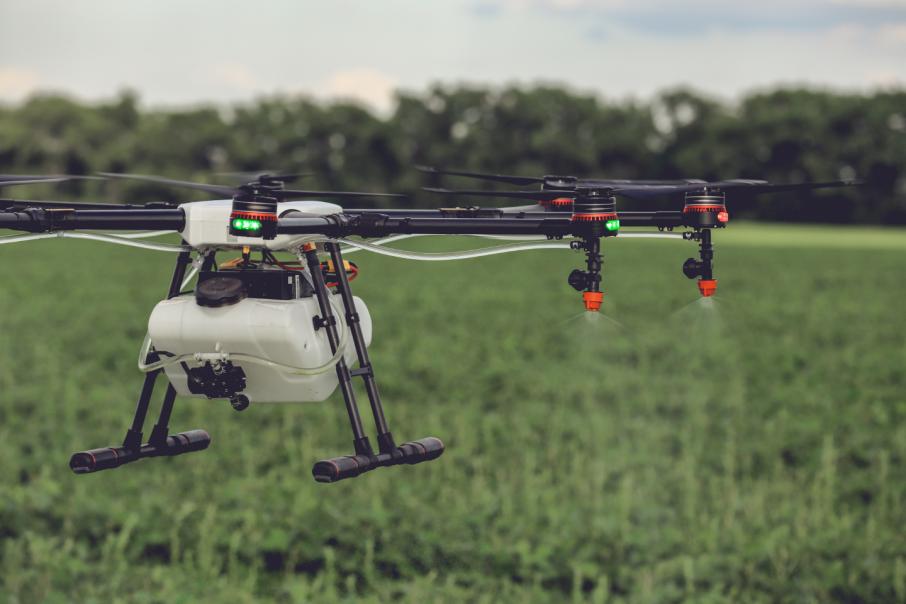 Drones are in action worldwide across industries as diverse as mining, agriculture, transport and emergency rescue. Photo: Stockphoto

Drone technology is becoming more visible in our skies, with a vast number of professional applications.

Drones may be dismissed by some as little more than the latest tech fad for Instagram models to take selfies, but it’s worth understanding the diverse usage and potential applications for these powerful pieces of technology.

From farming tools to shark surveillance, through to retail deliveries and humanitarian response – unmanned aerial vehicles (UAVs) are paving the way for huge advancements across all industries.

He said drones were becoming a standard piece of equipment for beach patrols to spot sharks, locate swimmers in trouble, and alert lifeguards to dangerous rips.

Autonomous aircraft have a great part to play in the future of farming, according to Department of Primary Industries and Regional Development research officer Nick Wright.

The efficiency achieved planting trees is remarkable, he said. With just one operator commanding six drones, up to 100,000 trees can be planted a day.

In Tasmania, that state’s Institute of Agriculture has devised a ‘lambulance’, which is essentially a drone fitted with an infrared camera. It can detect thermal signatures that allow farmers to track the health of a lamb.

Chinese e-commerce giant JD.com has been using drones for deliveries in China for more than two years.

“We have seen the profound impact that the technology can have on people’s lives around the country,” he said.

JD.com held trials in Indonesia this year, completing its first government-approved drone delivery in January. The company sent a donation of books and backpacks to schools, in place of ferrying them over.

Just a few weeks ago at an artificial intelligence conference, Amazon announced the upcoming launch of a new drone delivery service, expected within a few months. While the company successfully delivered a package to a UK customer back in 2016, safety and reliability were concerns. The new and improved service is set to deliver packages to Amazon customers within just 30 minutes.

UAVs have also proved effective with monitoring, protecting and controlling wildlife. Studies have shown that drones can report on animal numbers with far more accuracy than humans.

Conservationist group Air Shepherd operates drones to prevent poaching at night (when 80 per cent of poaching occurs). Countries such as South Africa, Zimbabwe and Malawi economically rely on the wildlife for tourism and seek to stop the illicit animal trade, which often funds other criminal activity.

Armed with a drone, emergency and humanitarian organisations can locate missing persons faster, enter dangerous terrain, and offer situational awareness that cannot be equalled from the ground.

In response to a disaster, these eyes in the sky offer remote sensing, high-resolution imaging and micro-transportation. They can also act as portable communication towers that strengthen WiFi connectivity, leaving lines of communication open to authorities and loved ones.

To further showcase the life-saving capabilities of UAVs, UNICEF trialled delivering vaccines to inaccessible communities in Vanuatu. The climate and topography in the area makes this extremely difficult to do otherwise. The goal is to eventually schedule regular drops of health supplies to remote regions.

After a tsunami in Japan in 2011, The International Atomic Energy Agency is using a quadcopter to visually map gamma radiation at the damaged Fukushima Daiichi nuclear plant, preventing health risks that may threaten the surrounding population.

Over in Brazil, mosquitoes are being sterilised by radiation and released via drone to reduce the spread of diseases such as malaria and Zika. Tests last year have shown that it has not had any damaging impact on the wildlife whatsoever, with scientists deeming it to be a success.

It is likely in the immediate future that UAVs will face a number of legislative hurdles and public backlash. However, with the ongoing discovery of new benefits, it’s plausible to believe they are here for good. Drones will eventually become as ubiquitous as electricity, the internet and mobile phones, making their way into our skies and seamlessly integrating into our day-to-day lives.