A REVIEW of the export market development grant scheme highlights the difficulties exporters in Western Australia face when seeking funds from this primary source of assistance. 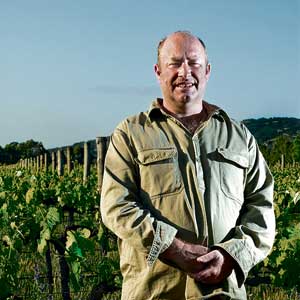 John Griffiths saus the grants scheme is overly bureaucratic, too time consuming and difficult to understand

A REVIEW of the export market development grant scheme highlights the difficulties exporters in Western Australia face when seeking funds from this primary source of assistance.

Mr Mortimer, who is presently chairman of Leighton Holdings Ltd, Australia Post and Crescent Capital Partners, stated that a well-designed program should not create uncertainty about the level of benefit.

"The current funding arrangements for the EMDG scheme, and the significant uncertainty about the actual grant to be paid, substantially negate the objective of encouraging exporters to commit their own additional resources to export promotion," the report says.

It's a sentiment echoed by business and industry groups, and exporters.

WA's peak business organisation agrees the real concern for small businesses was this uncertainty of what they were going to get paid.

"The only grants scheme that helps exporters these days, directly, is the EMDG," Mr Seed said.

"Once they [exporters] put in an application they presumed they were going to get that level. Now, we always said you shouldn't count your chickens before they hatched...but the fact is there was a certain proportion counting on it and of course they were already spending into the next year, basing their budgets on receiving that amount.

"I know at one stage they [Austrade] were waiting several months after they probably got all the applications in, before announcing that there wouldn't be 100 per cent payments.

"If they could do that as soon as possible then obviously companies who are budgeting for the next year could make some adjustments."

Small Business Development Corporation managing director, Stephen Moir said the review of the EMDG scheme was both timely and appropriate.

"The changes made to the scheme by the previous federal government resulted in significant uncertainty about the level of funding available for many applicants," Mr Moir said.

Wine Industry Association of WA president John Griffiths said the system was bureaucratic, difficult to understand, and too time consuming for regular business owners to utilise.

"It's not something you can usually manage yourself because of the complexity and the ambiguity associated with it," he said.

"For the wine industry, export market development is the key to growth and, at times, we feel the state and federal governments could make a greater contribution to export development."

As owner of Faber Vineyard, Mr Griffiths has faced these issues himself when considering applying for the grant.

"It's daunting because everyone tells you 'look, there's no way you can do it yourself, you've got to pay a specialist to do your claims and stuff'. This is worse than doing your tax," Mr Griffiths said.

One of Mr Griffiths' members has tried on two separate occasions to access funding via the EMDG scheme without any luck.

Vic Peos, who runs Peos Winery in Manjimup, will no longer deal with the EMDG administrators.

"Absolutely, I expected the reimbursement...I kept details on everything I did, all my receipts, my credit card where I spent on things directly related to the sales," Mr Peos told WA Business News.

"I rang up the guys at the grants department and said, 'you blokes are a joke, honestly you're a joke.'"