Geopacific Resources has appointed former Bank South Pacific Limited Group CEO Ian Clyne as its Chairman to drive financing arrangements for the company’s flagship Woodlark gold project in PNG. Last November, the company released a DFS supporting the project’s development, saying the project could generate $257m in free cash during the first five years of production and about 1 million gold ounces over 13 years. 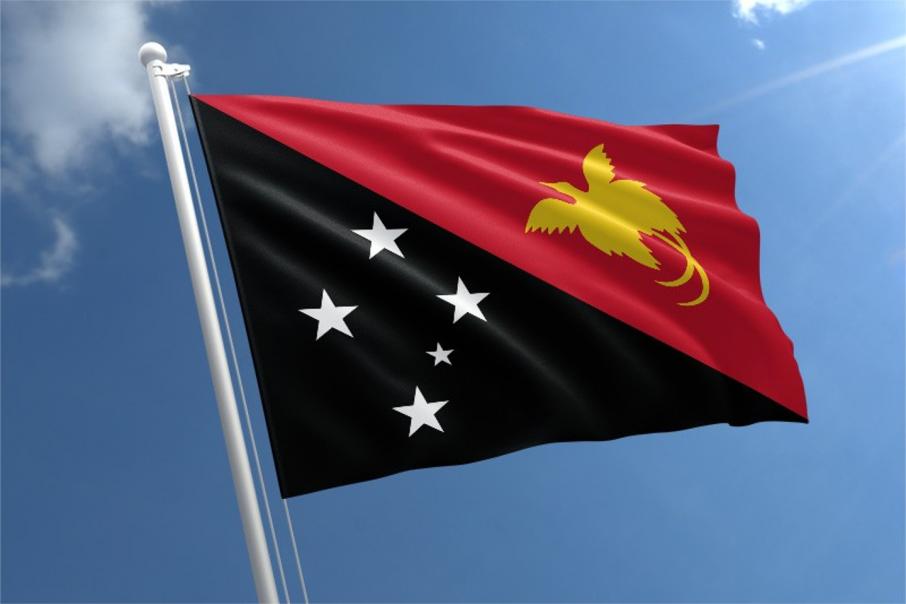 This is expected to progress the project into the construction phase for future production.

Mr Clyne has been a member of the company’s board since 2016 and brings with him a wealth of corporate experience including most recently as Group CEO of Bank South Pacific Limited, based in PNG’s capital Port Moresby for five years.

It’s a strategic move for Geopacific, with Mr Clyne being a strong advocate for PNG’s potential and its people and holding a high level of commitment to social and community issues within the mainly rural population of the developing country.

Commenting on his new position, Mr Clyne said: “As the new Chairman of Geopacific, my priority is to drive the Woodlark gold project towards a successful project finance outcome that will maximise shareholder and stakeholder value and returns.”

“Despite the current global equity and debt market challenges, the project has garnered interest from potential financiers. Shareholders also continue to demonstrate strong support for Geopacific as they work diligently to move the project forward.”

“Woodlark Island is one of the most prospective regions of PNG and we take great pride in our positive relationships with the local community, the National & Provincial Governments, and the regulatory authorities who have also demonstrated strong levels of support for the permitted … project.”

“Geopacific also prioritises being a responsible and respected development partner to PNG, and elsewhere.”

The company released a robust DFS to support the development of Woodlark in November last year, which showed the project could generate $257m in free cash during the first five years of gold production.

The study outlined an initial project mine life of 13 years, producing nearly 1 million ounces of gold and spitting out an average of $26m post-tax annually for the life of the mine.

The straightforward project produces a post-tax NPV of $197m and IRR of 29%, with post-tax capital payback is estimated to be just over two years.

The all-in sustaining cost of production for the first five years is just $866 per gold ounce, based on a fantastic strip ratio of just over 3 to 1.

Open pit optimisation studies were undertaken at AUD$1,650 per gold ounce, so the metrics would have improved somewhat over the last six months, given increased gold prices since then.

The CAPEX costs for the Woodlark project come in around $200m, which is a favourable result for any new gold mining operation, particularly one constructed overseas.

A recent EPC lump sum turnkey solution for the plant build below the cost assumed in the DFS, is likely to lower the CAPEX costs even further.

There is also extensive blue-sky gold-copper exploration upside at the project, where Geopacific has a dominant position on the 912 square kilometre area of Woodlark Island.

Once in production, it is likely that the company will be able to self-fund and potentially sustain its mining operations at the Woodlark gold project to beyond the initial 13-year mine life.

In March, the company said that it agreed on terms with Kula Gold to consolidate its ownership of the Woodlark project to 100%, by paying Kula $3.25m.

Later that month, Geopacific undertook an oversubscribed $4.3m capital raising aimed at project financing and working capital purposes, as the company begins to line up structures for financing the Woodlark project and hence, the tactical appointment of Mr Clyne.

The recent work program included finalising the independent technical expert, or “ITE” studies, on behalf of potential debt lenders and advancing the execution strategy for project development which included the plant and infrastructure.

“The decision to recommence ITE studies is underpinned by the successful completion of the Fatal Flaws Review (by SRK Consulting) and the most recent capital raise that demonstrated a strong level of support from new and existing shareholders.”

“The (gold) project presents an attractive development option to potential debt lenders with work underway to simplify the ownership structure of Woodlark and the DFS confirming high margins and a rapid payback period.”

“Woodlark continues to attract financing interest and we look forward to advancing debt funding arrangements which are currently taking place alongside a strengthening gold price. This presents a considerable revenue upside as the current spot price is ~AUD$150 above the price used in the Woodlark financial model.”

Mr Heeks previously stated that: “… every AUD$10 increase in the gold price is an additional ~AUD$10m in revenue which is considerable upside for the +1million ounce project optimised at ~AUD$150 less than the current market.”

In fact, a gold price of AUD$1,800 per ounce is estimated to deliver over AUD$140m in additional free cash to the project over its initial project mine life of 13 years.

The Woodlark project is blessed with flat terrain and soft outcropping ores with average metallurgical gold recoveries exceeding 90% for the first five years of production.

All permitting is granted and the project enjoys strong community support in the proven mining investment hub of PNG.

With a new Chairman at the wheel, the clouds should begin to part for Geopacific in PNG, giving greater clarity to the road ahead towards the construction, development and ultimately gold production at the impressive and potentially undervalued Woodlark project.