Troy Resources has hit the jackpot with a four-ounce-to-the-tonne gold hit in its latest diamond drill hole at the Smarts Underground deposit at its operating, million-ounce, Karouni gold project in Guyana, South America. In just one of 16 hits in the 449m deep drill hole, the company returned 11m at 131.93 g/t gold from 223m, including 1m at an ‘off-the-chart’ 1,176.99 g/t gold. 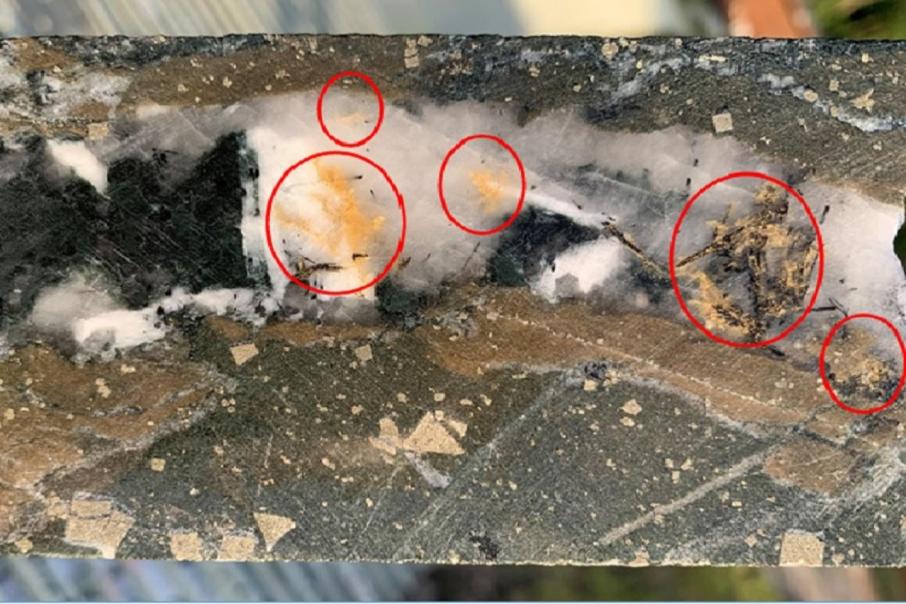 Troy Resources has hit the jackpot again with a four-ounce-to-the-tonne gold hit in its latest diamond drill hole at the Smarts Underground deposit at its operating, million-ounce, Karouni gold project in Guyana, South America.  In just one of the multiple hits in its latest 449m deep drill hole, the company returned 11m at 131.93 g/t gold from 223m.

Investors flooded into the stock on the news in the busiest trading day on the ASX for Troy Resources this year, driving the share price more than 80 per cent higher on opening trades.

Mining veteran across decades and continents, Troy Resources’ CEO Ken Nilsson, confirmed that this was the best hole that Troy had ever drilled and was up there with the best he had ever seen.

“Throughout my career, which has spanned multiple mining operations across multiple continents, I have only once previously been involved in the drilling of a hole with results anywhere near as spectacular as those from SDD189.”

Whilst the company said the intercept in hole SDD189 is world-class in its own right, using the traditional gram-meter measure, the 11m hit included 4m at a staggering 352.78 g/t from 224m or a tad over 11 ounces gold to the tonne.

In amongst the rush of stellar headline grades, Troy also peeled back another layer to find 1m at an ‘off-the-chart’ 1,176.99 g.t gold, or 37.84 ounces to the tonne in the old scale.

Akin to coins pouring out of a casino slot machine, the company’s second diamond hole in its current reserve definition drill program at Smarts Underground returned a total of 16 separate zones of gold mineralisation, starting from a relatively shallow 28m, with the better results turning up deeper in the hole.

Despite sitting on a one million-ounce resource estimate already, Troy is pushing ahead to high-grade its resource base and the company said it remains on track to deliver a maiden ore reserve for Smarts Underground before the end of this year.

“Like me, Troy shareholders should look forward to receiving the maiden Ore Reserve calculation at Smarts Underground in the December Quarter with much anticipation.  Smarts Underground certainly has the potential to make a significant financial impact on both the Karouni Project and the value of Troy.”

With just one more diamond drill hole left to drill before its maiden ore reserve numbers hit the street, the Ken Nilsson-led Troy must be grinning from ear to ear as it looks to add a high-grade underground development to extend its existing open pit operation at the Karouni project.

As the gold price continues to track north of US$1,900 per ounce, the market seems to have soaked up some of its confidence as its share price has more than doubled in the last month.

With its gold mining operations and reserve definition activities barrelling ahead, the market will no doubt be watching eagerly for Troy to table its Smarts Underground ore reserve estimate, hopefully before Christmas.