It is not just startups that innovate to grow. 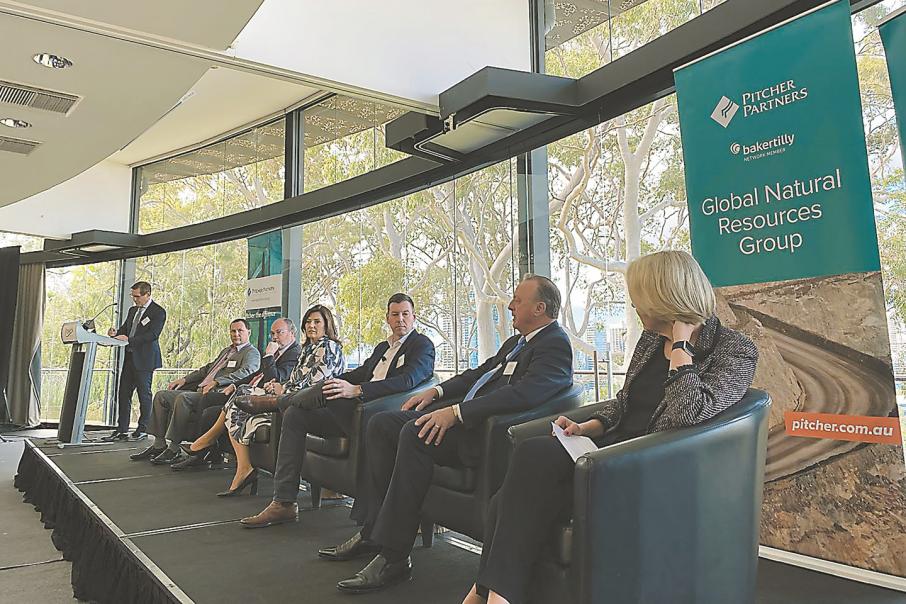 A resources lunch panel packed with mining luminaries is usually a good litmus test of the strength and buoyancy of the sector.

I attended the Pitcher Partners annual event earlier this month and it was clear the mood was confident, but not quite the jubilant cockiness of the last time the state was booming.

There were sobering strategic issues that managed to keep a lid on the exuberance one might have expected.

Short-term focus on the price of iron ore was clearly a major talking point, but deeper and more mature discussion was around longer-term concerns such as environmental impacts (especially carbon output) and our dealings with China.

This was about sustainability of the sector, in the face of challenges that went well beyond the fickle nature of commodity prices driven by stimulus.

What I found striking was not just how much of an hour’s conversation could be focused on analysing such issues, but that the people deeply considering the need to grapple with things such as carbon emissions were top entrepreneurs Bill Beament and Chris Ellison.

The success of both these magnates has pushed them to the top of the tree in the local minerals sector, which does make them more corporately savvy as they now entertain investors from the very top end of town.

I see a stark contrast to WA entrepreneurs of the past, who seemed to revel in their rogue status as billionaires who had made it to the top by rampaging over bureaucracy and regulation, rather than working with it.

While I am sure these modern-day entrepreneurs still know how to zero in on a dollar, it was clear to me that that their strategic view is swayed by investors and customers, whose decisions are less exclusively focused on the bottom line.

Of course, these leaders are still being entrepreneurial in their thinking.

Both have been innovative in their approach to business and there’s little to suggest that will stop.

I have always believed regulation is to the advantage of bigger players in any industry, as it is harder for cash-strapped startups to deal with than larger businesses that can generate greater efficiencies and put more resources towards surmounting obstacles.

That is not to say any of the panellists would welcome over-regulation; far from it.

I am merely suggesting good entrepreneurs can break down a problem and find their way around it, whether it be emissions in underground mines, such as discussed by Mr Beament, or extra-big trucks to haul ore to port, as Mr Ellison mentioned.

I appreciate how such leadership can evolve from the hungry survival requirements of a startup and still have application within the confines of the corporate boardroom, helping ensure the sustainability of a sector that has underwritten the lifestyle we all enjoy.

A fascinating side subject during the week was the extraordinary jump in the price of uranium.

I was pipped at the post to writing about this by my esteemed Business News colleague, fellow contributor Tim Treadgold, who outlined the strength of the nuclear fuel sector in the September 20 edition of this magazine.

It’s worth noting, the price has improved significantly since his piece, underscoring the value of his observation.

It is surprising to examine this field, which has drifted off the investment radar during the past decade, mostly because of the Fukushima disaster in 2011.

Since then, the world seemingly went off nuclear.

But there are changes occurring.

Firstly, not all plants are being mothballed and some countries, like China, are growing their sector.

Furthermore, a lot of mines are not sustainable at prices that have been achieved in the past decade and, as long-term contracts expire, supply has fallen.

With climate change policies driving more and more decisions around the world, it is not surprising that nuclear power might come back into vogue, especially with the advent of smaller generators that are safer and more suitable when it comes to the loads required in networks accommodating renewables.

Who knows, maybe the advent of Australian nuclear submarines might also change the discussion here, so it’s no longer a forbidden subject.