Opinion: WA’s interest and those of other states are poorly aligned in terms of national energy policy, and the same is increasingly the case given US trade tensions with China. 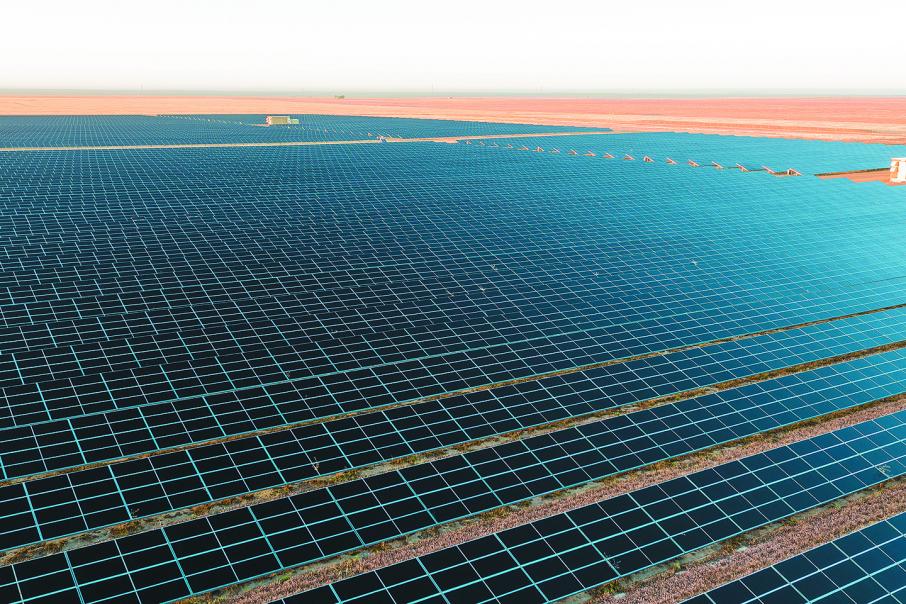 WA’s energy system is built on a mix of traditional sources and renewables. Photo: Synergy

WA’s interest and those of other states are poorly aligned in terms of national energy policy, and the same is increasingly the case given US trade tensions with China.

The ambitious, Australia-wide National Energy Guarantee is a classic example of government trying to apply a band-aid solution to a patient with gangrene in both legs.

In this case, the sickness is found in the energy supplies of South Australia, Victoria and NSW.

Western Australia, however, has a robust energy system built on a mix of traditional sources such as coal and gas, and backed by increasing input from renewables including wind and solar.

The NEG is clearly a case of the folly inherent in one-size-fits-all approach, because even though WA’s energy system is not broken, the NEG will try and ‘fix’ it – and we all know what happens when you start tinkering with something that doesn’t need fixing.

The problem for WA is that what eastern states think they want – reliable power and reduced emissions of carbon dioxide from burning coal and gas – would be a potential disaster if imposed on this state, forcing a cut in reliability in a system that works well to achieve reduced emissions.

In fact, the task facing WA in trying to meet national emission targets could be so onerous that entire industries might be forced to close because they risk being deemed too polluting. Two decades of rapid expansion in iron ore and LNG production and exports make them especially susceptible to damaging change.

The key point there is that almost everything that has happened in the expansion of WA’s resources sector has been to generate export income of the sort that helps the rest of Australia maintain its comfortable lifestyle.

Without iron ore and LNG exports, Australia’s economy would be substantially smaller and everyone significantly poorer – a status that might be achieved if the NEG is not carefully planned, and unless WA receives dispensation for its role as the country’s export (and energy) engine.

As proposed, the NEG is not the only example of WA’s difference from the rest of the country.

Climate is another difference, and always has been, with a good season here for farmers often matched by drought in the eastern states, and vice-versa when the weather systems reverse.

Another difference poised to widen the gap between WA and the rest of Australia is the national position on the China-US trade war, and the increasing difficulty in aligning the country with the US.

As the different relationships stand today it is in Australia’s best interest to be a good friend of the US, if only because of historic ties and defence treaties.

But, with the Americans keen to pick fights with enemies and friends alike, there is an emerging problem that could shift the economic imperative from the US to closer ties with China, a country rarely seen as friendly.

For WA, a major supplier of raw materials to China, the importance of being seen to be a less enthusiastic supporter of the US under its abrasive president, Donald Trump, could become another significant point of difference with the rest of the country.

WA is unlikely to go back to an era when the state had a government minister assigned the job of looking after foreign affairs, largely because that’s seen as a national duty; but when the national interest deviates significantly from those of WA, it becomes an interesting discussion point.

A secondary aspect to opening a gap between what WA stands for and how the US is behaving is to see how it applies to enemies as well as friends. What’s happened to Canada, Germany and Turkey is an eye-opener for anyone who thinks being a friend of the US might save it from economic attack.

Speaking of Turkey, and at risk of repeating something I’ve written quite recently, it has become a country to watch very, very, closely, because the US sanctions on its economy risk upending the Turkish economy, bankrupting large industries (including its banks) and triggering the same sort of crisis by contagion that started with sub-prime lending in the US in 2008.

International economic conditions might not be that bad, yet, but if the problems of Turkey spread into Europe they will also hit US banks, and Mr Trump might find he has kicked the world’s most expensive own goal.

Follow that potential sequence of events and it becomes a little clearer why WA should cement its trading relationship with China, even if the rest of the country prefers the comfort of the US alliance, as Turkey once did.