SPECIAL REPORT: Blackham Resources has overcome a number of hurdles following its transition from explorer to producer, while the state’s emerging miners wrapped-up a busy 12 months. 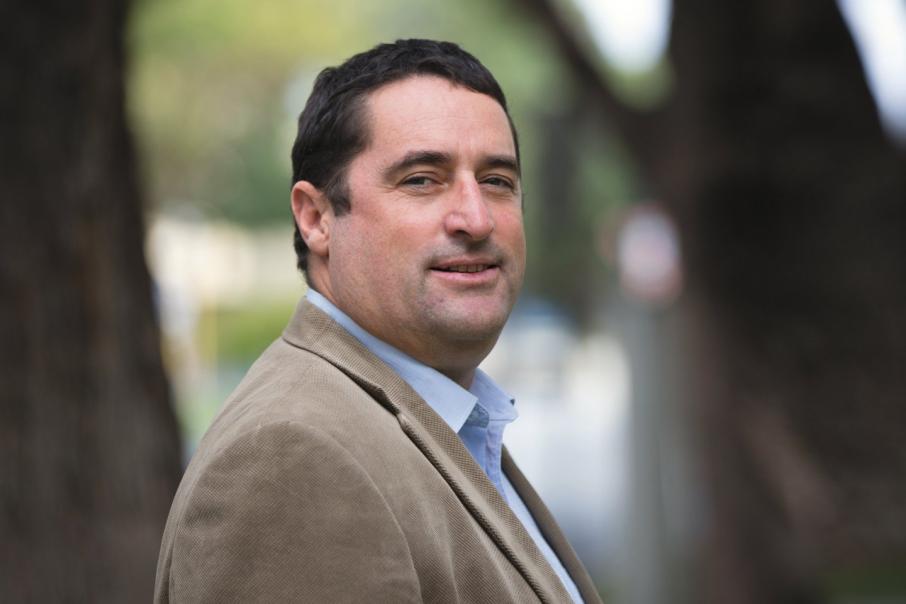 One of Western Australia’s newest gold miners has dusted itself off after a steep 12-month learning curve to map out some ambitious growth plans.

Blackham Resources heralded first production at its Matilda mine near Wiluna in October last year, with plans to produce up to 71,000 ounces of gold by the end of the 2017 financial year, and 101,000oz in FY18.

However, in the months following its inaugural gold pour, the company faced a number of setbacks, most notably an unusually harsh wet season, which held back operations and forced Blackham to lower its guidance for the year.

However, managing director Bryan Dixon said his team had learned from the challenges and remained focused on the next stage of Matilda’s development, which could boost the mine’s output to beyond 200,000oz a year.

“You learn from your mistakes. We got a lot of things right and there were some things we could have done better,” Mr Dixon told Business News.

“But it’s important to identify what the risks are and have good mitigation strategies in place.

“Because we were ramping up at the time, the wet season hurt us even more.

“This year we can protect against that by building high-grade stockpiles ahead of the next wet season, and that’s what we plan to do.

“We were running very fast; we’d gone from completing a scoping study to producing gold in a 16-month period, but we’re here now and we’ve derisked the operation, and now it’s about moving forward and going to the next stage.”

Blackham plans to spend $114 million on its expansion at Matilda, with the bulk of that going towards new infrastructure at the processing plant to increase its throughput rate by 1.5 million tonnes, to 3.3mtpa.

“Fundamentally we’re just building another plant next to the existing plant so we’ll be spreading all the overheads over twice the amount of ounces,” Mr Dixon said.

“How fast we move forward on this plan will be dictated by the gold price, which will dictate the cash flow of the operation.”

He said the outcome of the state government’s planned gold royalty increase would also have an estimated $4 million impact on the Matilda expansion plans.

“That, therefore, puts the plans to expand the operation at risk,” Mr Dixon said.

He said if the royalty increase came into effect, it would have a $1.7 million impact on the company’s profit, which would come straight out of its proposed $10 million in exploration spending for the year.

Saracen Mineral Holdings joined the ranks of mid-tier producers during FY17, reaching its long-standing goal of a 300,000ozpa run-rate, and managing director Raleigh Finlayson had some words of encouragement for the state’s juniors.

“The gold price can be quite volatile, so for junior miners the best thing they can do is to stay steadfast on what their plans are,” Mr Finlayson told Business News.

“There’s the old adage about under-promising and over-delivering. Delivery is one of our core values at Saracen and I think if you can do that consistently, your shareholders will be happy.

“Consistently deliver, and consistently put cash on the balance sheet. I think the market rewards handsomely for that.”

“It doesn’t happen overnight; you’ve got to build that pipeline of projects, spend the money, get the results back, analyse it and keep going,” he said.

“But we just need to make sure that, while there are cost pressures out there, if we all do it right we can all share in the spoils, and that goes from government to business, employees, suppliers and the community.

“If we do this right then we can make this a really special gold industry in WA.”

Blackham’s FY17 output result put the company on par with Pantoro, which produced 39,149oz for the year out of its Halls Creek operation in the Kimberley, which came online in September 2015.

The operation includes the Nicolsons underground mine, which is Pantoro’s primary source of high-grade ore, and a processing plant the company plans to feed 200,000 tonnes of ore through per annum as production ramps up.

Michael Fotios’s Eastern Goldfields recently made the transition to producer after pouring first gold at its Davyhurst mine, but that milestone was overshadowed by contractual disputes.

That included a disagreement with GR Engineering Services, which had carried out refurbishment work at the processing plant. The matter is heading to the Supreme Court.

Eastern also had a run-in with Genalysis Laboratory Services, which went to the extraordinary measure of seeking a court order to wind-up the miner so it could retrieve a $383,000 debt for its services.

That debt was promptly paid and the wind-up order was cancelled.

Southern Gold joined the BNiQ Search Engine list of gold miners this year after it was attributed 20,000oz in annual production from processing campaigns at its half-owned Cannon gold mine near Kalgoorlie.

The other 20,000oz was attributed to joint venture partner Westgold Resources, which produced 266,910oz in FY17 from its three operations – Central Murchison, Higginsville and South Kalgoorlie mines, including Cannon.

The company is also planning to develop underground mines at the Central Murchison operation.

Closely linked gold miners Tribune Resources and Rand Mining – which share the same board of directors, major shareholders and even their South Perth headquarters – produced a combined 109,449oz from their stake in the Kundana gold operation near Coolgardie, of which Northern Star Resources is a joint venture partner.

The combined result outperformed Doray Minerals, which produced 102,054oz in the 12 months to June.

Doray has also substantially lowered its production guidance for FY18 to between 60,000 and 65,000oz, on the back of the upcoming closure of its Andy Well mine.

Its only producing asset post-November will be its Deflector mine, which it acquired in late 2015 through its takeover of Mutiny Gold.

The company is, however, focusing on development of its Gnaweeda deposit, which lies in close proximity to the processing facility at Andy Well.

Empire Resources, meanwhile, is on the verge of transitioning from an explorer to a producer, after it began full-scale open pit mining at its majority owned Penny’s Find mine near Kalgoorlie in May.

The company is trucking ore to two nearby mills, with an inaugural gold pour to follow soon.