Eclipse Metals has now completed its second phase of drilling at the Amamoor manganese prospect in Queensland, with manganese mineralisation intersected in every drill hole of the program. The successful program has now wrapped up with a bevy of samples dispatched to the laboratory for assay. 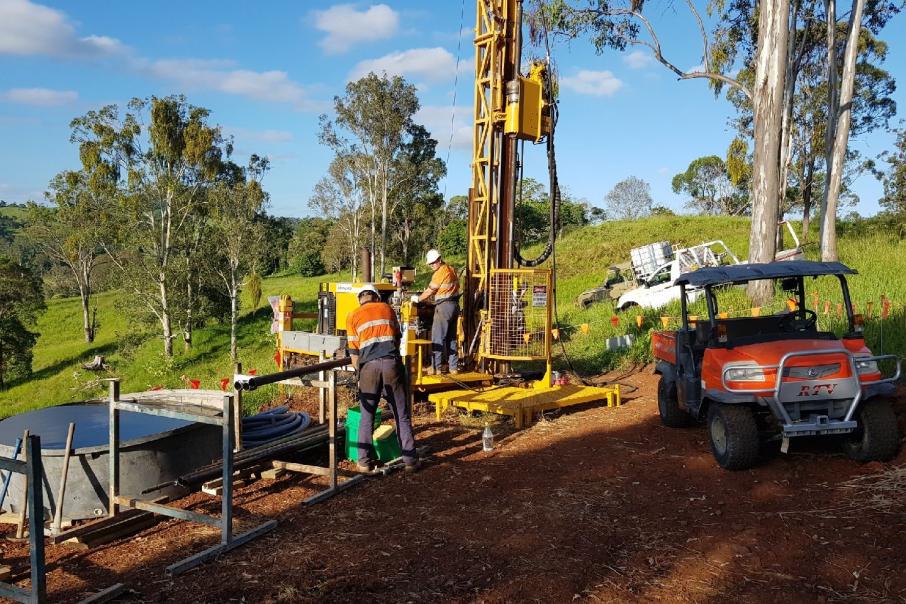 Eclipse Metals has now completed its second phase of drilling at the Amamoor manganese prospect in Queensland, with manganese mineralisation intersected in every drill hole of the program. The successful program has now wrapped up with a bevy of samples dispatched to the laboratory for assay.

The company’s drilling program across the extents of the old Amamoor mining area have delineated near-surface manganese mineralisation over nearly 300m of strike, with previous sampling over this area returning high-grade results in excess of 50 per cent manganese.

The program consisted of two phases of diamond drilling; the first phase of seven holes testing the deeper extensions to the outcropping manganese mineralisation surrounding the old mine workings; the second phase comprised of six shallow drill holes to test the wider zone of mineralisation down to a depth of around 20m below surface.

This second phase of drilling encountered some difficult ground conditions due to the brecciated and semi-weathered nature of the ores. However, Eclipse still managed to successfully intersect manganese mineralisation in all of the development holes. The thirteen drill holes from the two phases of drilling have now been sampled, with half core through the ore zones having been cut and dispatched to Brisbane for assay.

“The successful delineation of further shallow manganese mineralisation has increased our understanding of the geological controls. We have drill-tested areas for the first time such as the Northern and South/Central Prospects with great success as the extent of manganese mineralisation in these locations was unknown. We look forward to receiving assay data from the laboratory in Brisbane”.

A preliminary assessment of the Amamoor deposits indicates that the historic mining centre has the potential to deliver either a direct shipping ore, or “DSO” product or a high-grade concentrate for export and sale into the emerging electric vehicle battery market. Preliminary metallurgical studies show that beneficiation of the Amamoor ores produces a high-grade manganese concentrate, with a low phosphorus content and could be utilised in the manufacture of cathodes for lithium-ion batteries.

A simple open-pit mining operation at Amamoor would have access to a range of existing infrastructure in the region including power, water, roads, and rail that connects directly through to the port in Brisbane.  In addition, there is a highly-skilled mining workforce based in Gympie should the discovery proceed to development.

This current round of drilling demonstrates that the manganese mineralisation at Amamoor is more laterally extensive than anticipated. It has also highlighted the potential to develop into an open pit mining scenario which could, in turn, exploit these high-grade, near-surface deposits. The mineralisation also remains open at depth, representing a significant opportunity for the company as drilling continues to test the system in the coming months.

Aside from the historic mining area at Amamoor, the two other key prospects at Mary Valley identified by the company include the Donaldson’s and Eel Creek prospects in the north.

With the latest round of drilling at Amamoor having identified manganese mineralisation across an ever-increasing area at Amamoor, the additional prospects to test and a swag of samples in the lab awaiting assay, Eclipse is sitting pretty in the lead up the close of 2020. The company is now planning the next phase of exploration across the emerging manganese project, which will include additional geophysics, bulk-sampling and follow up drilling.