ASX-listed Eclipse Metals is casting an eye over nearly 20 kilometres of historic drill core from its Ivittuut project in southwest Greenland as it follows up rock chip sample assays of up to 34,400 parts per million total rare earth elements. 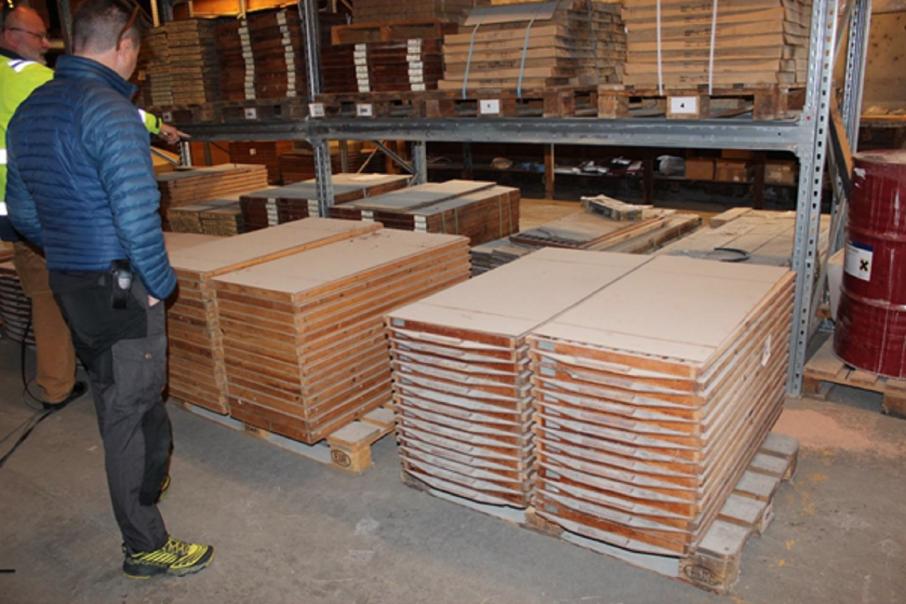 ASX-listed Eclipse Metals is casting an eye over nearly 20 kilometres of historic drill core from its Ivittuut project in southwest Greenland. Six diamond holes, totalling 750 metres, drilled into the Gronnedal-lka carbonatite have been earmarked for rare earth element testing with some samples already collected. Plans are afoot to cut and assay all the historic core at a later date.  The company is zeroing in on the potential of the rare earth mineralisation surrounding the carbonatite as it follows up on rock chip sample assays of up to 34,400 parts per million total rare earth elements.

Back in January, Eclipse acquired 100 per cent ownership of the large exploration tenure that includes the Ivittuut cryolite mine and the Gonnedal-lka carbonatite prospect and it is now looking to unlock a treasure trove of lucrative and somewhat interesting elements from it.  The magmatic intrusions of southwest Greenland host speciality metals including tantalum, niobium, beryllium and rare earth elements.  The company believes the project area to have serious potential for multi-commodity deposits.

The Gronnedal-lka carbonatite is 10 kilometres from the Ivittuut mine, 5km from the port of Gronnedal and contains increasingly sought-after rare earth elements.  Rock chip samples reported in March teased out tantalising relationships between the carbonatite and intersecting dykes with a swag of assays containing total rare earths of 10,997ppm, 15,647ppm, 24,525ppm and 34,400ppm.  The company believes faulting and fracturing associated with carbonatite intrusion and host rock alteration has implications for further rare earth element enrichment.

Last month Eclipse received a green light from the Greenland Government to commence initial exploration fieldwork at Ivittuut, including the carbonatite prospect.  Curiously the historic core discovered after it got boots on the ground was drilled over 50 years ago.

With buoyant prices and market demand on the rise for rare earth elements for use in technology applications such as electric vehicles and mobile phones, Eclipse’s timing looks to be good.

The carbonatite also contains abundant carbonate rock, which could be utilised by Greenland’s mining industry for purposes such as neutralising acid mine and processing water.  Eclipse could ship carbonate rock from Gronnedal’s existing port, potentially giving the company a wall of cashflows.

Eclipse’s Ivittuut cryolite mine is the world’s largest source of naturally occurring cryolite, a rare sodium, aluminium fluoride mineral used in aluminium processing.  At Ivittuut, the company has an approved programme of work including an overall ground assessment, sampling of mullock heaps and examination of geological intrusions.  Management is reviewing the potential to processes tailings and remnant stockpiles to extract cryolite, fluorite and rare earths; breathing new life into the historic mine and providing potential for near-term production.

The company has identified high-grade cryolite-fluorite zones within and beneath the Ivittuut pit using 3D modelling and has exploration targets for cryolite, fluorite, iron, zinc and quartz defined for the open pit.  The current plan also includes the re-logging, sampling and assaying of about 19,000m of historic diamond drill core.

Eclipse is fast becoming an expert at unearthing potential from long-forgotten drill core with a recent review of historical drilling at the Ngalia Basin project in Australia’s Northern Territory also serving up several shallow uranium, vanadium and strontium mineralised zones.

Eclipse has set an aggressive trajectory for Ivittuut with the next six to twelve months set to see a resource upgrade, a mining licence application, environmental assessment and dewatering. Management also has its eye on a project feasibility study within the year.