Podium Minerals is rapidly filling in the gaps along 15km of strike at its Parks Reef platinum group element discovery in WA’s Mid West. Multiple drill hits spanning around 1.2km of strike in the “eastern sector” of Parks Reef have turned up some remarkably consistent PGM mineral intercepts, including 13m at 1.49 g/t three-element platinum group metals from 57m. 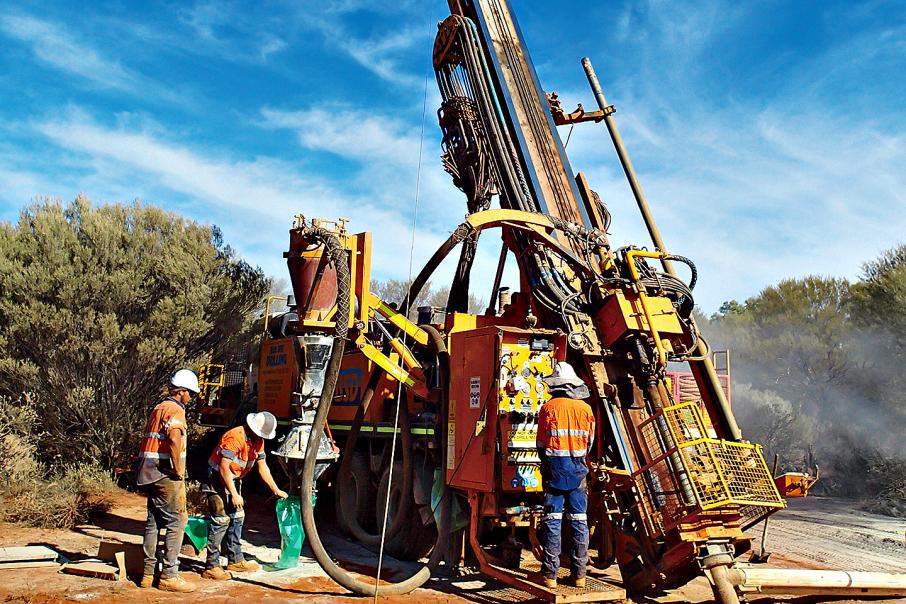 Podium Minerals is rapidly filling in the gaps along 15 kilometres of strike length at its Parks Reef platinum group element discovery in Western Australia’s Mid West.  Multiple drill hits spanning around 1.2km of strike in the eastern sector of Parks Reef have turned up some remarkably consistent PGM mineral intercepts, including 13 metres at 1.49 grams per tonne three-element platinum group metals, or “#E PGM” from 57m downhole.

Podium Minerals has the drill rods spinning along the remaining 6.5km of strike length at the 15km long PGM prospect which is not yet included in its inferred mineral resource.  The current mineral resource contains 1.39 million ounces of combined platinum, palladium and gold, with 53,900 tonnes of copper offering up some bonus base metal credits.

The current accelerated RC drilling campaign is vectoring in on both the eastern and western sectors of the reef trend and is set to deliver a further upgrade to the mineral resource inventory before the end of June this year.

Podium has noted some remarkable consistency in the numbers so far from its eastern sector drilling with two drill holes 200m apart giving up identical 3E PGM grades from intercepts at around 100m below surface.

The company said it was still awaiting detailed, multi-element assays for its recent successful drill holes in the eastern sector of the Parks Reef but expects those assays to back-up numbers like 15m at 0.2 per cent copper   and 2.10 g/t 3E PGM seen in previous drill results there.

Podium’s Parks Reef project is perched in the Murchison mineral field’s Weld Range, midway between Meekatharra and Cue near the headwaters of the Gascoyne River.  The port of Geraldton, located to the southwest of Parks Reef, is a likely export point for any ore shipped from a future mining operation there.

Whilst the company is reporting just the combined content of three of the platinum group metals, or “PGMs” at Parks Reef, namely platinum, palladium and gold, the presence of rhodium has also been noted in assays.  The spot price of rhodium has soared in recent years as the metal finds its niche in various technologies in the global tech business.

The 2021 drilling campaign is not only heading west in search of new mineralised zones, but Podium said it will also dig deeper, chasing the down-dip extension of the Reef.

Despite its current focus on delivering a feasibility study for the low hanging fruit within the first 100m on its ground, Podium is well aware of similar style PGE deposits in South Africa which are known to go as deep as 1km underground.

In an effort to improve confidence in the mineral resource along various parts of Parks Reef, Podium said it plans to add a diamond rig to the mix shortly.

The Perth-based PGM hopeful appears to be getting its ducks in a row now, perhaps even a 15km long row, as it ploughs on with its drill testing of the exotic-metal-rich Parks Reef.