Dredging for a solar salt operation at Shark Bay has won environmental approval, while the Gascoyne Gateway port near Exmouth will go to a public review. 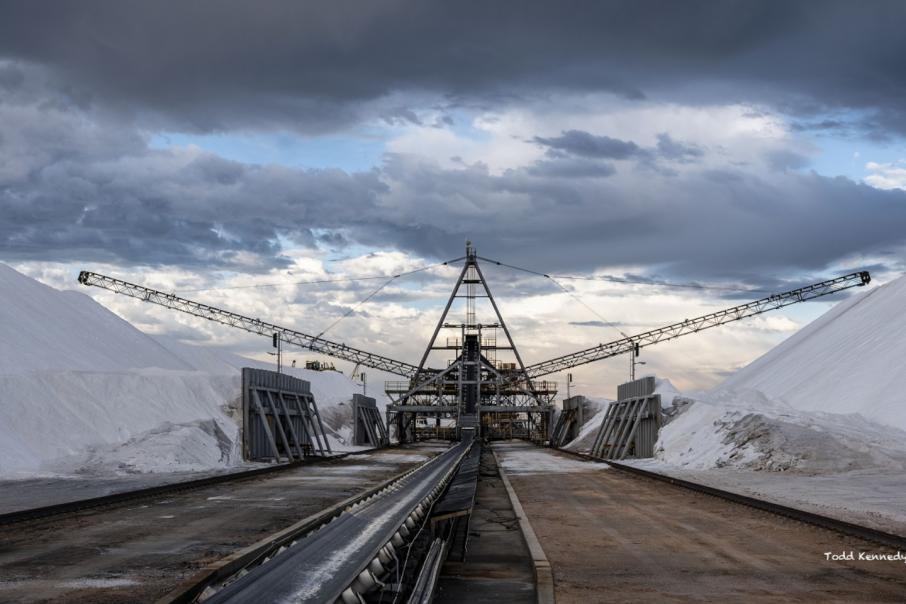 Dredging for a solar salt operation at Shark Bay has won environmental approval, while the Gascoyne Gateway port near Exmouth will go to a public review.

Shark Bay Resources has shipped salt from the operation since 1967, from the middle of the Shark Bay World Heritage zone.

The business is owned by Japanese trading house Mitsui & Co.

Shark Bay Resources applied to dredge 80,000 cubic metres of underwater material in its existing entrance channel, to be disposed offshore.

A further 10,000 cubic metres was to be levelled in the operation’s port berth pocket.

The pocket is surrounded by the Shark Bay World Heritage area and marine park but not included in it, although the entrance channel is.

The Environmental Protection Authority approved the project, with conditions.

The authority also said Shark Bay Resources had made amendments to reduce impact, including removing an inshore material disposal site, reduction in volume to be dredged, and other actions to stop contaminated sediments spreading.

Western Australia produced 12 million tonnes of salt in 2020, about 96 per cent of Australia’s output, according to the Department of Jobs, Tourism, Science and Innovation.

Further north, there’s a $100 million proposal to build a deepwater port near Exmouth, the Gascoyne Gateway.

That will go to a public environmental review.

The decision on the Gateway project comes after ongoing debate about development near Ningaloo.

That has included the Subsea 7 fabrication facility, which was cancelled, and a salt project led by K+S Salt Australia.

Protect Ningaloo director Paul Gamblin said he felt industrial development would be inconsistent with the Exmouth area, and that the Ningaloo heritage listing should be extended.

Mr Gamblin said the port's proposal to take cruise ships, oil and gas support vessels and others would disrupt the area's environmental values.

"We're very concerned about the likely impact of this project on Exmouth Gulf... a key part of the Ningaloo ecosystem," he said.

There were alternative ports available for industrial use nearby, Mr Gamblin said, while expressing doubt about the tourism benefit for the region from the development.

"Exmouth and Ningaloo are bursting at the seams at the moment," he said, with tourism increasing particularly after COVID-19.

Gascoyne Gateway has touted the project as a 100 per cent renewable powered port, and said the location was selected to minise dredging and impact.

Gascoyne Gateway managing director, Michael Edwards said the EPA assessment would be a chance to demonstrate commitment to environmental management.

“We are committed to setting a new benchmark in marine environmental management worldwide by creating Australia’s first green port and this level of assessment will help us achieve that,” he said.

“Some time ago we started a number of environmental studies that would support the EPA assessment process, including marine habitat surveys, shoreline movement assessments, coastal processes assessment and flora and fauna baseline surveys.

“This proposal is backed by the best science, and we are confident that it will hold up to the closest possible scrutiny.”

Former EPA executive chair Ray Steedman was recently hired as an environmental consultant on the project.