Investment uncertainty in the renewable energy sector hasn’t dampened demand, according to a local clean energy business, which is self-funding major growth plans it says are viable in the current market. 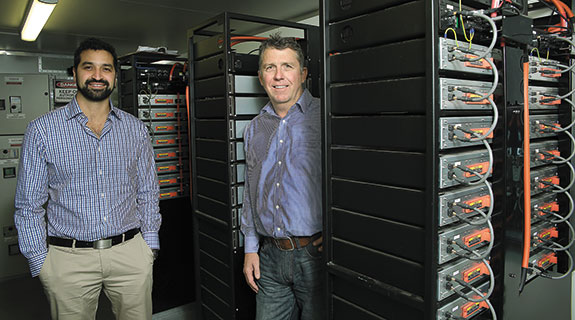 Investment uncertainty in the renewable energy sector hasn’t dampened demand, according to a local clean energy business, which is self-funding major growth plans it says are viable in the current market.

Energy Made Clean, a solar power and battery storage engineering, procurement and construction contractor is moving key staff to Canada and Brisbane to better respond to tender requests coming from businesses and governments in North America and the Pacific Islands.

The Osborne Park-based business is also developing plans to build small renewable energy power stations and sell electricity to customers in remote areas across Western Australia, after buying several plots of land in areas on the fringe of the grid in recent years.

EMC’s growth plans are backed by a $10 million reinvestment in the company from profits made over the past decade.

Much of this has gone on research and development, which has, in turn, determined product development and project decisions.

Chief among them is EMC’s current main business of developing commercial-scale renewable energy projects in WA, such as its recent multi-million dollar contract with CSIRO to build a 1.6 megawatt solar power station that will power part of the Australian component of the world’s largest telescope, the Square Kilometre Array.

Another major focus has been the installation of rooftop solar on commercial buildings in WA.

More recently, EMC has tapped into a growing call from farmers and remote customers for rapidly deployed power-on-demand products, consisting of solar PV panels movable by forklift and fitted to customised battery storage and inverter rooms.

EMC chief executive John Davidson told Business News the company was now partnering with overseas-based electricity providers to provide remote renewable power solutions, including in Alaska and the Philippines, in part because it wanted to retain its IP advantage.

“It’s about opportunity and being able to move quickly into these markets,” Mr Davidson said.

“We’ve got a couple of years’ jump on what the rest of the market has.”

EMC general manager Jamie Ally, who will move to Toronto next month to lead the North American expansion, said the company was responding to numerous requests from international governments and companies.

“We’re getting this constant flow of tenders landing on our doorstep and we know that we need to put people on the ground in new locations if we really want to expand,” he said.

“We’ve developed a track record here in technologies and competitive advantages we have discovered apply in international markets, and the time is right to do that expansion.”

Mr Davidson, who said EMC’s revenue was in the tens of millions, expected the company's growth in recent years to continue.