A panel of experts has told a Property Council WA event that drone delivery is closer to becoming a reality - and will require a re-think from planners. 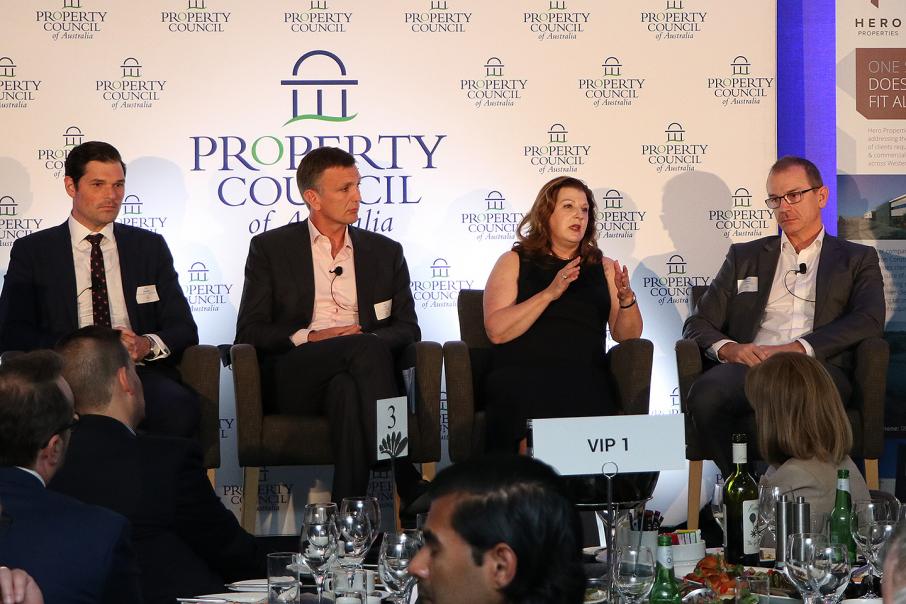 The panel at the Property Council WA Industrial Lunch discusses the changing nature of deliveries and associated logistics.

The idea of using horse trails as drone corridors to deliver online orders might have seemed laughable five years ago but a panel of industrial property experts last week acknowledged drone delivery was closer to becoming a reality.

Ms Miller said Australians did not just shop, they conducted product research, compared products and bought and returned products online – and about a third of the delivery cost for retailers was in the “last mile”.

“When we look at where we are in terms of omni-channel sales within Australia, we currently sit at just north of $27 billion,” Ms Miller said, adding that this will grow to $46 billion in the next three or four years.  She cautioned that few US retailers delivered goods profitably.

There was a case for “common infrastructure in that last mile”, Ms Miller said, but couriers such as TNT, Australia Post, Startrek and DHL were not ready for this.

Amazon was testing a truck and drone delivery system, where a truck would go to one suburb, park, send drones out to deliver and then move to the next neighbourhood.

Mr Shepherd said the planning system would need to be flexible enough to cope with drone delivery.

“They are large scale plays,” Mr Lisle said. “You need large volume to justify the upfront investment and it may be that by the time you really get that high-level automation … that drone technology, which sounds a bit far fetched … may not be that far away.”