Kia Dowell’s company aims to get businesses working together by way of traditional Aboriginal teaching principles. 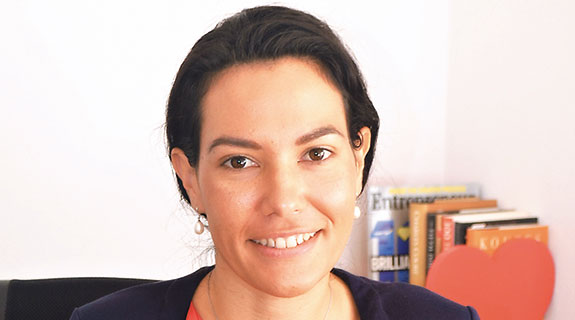 Kia Dowell’s company aims to get businesses working together by way of traditional Aboriginal teaching principles.

Kia Dowell co-founded The Cultural Connection Code two years ago, utilising her vast knowledge of Aboriginal business and many connections to develop a company that increased its revenue by 200 per cent after one year.

The organisation is designed to accelerate business and leadership development of Aboriginal and non-Aboriginal people and companies by incorporating traditional philosophies with global business models.

The business assists in the development of Aboriginal businesses and supports the individuals leading them.

The idea for The Cultural Connection Code came about in 2008, when Ms Dowell and Ms Harris discussed the idea of connecting Aboriginal culture with businesses; at the time, however, they recognised their lack of history in the

Strongly committed to their longer-term goal, Ms Dowell and Ms Harris decided to pursue independent careers and build a contact base while becoming professionally established.

When they came together again in 2013 to organise the East Kimberley Aboriginal Achievement Awards, the women realised the depth of engagement needed to connect across cultures in a way that achieved business objectives and made positive contributions to the community.

It’s an experience that has stood them in good stead; in the two years since The Cultural Connection Code was established, it has provided training for more than 350 Aboriginal and non-Aboriginal people across Australia, with more than 50 organisations involved.

Rio Tinto, Macmahon Holdings and Curtin University are among its clients, and the founders have set a number of strategic goals over the next three years, including the establishment of its first international project and partnership.

Its other targets for the next three years include growth and diversity of the services offered, as well as a growth in its team and revenue.

Ms Dowell said she valued the traditional Gija principles for intuitive leadership based on a heart-based connection and interconnectedness between past, present and future.

The Business News 40under40 winner said her goal was to build The Cultural Connection Code into a business best known for redefining how enduring social change was created in Aboriginal communities – through enterprise, wealth creation and community ideals.

However, Ms Dowell said her definition of success had evolved over time.

At just 14 years of age as part of a national basketball scholarship program, she set four goals: to play basketball in the US; to wear the green and gold; to go to university; and to run her own business.

By the age of 25 she had achieved the first three, and three years later the fourth became a reality.

Together with Ms Harris, Ms Dowell discovered there are specific steps for businesses to create a cultural linkages and effectively operate in a culturally connected economy.

While culture and family have been major influences on Ms Dowell’s success, she also attributes many of her achievements to her mentors’ influence.

“I have learned that in order to be the best at something you must surround yourself with people who have already paved the way,” Ms Dowell said.

In recognising the importance of mentors in a professional career, Ms Dowell counts her mentorship of young Aboriginal women among her personal community contributions.

She also provides speaking and mentoring to a number of organisations, including indigenous educational support program Aime and the Indigenous Communities Education and Awareness Foundation; Ms Dowell is also an independent director at The Clough Foundation.

In keeping with the Gija principles of community, Ms Dowell said she hoped to benefit the business community and the broader community as a whole.

“(My vision is) to shift the way Australia and the world not only perceive Aboriginal people and culture but also transform the way business and leadership operate in a new culturally connected economy,” she said.