The man behind the Perth expansion of Australia’s biggest architecture practice is expecting a quantum shift in the way projects are developed in the city. 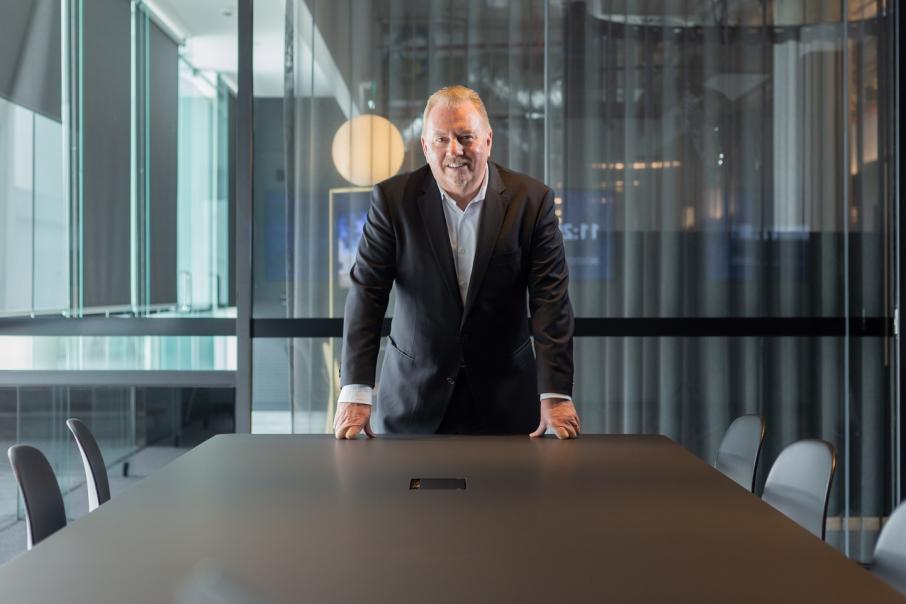 Mark Mitcheson-Low is upbeat around the prospects of growth for Perth’s development sector. Photo: Gabriel Oliveira

Architectus Perth managing principal Mark Mitcheson-Low knows a thing or two about the challenges of establishing a new design studio.

Prior to taking the reins of the national firm’s Perth office, Mr Mitcheson-Low spent more than 20 years at rival Woods Bagot, setting up its office in the WA capital, and also establishing satellite studios in Dubai, Singapore, London, New Zealand, San Francisco and New York in the ensuing years.

It’s that experience, Mr Mitcheson-Low said, that made him an ideal choice to set up Architectus’ newly opened Perth studio.

Mr Mitcheson-Low said there were several drivers behind the Perth expansion, not the least of which was an expected uptick in commercial and residential development over the next several years.

“I don’t think you’d leap ahead and build a studio for 40 people unless you were confident that you were going to fill it,” Mr Mitcheson-Low told Business News.

“Perth clients probably haven’t had a new national entrant for about 20 years,” he said.

“There were a lot of national entrants that came in around 20 years ago, HASSELL came in, then Cox was part of Forbes & Fitzhardinge with Steve Woodland, I was with Hobbs Winning at that stage and I brought in Woods Bagot.

“Since then, no major nationals have come in, particularly the largest architecture firm in Australia.

Mr Mitcheson-Low said he shared a view with Architectus’ national board of directors that Perth was on the cusp of a development upswing, but said expectations were beginning to rise in the city in terms of building design.

He said as the state government and local authorities continued to strive to establish Perth as a globally-significant city, developers’ strategies were maturing past simply achieving the lowest cost of construction and the highest profit margin.

“Developer-driven projects were always a race to the lowest price and the lowest fee, and clients were driven that way too,” he said.

“I think the sophistication of the tenants, the occupiers and the buyers has changed.

“Nobody wants everything to look vanilla - the standout projects will be the ones that are able to achieve a premium in their returns.”

Mr Mitcheson-Low said he expected a quantum shift to occur particularly in Perth’s apartment market, which has become increasingly competitive in recent years as developers jostle to secure sales in an unpredictable and volatile market.

“Even though there are a lot of residential projects proposed in Perth, I think the ones with the best locations and the ones that don’t try and necessarily suit the masses but suit the individual buyer that’s looking for something different and feel that they belong to a different club,” he said.

“Too often the brief that comes to the market is to put together something to suit the maximum amount of people, and I think there are niche markets that need to be targeted.

There are a whole lot of different demographics that aren’t being catered for; there are niche markets in Perth that need to be tapped into.

Everyone says that residential is saturated, but it’s only saturated with the cookie cutter stuff. If you have the right location and the right product, it still sells.

“That’s where the developers will win, the ones that really look at a niche market, do something different and come up with a different design than is normal.”

Mr Mitcheson-Low said Architectus would also endeavour to push the boundaries of design in Perth, embracing its natural attributes and its identity not only as a global resources hub, but also as an attractive coastal city.

To that end, he said Architectus’ Perth office would be filled with design professionals from across the globe, from existing Architectus offices elsewhere, or recruited from other firms.

“There is a particular architecture that Perth can aspire to, as long as we are building more buildings,” Mr Mitcheson-Low said.

“It’s like the difference between California and New York in America.

“In New York, there are very much different buildings than what you find in California - it’s the climate, it’s the culture, it’s a bit more relaxed, it’s more innovative, it’s not conservative, and those are the sorts of things I think about Perth.

“It should be more of a bright, positive, relaxed yet artistic and hopefully a lot more innovative, and the city buildings should reflect that.”