The state government is making a major push for more medium-density housing, but market conditions and community sentiment loom as major hurdles for developers. 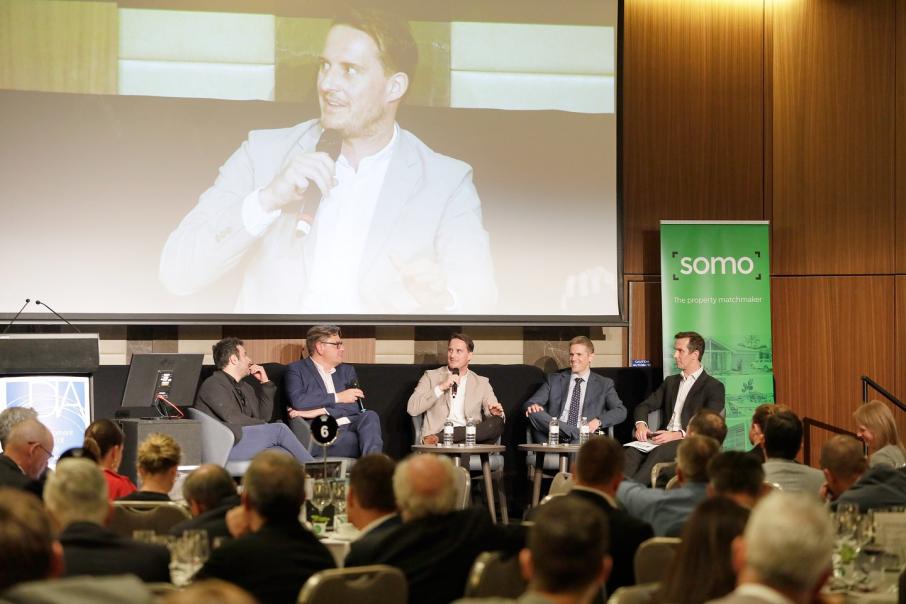 The state government is making a major push for more medium-density housing, but market conditions and community sentiment loom as major hurdles for developers.

With dwelling diversity a key component of Western Australian state government policy, developers are keen to embrace opportunities to deliver more density across the metropolitan area.

But while developers have state government support, winning the backing of local governments and suburban communities is looming as a significant challenge.

Earlier this year, the state government put in place a medium-density development panel of 15 organisations which will shape the rollout of projects on Housing Authority-owned land.

The panel will address what’s been described as the ‘missing middle’ – the midway point between house and land packages on the outskirts of the city and high-rise apartment projects closer to the CBD.

Other dwelling types that come under the definition can include villas and small apartment developments.

Data from the 2016 Census showed medium-density housing made up just 14.5 per cent of the total dwelling stock in WA, a situation the state government is keen to improve via its development panel, leveraging opportunities that arise through the rollout of its Metronet public transport infrastructure plan and its new precinct design policy.

Unveiled earlier this year, the Department of Planning Lands and Heritage’s precinct design policy comprises a performance-based approach, setting out clear criteria to reflect not only the development site itself, but also the context in which it sits.

While community participation is at the core of the new policy, community sentiment and local government delivery remain major hurdles to project delivery.

In recent years, the proportion of apartments in Perth has risen as residents have been increasingly willing to embrace high-density living as opposed to detached homes on 500-square metre blocks in the outer suburbs.

Medium-density housing, however, had not enjoyed a similar renaissance, despite a desire from homebuyers to live closer to the city, Cedar Woods Properties managing director Nathan Blackburne told a recent Urban Development Institute of Australia panel discussion.

“I think as the urban fringe gets further and further away from the CBD and workplaces, there is an increasing demand for product that is better located,” Mr Blackburne said.

“People are increasingly prepared to make that sacrifice of the large backyard and the four bedrooms down to a smaller lot or a smaller product.”

But Mr Blackburne said a major impediment for developers was Perth’s challenging housing market, which was not entirely conducive to the rollout of medium-density projects.

“Unfortunately, with where the economy is at, medium-density and high-density projects only tend to work in the higher end, higher price point suburbs,” Mr Blackburne said.

“It is much harder to make them work in more affordable areas.

“But on the flipside, in markets like this there is a flight to lower price points – affordability plays a more significant role.”

And with projects difficult to get off the ground due to market fundamentals, Mr Blackburne said developers also faced significant challenges around community attitudes to density.

“Politics often prevails over policy, as vocal minorities, which are very coordinated, launch their campaigns, and it is a significant obstacle to the achievement of this policy objectives of this state,” Mr Blackburne said.

“We need to connect with the non-vocal majority and vocalise them. As demonstrated time and time again, communities benefit from product diversity.

“Product diversity brings people diversity and there is demand in inner urban areas for single bedroom townhouse product as well.

“Homogenous housing often equals mundane suburbs. The state government knows this, councils know this, and we need to deliver on these policies.

“In terms of authorities, state and local governments need to show stiff resolve in seeing policies through.

“There are great policies out there, it’s all we need in terms of delivering on the objectives, but stiff resolve is needed.

“That’s important in terms of the integrity of the policy – developers will give up if states and local government don’t see them through.”

Urbis WA regional director Ray Haeren told the panel that any increase in density in the many suitable locations around Perth was often met with a chorus of community consternation.

Mr Haeren said many efforts to increase density in Perth in recent years had been stymied by local government authorities responding to community action groups.

“Most people, when you talk to them one-on-one, are well-informed – most people appreciate that by having appropriate density in good locations is a good outcome,” Mr Haeren said.

“It’s about having an informed dialogue on projects, understanding that vested interests aren’t just financial.

“People will oppose change because change is not something that us as human beings necessarily embrace.

“If we can have a rational discussion, acknowledging the fact that not everyone is going to be holding hands singing Kumbaya, then we can probably move forward.

“The issue is that the control of the debate is not being held by the majority.

“The control of the debate is usually being held by an angry micro-mob, courtesy of a Facebook page which can be seen by the entire community.

“Quite often these so-called community groups are not held to account.

“They can say blatant lies in public forums and are not held to account. That’s not democracy, that’s being dictated to by a few vested interests.”

Mr Haeren said the state government would need to seriously consider intervening over the top of local government authorities in key locations if it is to achieve its ambitious objectives of increasing density around Metronet precincts.

“The investment that goes into developing, maintaining and operating a rail network is a significant call to public purpose and the interest goes beyond who lives next door,” Mr Haeren said.

“I’m not saying they should be ignored, but the interest is much broader.

“The challenge we have in WA, particularly where we have fragmented local governments, where decision-making becomes so parochial and vocalised, that there is an inability to look beyond.”

Hillam Architects’ Felipe Soto said there appeared to be a disconnect between the state government’s aspirations and local governments’ visions for their suburbs.

“What we have found through a series of developments that we’re working on is perhaps there is a disconnect between what the city’s expectations are and what the planning scheme is suggesting,” Mr Soto told the panel.

“There needs to be a dialogue between local governments, developers and the community to understand what density means – there is a fear about the transition for existing suburbs.”

Educating the public is a key priority for DesignWA director Nic Brunsdon, who has been tasked with the challenge of delivering on the state government’s desire for better outcomes in medium-density housing.

Mr Brunsdon said many members of the community feared higher-density in their suburbs because of misconceptions of what it would actually mean, with many associating density with high-rise apartments.

“What we need to do is push the awareness and education of what medium-density is and what it looks like, because I think when you talk about density there is the fear of the visibility of what we are delivering,” Mr Brunsdon said.

“We think that it’s also important to look backwards and almost take a bit of pride in Perth’s built heritage.

“There are some great examples of maisonettes and walk-ups, which have sort of disappeared, and we’re trying to understand what happened.”

One of the developers on the state government’s medium-density panel is Nicheliving, which has modelled its business on affordable infill development since its inception in 2002. 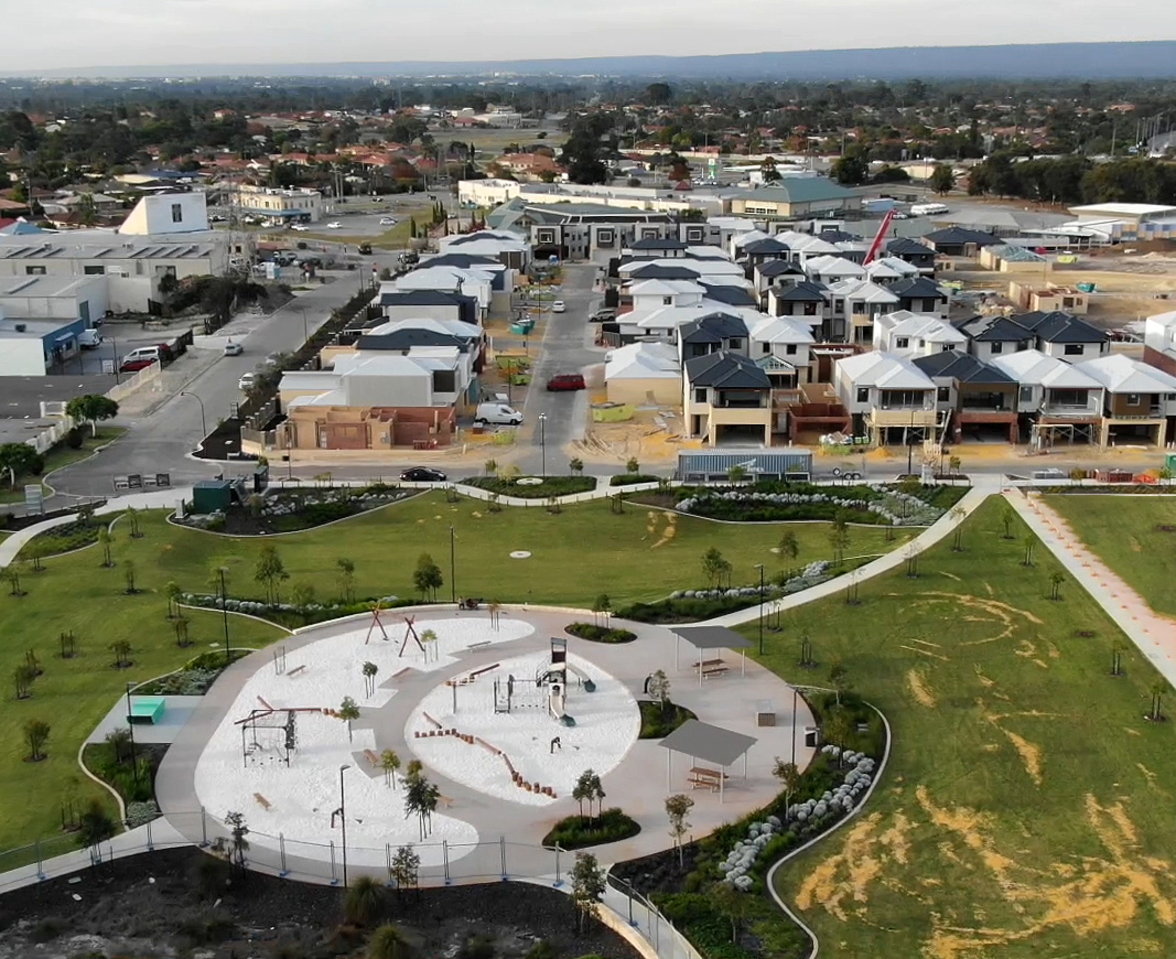 Nicheliving managing director Ronnie Michel-Elhaj told Business News he believed the missing middle concept was a misnomer, with the company’s pipeline of 25 medium-density projects a demonstration of sufficient supply to meet market demand.

“There will be the buyer that wants a traditional lot in the outer suburbs or there will be buyers that want high-rise.

“Medium-density is all location-based.

“We feel that based on our 25 projects that there is sufficient take-up.