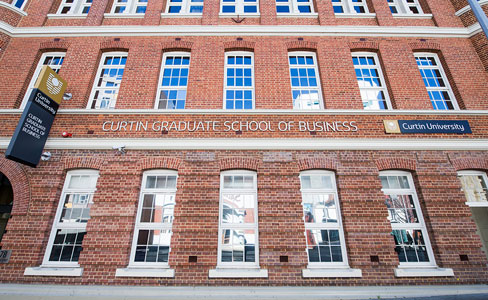 Curtin University’s Graduate School of Business is continuing to scale up the ranks of institutions with the best Master of Business Administration programme.

The full-time MBA course offered at Curtin has been ranked 46th in the world according to a survey conducted by The Economist magazine.

The magazine ranked institutions according to what students perceived as the most important factors making a well-rounded course, as well as its curriculum.

Like many sectors in Western Australia, Curtin’s improvement in the ranks to 46th this year from 58th last year has been aided by the resources industry.

The Economist stated MBA graduates from Curtin earned an average of $150,000 a year in their first job as mining companies had begun to recruit straight from business schools rather than train engineers in-house - a major benefit in the eyes of Curtin students.

Both the University of Queensland and Melbourne Business School were ranked higher than Curtin – slotting in at 27th and 38th places respectively. The University of Western Australia wasn't included in the institutions which The Economist considered in its rankings.

UWA was, however, ranked seventh in The Financial Review's survey of business schools - a survey in which Curtin did not enter as it gave preference to international rankings.

The Economist ranked the University of Chigaco’s Booth School of Business the best institution to study an MBA.