A team of Western Australian entrepreneurs is preparing to launch a new brewery designed to create employment opportunities for Aboriginal people, with proceeds from one of its beers to support returned servicemen and women. 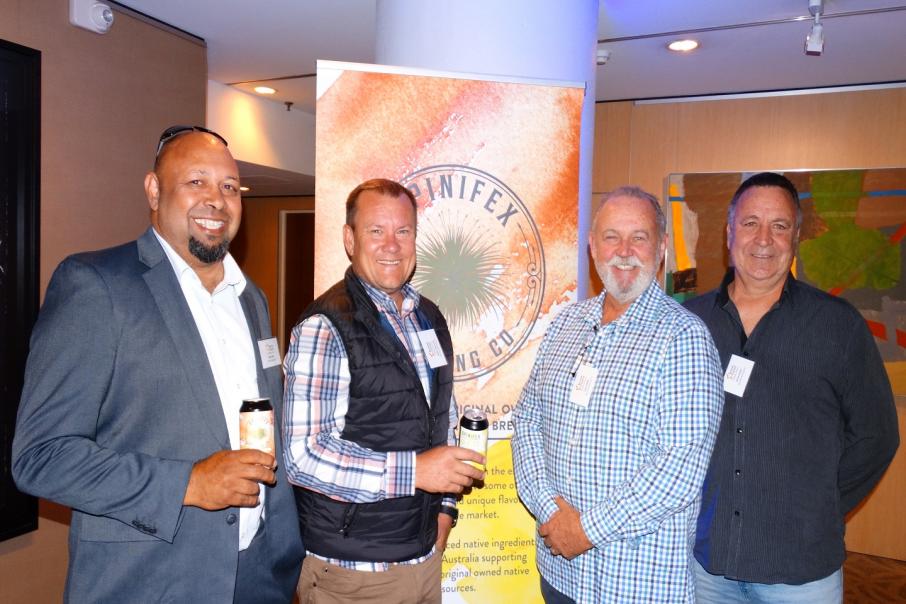 A team of Western Australian entrepreneurs is preparing to launch a new brewery designed to create employment opportunities for Aboriginal people, with proceeds from one of its beers to support returned servicemen and women.

Spinifex Brewing, which is majority owned by indigenous Australians, will launch early next month with a range of six beers, most of which are infused with native Australian botanicals.

The first venue in Perth to carry the beers will be the Cheeky Sparrow in Wolf Lane, with distribution across the state, targeted at WA’s most popular tourist destinations, to be finalised in coming weeks.

The Spinifex Brewing team comprises Noongar man Mick Little as the brewery’s managing director, master brewer John Gibbs and director of sales Adam Barnard, who is pursuing new tourism-related opportunities after selling out of the ADAMS tour business he founded earlier this year.

Mr Barnard told Business News the Spinifex Brewing business model had been designed to ensure maximum benefit for Aboriginal businesses in the supply chain, with native ingredients to be provided by indigenous producers in the South West.

Spinifex is working with indigenous-owned Niioka Farm, which is supplying lemon myrtle and wattle seed, while the brewery is also sourcing wattle seed and pepper berries from Woolkabunning Kiaka, formerly known as Roelands Mission, another Aboriginal-owned farming enterprise.

“We want to make WA part of our story,” Mr Barnard said.

“We have the ability to create a supply chain using Aboriginal people collecting the native ingredients for the beer, and when I look at it from a business perspective, the story of Spinifex is so good that in my mind it will sell itself.”

Alongside the infused range tailored for the tourism market, Spinifex will produce a lager known as F88, with 50 per cent of the profits from that beer to be donated to veterans-related charity groups.

The first charity to benefit from F88 Lager will be Connected By, a rehabilitation service provider established to support current and ex-serving Australian Defence Force personnel, first responders, and the general public.

“As long as the beer is good, which we know it is, it would be hard for you to sit in a group of mates and drink VB, supporting a global business, when you could be raising money for your mates and the people that have come before you,” Mr Barnard said.

Master brewer Mr Gibbs said Spinifex Brewing would launch under a contract brewing business model, with the infused range being brewed at Three Rivers Brewing in Mandurah, while the F88 Lager would be produced in larger quantities by a brewery in NSW.

Mr Gibbs said the goal was to establish a brewhouse within two years, while Spinifex was also evaluating the possibility of establishing microbreweries to produce the infused range on site in key tourism locations.

“I’ve always enjoyed beer of all sorts but I have an overwhelming passion to create something unique for Australia,” Mr Gibbs told Business News.

“The craft brewing scene has been wonderfully creative, but the idea for me is ‘let’s make some unique Australian beers’.

“A lot of people don’t realise what’s out there, what’s available and what sort of amazing flavours; we’ve got some fantastic products.”