SPECIAL REPORT: Third-generation family business R Moore & Sons is investing for its long-term future, which is likely to be under new ownership. 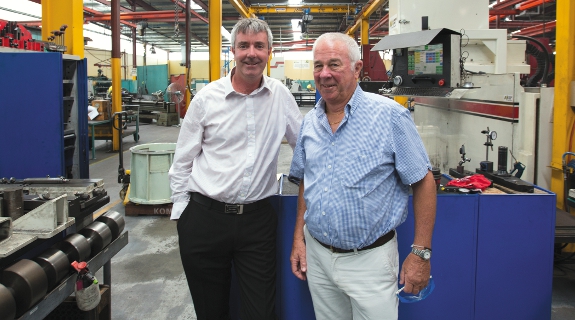 Third-generation family business R Moore & Sons is investing for its long-term future, which is likely to be under new ownership.

The family history at 95-year-old R Moore & Sons is proudly on display at the company’s Kewdale office.

The boardroom includes photos of company founder Robert Moore and his three children, and the North Perth workshop where he started the business in 1920.

Managing director Neil Moore and his brother, Warren, who are third-generation owners, have seen many changes over the years, including major asset sales to accommodate the needs of Robert’s children and grandchildren.

They can see more change on the horizon, including an end to family ownership, after the fourth generation pursued careers outside the family business.

“We’re the last, my brother and I,” Mr Moore says in a matter-of-fact way.

Long-serving general manager Stuart Davis and members of his management team already hold equity in the business and it’s likely they will move to full ownership.

“Warren and I would like to see these guys take over from us; we’re getting towards 70 years of age, we can see the finishing line coming up,” Mr Moore said.

The business specialises in the inspection, testing and remanufacturing of diesel engine components.

Its specialist focus contrasts with earlier times, when the business expanded interstate and diversified into other activities, such as dealerships for Nissan trucks and the Moore Power automotive engine business.

Most of these operations were sold to allow second and third-generation family members to take equity out of the business.

The business is now focused on making investments that will enhance its core operations.

“It’s very analytical the way we look at things, there are no emotive decisions made,” Mr Moore told Business News.

Mr Davis, who has been with the business more than 20 years, has a similar approach.

“We are conservative by nature as a company; every investment we make is very measured,” Mr Davis said.

The company’s core market is the mining sector.

As Mr Davis says, every HaulPak and excavator runs on a diesel engine, and they all need to be rebuilt every few years.

But like most mining services businesses, R Moore has been affected by the cost savings and cutbacks implemented by the miners.

To ameliorate this, the company has diversified into sectors such as power generation, marine, rail, agriculture and transport.

“We’ve worked extremely hard over the past five or six years to get a spread of industries,” Mr Davis said.

The company’s biggest competition is from offshore.

“The biggest advantage we’ve got, not just R Moore & Sons, but the industry here, is that we do produce a very high-quality product,” Mr Davis said.

“If we’re not cost effective we know it will go offshore, and that’s the last thing we want.

Mr Davis said the company had consistently invested in training and typically had up to six apprentices out of 40 staff in total.

“We’ve always employed apprentices; that’s where the industry has dropped the ball,” he said.

“It’s so important that the older generation passes on their skills to the next crop coming through; if we lose those skills locally the work will go offshore.”

Mr Davis said some of the big miners and equipment manufacturers send apprentices to R Moore to get specialist skills.

The company also focuses on employing for the long term.

“In 20 years we’ve never laid off an employee through lack of work,” Mr Davis said.

To maximise efficiency, the company has invested in state-of-the-art equipment, including computer-controlled machining equipment.

It has also recently installed a rooftop solar power system and a wastewater recycling system.

“A lot of companies are struggling with how to treat their water,” Mr Davis said.

R Moore’s system means caustic water is treated on-site and used on garden beds, rather than trucked away.

As a result, other businesses are sending engine-cleaning work to R Moore.

The company introduced a 100-kilowatt solar system because its power bill was going up even though power usage hadn’t grown.

It involved installation of 396 panels on the workshop roof and delivers 30 per cent of the company’s power.

“It makes economic sense to do it, and it’s also environmentally friendly,” Mr Davis said. 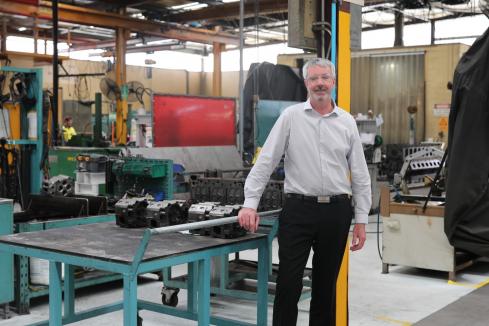