A laboratory on Collie Street in Fremantle is home to a WA business that revolutionised global donor and patient transplant matching. 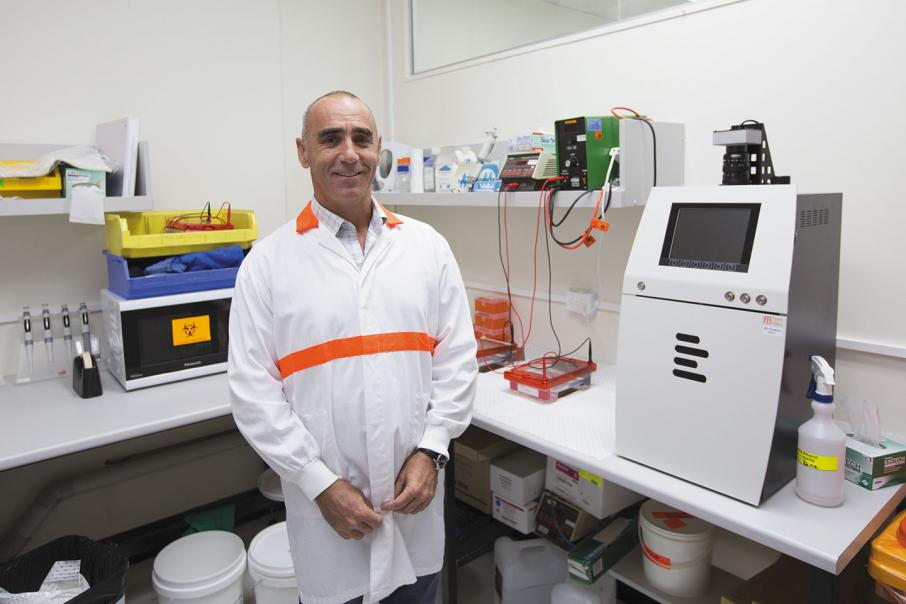 A laboratory on Collie Street in Fremantle is home to a WA business that revolutionised global donor and patient transplant matching.

The back streets of Fremantle are perhaps a fitting location for a Western Australian life sciences company that has quietly gone about the business of becoming a global pioneer in transplant genetics.

“We had the idea that DNA sequencing would be a really good way of accurately tissue typing, and there were no DNA sequencing tests at the time, let alone analysis software,” Dr Sayer told Business News.

“There was a big gap in the market, which we stepped in and filled.”

Tissue typing is a test that involves assessing the compatibility of body matter, such as bone marrow, from donors and patients prior to organ transplantation.

Identifying a perfect match via tissue typing has been evolving since the 1960s, and recent research suggests that the most suitable donor for a patient with leukaemia is an unrelated person.

Dr Sayer said that, prior to Conexio’s developments, there were only basic techniques to deduce a tissue type sequence.

Dr Sayer completed a biomedical sciences degree at Curtin University and shortly after secured a position as a scientist in the department of immunology at Royal Perth Hospital, where he was responsible for the immune genetics and transplant labs.

Tissue typing was just one of the disciplines within the immunology department to which Dr Sayer was drawn.

“I just really enjoyed it – it’s one of those tests where you couldn’t put the blood into a machine and the machine spits out an answer,” he said.

“It was a balance between art and science in order to tissue type accurately back in those days.”

During his time at Royal Perth, Dr Sayer undertook a PhD at the University of Western Australia specialising in the application of DNA sequencing in medical science, and started implementing his studies back into development at the hospital.

Through these developments, Dr Sayer and Dr Goodridge introduced DNA sequencing as a routine clinical technique, enabling Royal Perth Hospital to be the first in the world to do all of its tissue typing by DNA sampling.

The two business partners saw an opportunity to take what they had developed outside of the hospital system and continue it commercially, founding Conexio Genomics in 2002.

More than a decade later, the business’s technology is now used in more than 200 laboratories around the world, with the Conexio brand renowned in the transplantation genetics market.

Despite having a strong global presence and reputation, Dr Sayer said competition and geographical limitations imposed significant challenges for the ongoing expansion of the business.

“Now what’s happening is that a lot of the big companies manufacture the instruments, so they can bundle reagents and hardware, which is impossible for us to do,” Dr Sayer said.

“Unless the state has the ability to manufacture all the hardware that sits around what we do it’s impossible for us to stay here, the state doesn’t have the ability that California or San Diego does.

“We had to focus on increasing our value through our intellectual property.”

American company Illumina bought Conexio earlier this year, following on from a partnership arrangement between the two in 2015.

Dr Sayer said Conexio was developing new technologies from its patented IP that Illumina recognised as a good fit for the future development of its next generation sequencing instruments.

Illumina now owns all the shares in Conexio, but Dr Sayer said the Perth facility would continue to go about its work as usual.

“We’ve brought export dollars into the state and we’ve given Western Australia a good name with large biotech companies globally,” he said.

“I like the fact that we provide to a global market on Collie Street in Fremantle.”