OPINION: Businesses need to step up and work with schools to support initiatives and programs to counter online bullying. 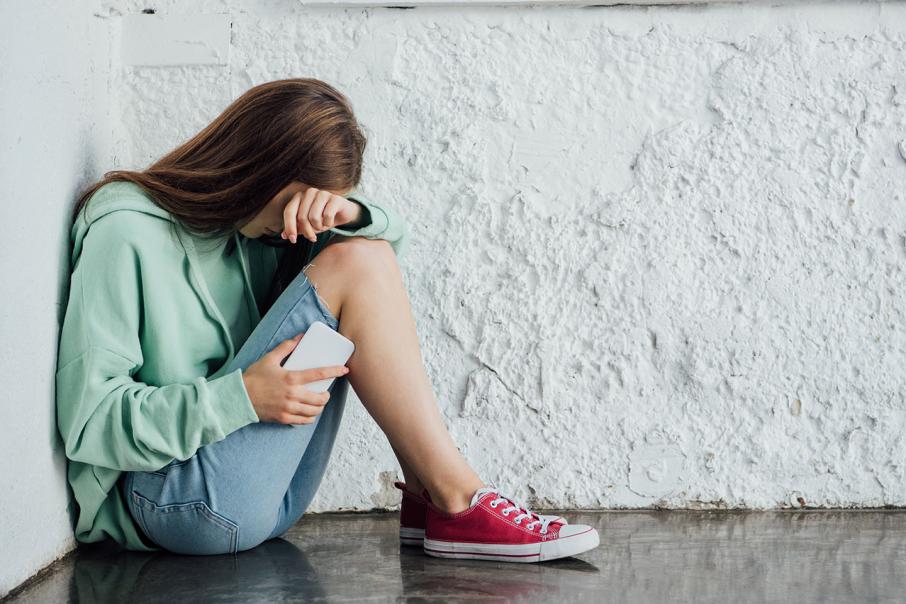 Already a problem in schools, cyberbullying and its effects are also seen in the workplace. Photo: Stockphoto

OPINION: Businesses need to step up and work with schools to support initiatives and programs to counter online bullying.

Cyberbullying is the use of mobile phones, computers and laptops to send, post and share negative, harmful or malevolent content with the intent of creating embarrassment, humiliation and even psychological distress.

Many experts believe we are experiencing an epidemic of this disturbing conduct in our schools.

The mediums through which spiteful, cruel and malicious content can be distributed to hurt others are endless and include social media, email, instant messaging and SMS.

It is well documented that cyberbullying in our schools is on the rise. Research undertaken recently by headspace’s National Youth Mental Health Foundation revealed that 54 per cent of young Western Australians had experienced cyberbullying at one point in their lives.

While all kinds of harassment are damaging, the impact of cyberbullying can be particularly distressing.

Cyberbullying, for example, is more persistent than traditional bullying because it often does not stop when the victim leaves the schoolyard; it can continue into the home and at all hours of the day and night.

Cyberbullying is often also permanent and more public. Hateful or derogatory comments are posted online and, if not removed, subsequently form part of the victim’s digital tattoo, which can cause ongoing significant damage to the reputation of an individual.

And because cyberbullying is often silent in nature, teachers and parents might not hear nor observe attacks in the same way that others can witness traditional forms of bullying.

Labelled ‘digital self-harm’ and often described as the hidden side of adolescent online aggression, it involves students anonymously posting hurtful and often degrading comments about themselves online. Those very students subsequently create separate online identities who carry out the task of posting humiliating or abusive comments targeted at themselves from themselves.

While school leaders and health professionals remain perplexed as to why students might engage in this form of self-flagellation, the emergence of digital self-harm does take the prevalence of cyberbullying to an even more disturbing and complex level.

While many WA business leaders across the corporate, government, not-for-profit and community sectors empathise with their counterparts in schools, they remain unaware of a storm gathering momentum and preparing to hit workplaces harder than a bolt of lightning.

While cyberbullying might appear to be confined to the schoolyard, the problem is starting to spill over into the broader community, including business.

Those tech-savvy bullies who have caused unprecedented damage to their peers in the schoolyard are finishing their time at school and moving into the workforce. Collectively, they have the potential to create morale problems, purge productivity, fuel mental health issues and cost WA businesses millions of dollars each year.

For the cyberbullies who have graduated from school and are now landing in workplaces around the state, the possibilities of attack are endless. Disturbingly, unsuspecting colleagues are often unaware they have been targeted until long after an attack has been launched.

While the most frequent and potentially damaging forms of workplace cyberbullying make use of social media to share rumours, outright lies or even personal photos, tech-savvy workplace cyberbullies are becoming more sophisticated and daring in their attacks.

They can now post threatening messages on a colleague’s social media site, set up social media profiles to make fun of a co-worker, and even hack into a colleague’s personal accounts and torment them within their own user profile and among the victim’s connections.

And just like in the schoolyard, workplace cyberbullying can inspire a pack or mobbing mentality to leave victims extremely isolated.

Worryingly, it is not just schoolyard bullies who end up in the workplace. Their victims do, too.

The pain, emotional trauma and anguish of cyberbullying in a school situation is likely to live on long after an attack comes to an end, and well into the workplace. That poses yet another challenge for businesses, which end up having to provide support to employees for bullying that took place years before, and beyond the confines of the office door.

The bottom line is that tech-savvy bullies, whose behaviours have not been eradicated or at least contained during their school days, will most likely move into workplace roles believing the way to get ahead is to bully others. As part of that process they will bring with them a raft of new technology-led weapons to assist.

What we need now is businesses to step up and work with our schools – by investing time, money and resources – to support initiatives and programs designed to curtail the widespread and growing cyberbullying culture prevalent among many young people, who are our next generation of employees.

If we can help to wipe out this plague in schools, every business will be the winner.