An inquiry into Western Australia’s development assessment panels has recommended a more transparent process to deal with complaints regarding decisions, but has ruled out allowing third-party appeals. 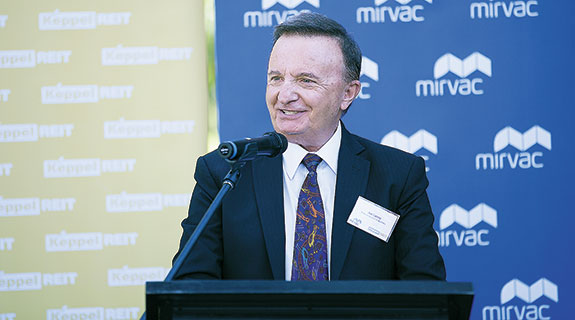 An inquiry into Western Australia’s development assessment panels has recommended a more transparent process to deal with complaints regarding decisions, but has ruled out allowing third-party appeals.

The state government commissioned a review on the operation of DAPs in WA in October last year, to assess how effective the panels had been since being established in 2011.

A DAP assessment is required in all jurisdictions for projects valued at more than $20 million.

The system has come under close scrutiny in recent months, particularly in South Perth, where there has been a groundswell of opposition regarding a series of approvals of large-scale apartment projects.

That opposition resulted in a South Perth residents group launching Supreme Court action against a 29-storey tower at 74 Mill Point Road early last month, with the residents claiming the DAP had applied the wrong planning guidelines to justify what they thought was excessive residential development.

Statistics released recently by the Department of Planning showed there was a total of 209 projects assessed by DAPs in 2014-15, with just 24 of those being refused.

One of the key recommendations of the report was for the Department of Planning to create a more accessible and transparent process for stakeholders to make complaints about panels’ decisions, and to promote better awareness of that process.

However, the review resulted in two key findings: outdated and inconsistent local government planning policies had contributed to the types of decisions made by the DAPS; and there were no provisions in the system to impose penalties on local governments that did not review planning schemes.

Despite recommending a clearer complaints process, however, the inquiry also ruled out introducing third-party appeals to planning decisions.

Property Council of Australia WA executive director Joe Lenzo said the inquiry was an endorsement of the DAP process, and lauded the committee for not allowing third-party appeals.

“We certainly didn’t want to have third-party appeals going to a DAP because that takes away the very essence of why we’ve got a DAP, which is to move things along and to make sure that things are looked at from a professional point of view,” Mr Lenzo told Business News.

“If we started going to appeal processes we might as well not have a DAP and it would make it just as cumbersome as the process we tried to fix.”

“We’re not saying they shouldn’t be on there, like South Australia has done and removed local government representatives altogether from their DAPs,” he said.

“What we’re saying is it’s important that local government goes in there with an independent view and makes a decision on merit, rather on their constituencies.”

The state government has two months to respond to the report’s findings.