Keeping people out of hospital can be as simple as a Skype session with a general practitioner, but confusion over who pays for what is thwarting adoption of such technology. 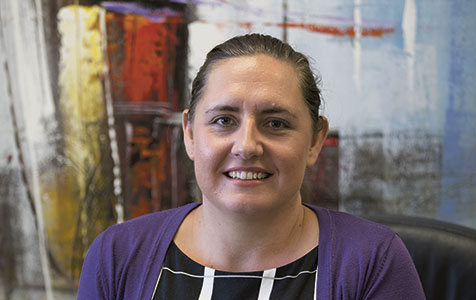 In the year to June 30 2014 the state government will pay 7 per cent more than last year to run Western Australia’s hospitals, with more patients adding to the cost pressures.

The numbers are staggering, with total inpatient numbers of 606,000 and emergency department visits of 935,000 expected.

However according to research published in The Australian Health Review, some of the extra cost could be avoided, as 70 per cent of patients occupying ‘acute’ hospital beds don’t need to be there.

Instead, they could be getting the help they need through residential aged care facilities, palliative care, rehabilitation services or other community based care.

Furthermore, the research found that elderly patients waiting to be transferred to nursing homes are occupying a significant number of Australia’s hospital beds.

Such patients could be waiting a while if they are in Western Australia, with the chief executive of aged care industry body Leading Age Services, Beth Cameron, saying the sector is more or less at capacity.

“In other states, some aged care providers are running at about 70 per cent capacity, so they’ve still got space, but in WA it’s very rare that you would see that,” Ms Cameron told Business News.

And the situation is projected to get worse, as aged care providers believe government funding is not adequate to cover the costs of building and running facilities, especially in high-cost WA.

“I talk to a lot of people on aged care organisation boards and they’re not confident about investing in a new project because it’s just too uncertain and it’s so highly regulated in WA,” Ms Cameron says.

Consequently, providers are not taking up the federal government’s funding allocation for aged care beds.

Currently, funding is available for a further 3,000 aged care beds in WA, but providers are unwilling to commit to building facilities to house them.

The result is that WA’s hospitals are being overwhelmed with elderly Australians who should be receiving care in the community.

Part of the answer, Ms Cameron says, is the adoption of technology to monitor those needing care.

She says technology is increasingly being employed to remotely monitor people at risk of incidents and recognise problems at an early stage.

“It’s about giving people the appropriate care at the appropriate time, so rather than someone ending up in hospital they’ve got someone (monitoring their vitals) and saying they’re going to visit if something looks abnormal,” Ms Cameron says.

The concept is also applicable for remote locations where people can’t access the medical help they require, which in many cases results in a hospital stay.

“In connecting people to the specialist they need at an earlier stage, that’s going to prevent things getting out of hand or problems being exacerbated,” Ms Cameron says.

Despite the potential benefits, the uptake of such ‘telehealth’ initiatives is rare.

The state government has been trialling telehealth services across the southern inland catchment through the WA Country Health Service, mainly via videoconference links with general practitioners and specialists in Perth.

Aside from that, federal government funding of just more than $3 million for two NBN-enabled telehealth projects is the only other significant investment in remote monitoring of at-risk patients.

The Gillard government actually cut funding for telehealth incentives in the 2012-13 budget, with incentives for healthcare providers to take up telehealth services ending in July 2014.

According to Ms Cameron, those cuts exemplify the government’s lack of recognition about cost-savings offered by technology.

“Given the projected demand for care and limited skills and services particularly for remote people, I think that it’s incredibly important that we optimise our use of technology in this space,” Ms Cameron says.

“And given how much it costs to build another hospital, and the pressure that an ageing population is going to have on increasing the costs, I think every cent that is put into telehealth is going to pay.”

Aged care provider Silver Chain has a different view on telehealth; chief executive Chris McGowan says the not-for-profit has used the technology and it has been helpful, but doesn’t believe it’s right for the service it aims to deliver.

“When you’re sick, you don’t just want treatment, you want care,” he says.

Silver Chain has discovered technology can help it deliver another form of in-community care; it operates a 500-bed ‘virtual hospital’.

It involves patients who would normally receive acute care in hospital remaining at home and cared for by Silver Chain nurses and doctors.

It costs the state government $24 million a year for Silver Chain to run the ‘hospital’, compared to the $400 million annual spend Mr McGowan estimates it would cost for a physical 500-bed hospital.

Mr McGowan told Business News Silver Chain had looked after many more patients than the funding had allowed for, thanks to the adoption of technology.

“We’re funded to look after 498 people on any one day and last year we averaged 693 on any one day; we’re able to do that because we’re efficient.”

He credits Silver Chain’s holistic computer system, a specifically developed electronic medical record, with these efficiencies, with complex rostering systems able to be reconfigured within minutes.

“The logistics aren’t the sexy telehealth things but it’s actually what delivers the care, so we have 700 beds instead of 500 for the same price,” Mr McGowan says.

The technology has been so successful Silver Chian has spun off a separate company as a subsidiary – EOS Technologies – to license out the ComCare system. About 20 aged care providers are now using the system.

But he says the business case for telehealth doesn’t stack up under the healthcare sector’s current funding model.

These conflicting agendas put WA in a similar position to many other jurisdictions worldwide when it comes to telehealth services – successive trials and pilots take place but nothing is put into place permanently.

David Glance from the University of Western Australia’s Centre for Software Practise says what’s needed is a cultural and long-term funding shift towards the adoption of technology.

“There needs to be a cultural change and investment in infrastructure; it’s not just a question of setting up Skype and doing sessions, you have got to have more infrastructure,” Professor Glance says.

Professor Glance has been involved in developing a personal health record being used by the WA Country Health Service in conjunction with its telehealth projects, but says a greater commitment is needed.

“The problem with some of these programs is that the government tends to invest in them in the short term and then they move on to something else,” he says.

Despite the role technology can play in reducing hospital admissions, the Australian Medical Association of WA’s staunch position on the need for more hospital beds remains.

Acting president Michael Gannon says the association is supportive of technology that reduced the burden on the healthcare system, but it could only do so much.

“The reality is that those inpatient beds remain the crux of looking after the sickest and most needy people in our community,” he says.