CHANGING market conditions have fuelled a trend towards strata property in the commercial sector, as owners respond by offering floors for sale as strata-titled stock to entice a growing number of financially constrained potential buyers. 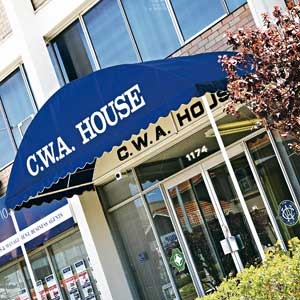 NEW DEVELOPMENT: The new office development at 1174 Hay Street in West Perth by Diploma will be strata titled, according to the Property Council. Photo: Jemma Howard

CHANGING market conditions have fuelled a trend towards strata property in the commercial sector, as owners respond by offering floors for sale as strata-titled stock to entice a growing number of financially constrained potential buyers.

According to Property Council of Australia analysis of the commercial market, volatility in the Australian equities markets and borrowing constraints imposed by the banks is making strata office investment more attractive.

At the same time, a number of owners of office buildings are offering floors for sale in buildings as strata titled stock, as they look to adapt their offering to suit current market conditions and downgrade their exposure to commercial property.

"Given a rental yield of around 7-8 per cent, strata office is an attractive investment option compared to term deposits, Australian equities market and superannuation."

GDI Property Group managing director Steve Gillard said that, up until recently, strata titling of commercial buildings had been more popular in the eastern states than in Western Australia.

GDI is currently selling the last of its strata offices in the recently renovated 12 St Georges Terrace, and is potentially eyeing strata for 251 Adelaide Terrace after undertaking extensive renovations in the building.

"People aren't as comfortable with it as they are in the eastern states," Mr Gillard told WA Business News.

"In New South Wales, Queensland and Melbourne, it's very popular to own your own office."

Mr Gillard said some companies chose to buy a strata suite to avoid rent increases with buying, in some cases, cheaper than paying rent.

During the boom, the amount of strata stock remained fairly static, however the tide has now started to turn, according to the Property Council.

About 3 per cent, or roughly 10,000sqm of new office developments in the Perth CBD are strata titled, including the Equus development at 580 Hay Street by Birchwood Consolidated.

In West Perth, 9 per cent, or 2,954sq m, of new office developments are strata titled, including 1171 Hay Street by Ridgecroft Holdings and Bullfinch Nominees, and 1174 Hay Street by Diploma.

Strata titled office space is currently on the market for between $10,000/sqm and $11,000/sqm for new Perth CBD and West Perth developments.