Polite disagreement is hard to find in the digital space. 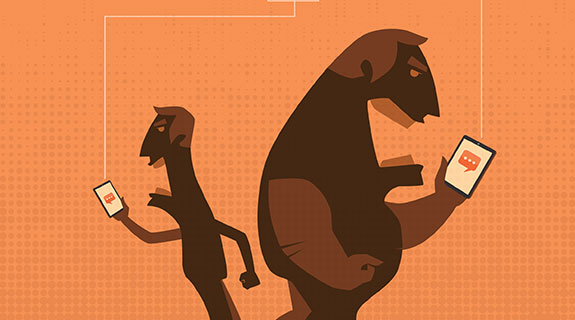 Polite disagreement is hard to find in the digital space.

RECENTLY I caught up with a friend of mine during their annual visit to Perth. Having grown up here, this person now lives in London.

A short time later I received a group email sent by my friend, who had since returned to the UK, showing concern about the level of construction and development that is clearly, and rapidly, changing Perth.

Included in the email was content from a ratepayers’ group opposed to high-rise development taking place in a particular part of the city.

While I get somewhat annoyed by the Nimby opposition to every development in town, I am also a property owner and understand there are many considerations when it comes to urban development of the type we have witnessed or seen proposed recently.

But this column is not about the particular development that was the subject of the email, or even the broader developments. Instead, I was intrigued by my friend’s decision to broadcast a view via email and the discourse that took place afterwards.

Quite frankly, I was heartened by the civil nature of this email discussion, despite a fairly clear demarcation between those who opposed development and others who were more pro-development.

The email thread wasn’t long but the few responses were considered, respectful of others’ opinions and, in my view, each added to the discussion.

It was so very different to how many digital conversations seem to be these days, where black and white views shout at each other across a deep and seemingly unnegotiable divide.

Too often differences of opinion, either in social media or comments online, simply result in a belittling slanging match where, presumably, the contestants believe that shutting down the alternative view is the only win that can be achieved.

Politeness that exists when most people have real human interactions seems to evaporate when either anonymity, or at least significant degrees of separation, provides cover for behaviour that would otherwise be intolerable.

In the email conversation started by my friend, to which I ultimately contributed, the respondents were anchored by a connection to the original sender – a level of familiarity that appears to have tempered their communications to a level of cautious respect for others’ opinions. Or maybe my friend just likes very nice, sensible people.

Whatever the case, it was quite refreshing. In the digital space, it is hard to find a place where people can speak their mind and be tolerated by those who disagree with them. Sometimes it doesn’t even matter what they say, they are shouted down for what they represent or views they have held in the past on other matters.

It is like two opposing protest marches facing off in the square.

Moderation does not exist, unless it refers to the ability of the web host – such as www.businessnews.com.au – to edit or remove a post.

Politics – especially in parliaments – has long been a bastion of this awful behaviour, but there are other places where it exists.

Talkback radio and TV shows such as the ABC’s Q&A thrive on it, but even in these cases the vitriol is nowhere near what people will say when hidden behind a Twitter handle.

Perhaps the closest thing to this hateful digital battle is the live protest, where big crowds often angrily drown out politicians who attempt to explain their decisions or policies.

Politics used to have a lot of this. Speaking on the stump at political rallies such as those that were held in Forrest Place came with all sorts of dangers from hecklers, who could sway a crowd or even shout down a speaker.

In such cases, the anonymity of the crowd offered similar protection – or courage – as the digital world does to those who want to express their displeasure at a person or their views. However, a charismatic or talented speaker, sometimes aided by the audience, can equally influence a crowd in many circumstances either by language, gesture or some other appeal to the goodwill of those listening.

In the online world, it appears to me, that too many people are deaf to reasonable argument or alternative views.