SPECIAL REPORT: Len Collard has embraced his destiny to educate a broad audience about Noongar culture and history. 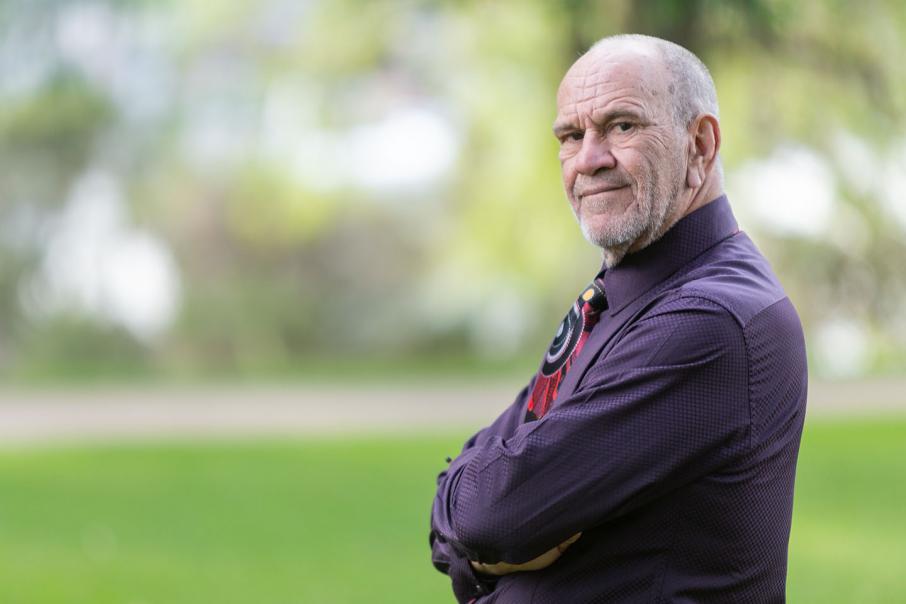 Len Collard has embraced his destiny to educate a broad audience about Noongar culture and history.

Whadjuk Noongar elder and chief investigator in the University of Western Australia’s School of Indigenous Studies, Len Collard, has a strong respect for the natural order of things.

However, that doesn’t mean his many achievements have come without significant effort on either his part or that of other members of the Noongar community.

Professor Collard says the origins of his work to spread awareness and understanding of traditional language and culture come from a particular view of the universe, as well as critical guidance he received from Noongar elders and
visionaries.

These conversations helped to determine that there would be a growing need for the expertise he would go on to possess and share with the wider world.

“Your destiny is in some senses chosen for you, but it’s whether you also choose to accept it and put in the necessary work, that is the question,” Professor Collard told Business News.

A study of his career to date suggests he has taken up the challenge with enthusiasm and success.

For several decades, Professor Collard has undertaken extensive research into the traditional culture and heritage of WA’s South West for the Australian Research Council, National Trust of Western Australia, and the Swan
River Trust.

He also imparts knowledge to more than 500 students of his Boodjar Moort Katijin (land/country, family/relations, knowledge/science) unit at UWA and has worked on ambitious projects such as pursuit of a ‘Noongar Wikipedia’.

Support for his work has also proved correct Noongar elders’ early expectations of there being increasing future demand for such efforts.

“Going back 20 or 30 years if you look at the public record, was there a lot of demand for Noongar language and culture, dancing, wearing kangaroo skin cloaks, smoking ceremonies?” Professor Collard asked.

“Probably not. But things have changed a lot since then; a lot of people have set up business models around that.”

Professor Collard said there was also strong demand for indigenous studies at universities other than UWA, which had resulted in an increased level of understanding of the roots of modern Australia and what
“makes us Australian”.

He sees Noongar culture exerting a similarly considerable and unbroken influence on other aspects of contemporary life, including the language of traditional owners being the “major corruptor of the way we speak in the South West of WA”.

Much of Professor Collard’s ongoing research focuses on clarifying and expanding knowledge around such language connections, with particular attention to geographical locations.

He said about 5,000 place names of Noongar origin were currently in use in WA, although the first European documenters of many did not always note correct, or often any, associated meanings.

Wider efforts to fill knowledge gaps around commonly used names and revive awareness of some seemingly lost to public consciousness are currently in the spotlight.

Prominent among them are a City of Fremantle proposal to officially apply the traditional name Walyalup to its surrounding area.

This follows successful moves to increase awareness and usage of Noongar nomenclature elsewhere, such as growing references to Derbal Yerrigan (the Swan River).

While some may attribute such outcomes to conscious decisions on the parts of the diverse 21st century inhabitants of the surrounding areas, Professor Collard instead highlights the triumph of Noongar traditions.

“We talk about truth and reconciliation … so we can only tell the truth about what these places are named and why they are named that,” he said.

While acknowledging the communal strength of Noongar heritage, Professor Collard is aware of the importance of stewards, of whom he is one, and those he is helping follow in his footsteps

“The work that I am involved  in will continue the Noongar role in caring for boodjar, moort and katitjin,” he said.

“My role in sustaining our relationships on, in and over country, will then be taken up by future generations.”